A suspected bomber who attacked Winners Chapel church in Kaduna has opened up on how he got the bomb. 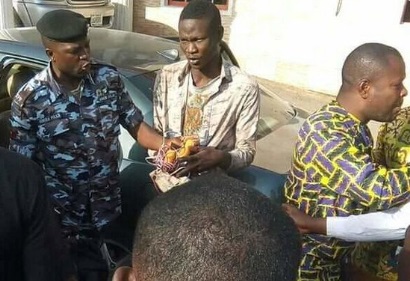 Nathaniel Samuel
The suspected bomber identified as Nathaniel Samuel caught in a church in Kaduna state has revealed he never knew what he had in his bag was an improvised explosive device (IED).
He spoke while being paraded at the state police command, the suspect said he thought the items were fireworks.
Samuel was arrested inside Winners Chapel, in Sabon Tasha area of Kaduna metropolis, on Sunday, with an IED reportedly concealed in his bag.
Addressing journalists at the state police command on Monday, the suspect said the “fireworks” were meant for decoration and he only discovered it was an IED when his bag was searched.
He said: “I went to the church in the morning at about past 8 am, so while I was sitting down, I was listening to the sermon from the man of God. All of a sudden, I had a stomach ache, so I decided to go and use the toilet.
“When I came into the church I was holding a bag which contained some of my items, some of my documents because a day before that day, I went for an event at Ngwamboro, Sabo.
“When we got to the station, they suspected they were fireworks meant for decoration.”
When further queried by the police, he admitted what he had was an explosive device.
He said: “We got it from the event through a lady I told them about and her name is Grace; when she gave it to me, I never knew what the devices were until after my bag was searched that I got to understand what they are. They are explosives.” 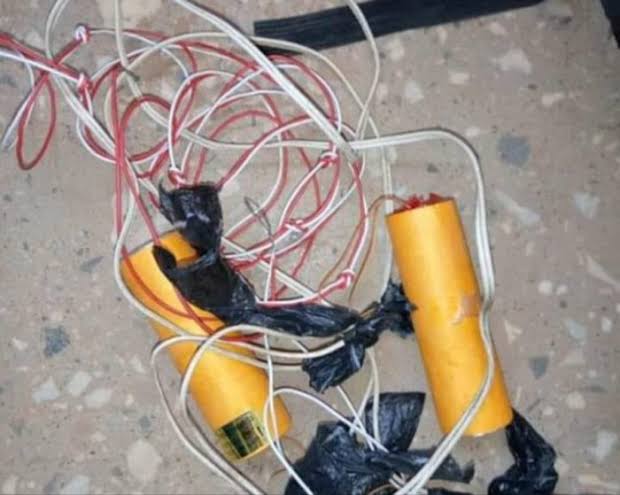