The management in charge of FUTO And UNIABUJA will have explanations to give after the discovery of N1.2 billion fraud. 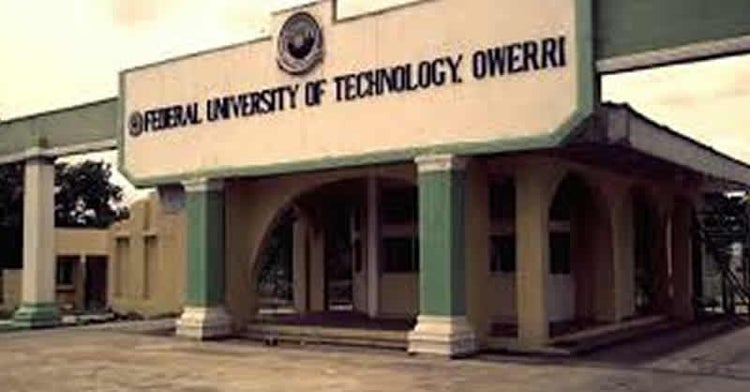 FUTO
The Federal Government’s audit report has revealed irregularities of more than N1.2bn in the 2015, 2016 and 2017 finances of the Federal University of Technology, Owerri, Imo State, and  the University of Abuja, according to a report by Punch.
According to the  2017 report from the Office of the Auditor General of the Federation titled, ‘Auditor General’s Annual Report on the Accounts of the Federation of Nigeria 2017,’ FUTO had more than N611m  irregularities in its expenses between 2016 and 2017, while UNIABUJA  had over N560m for 2015.
The report noted that the vice-chancellors of the universities during the years under review must be made to answer for the money unaccounted for.
For FUTO, the report highlighted about 10 areas where there were financial infractions between 2016 and 2017. These ranged from “payments without raising payment vouchers put at N43,543,129; payment of unapproved allowances put at N244,325,021, and payment to contractor for jobs not done at N34,252,304.”
The report partly read, “During the periodic checks conducted at the Federal University of Technology, Owerri, for the period January 1, 2016 to December 31, 2017, the following were observed; payments without raising payment vouchers – N43,543,129.34. Payments totalling N43,543,129.34 were made without raising payment vouchers, in violation of Financial Regulation 601 which provides that payment vouchers must be raised before any payment is made.
“Response from the university on the above issue failed to address the issue.
“The recommendation is that the vice-chancellor has been requested to account for the sum of N43,543,129. Also, sanctions stated in financial regulation 3106 should be imposed on the vice-chancellor.
“Also, payment of unapproved allowances put at N244,325,021.26. It was observed from sampled payment vouchers that a total of N244,325,021.26 was paid to staff as allowances for recharge cards, council incentives, security shift, contract addition allowances, etc., from personnel cost between 2016 and 2017. Documents conveying approval for such payments from the National Salaries, Incomes and Wages Commission could not be made available during the periodic check.”
For the University of Abuja, the  report noted that the institution had unaccounted payments put at N17,924,585; payment of unapproved allowances at N84,748,382, among other infractions.
The report added, “During the periodic checks of the University of Abuja, for the 2015 financial year, the following observations were made. One, unaccounted payments – N17, 924,585; 27 payment vouchers totalling N17,924,585 were paid to a staff of the university for printing services and jobs. The amount should have been made direct to the University Bookshop or University Printing Press rather than personal account of the officer.
However, there was no record of utilisation of the various amounts collected by the payee in order to ascertain transparency, probity and accountability of the transactions. Our recommendation is that the vice-chancellor is required to account for the sum of 17,924,585 and forward evidence to me for confirmation.
“Also, payment of unapproved allowances is put at N84,748,382. Furthermore, there is diversion of funds through fictitious contract which is put at N23,921,250.”
A civil society, Paradigm Leadership Support Initiative, while reacting to the report, asked the Independent Corrupt Practices and other related offences Commission and  Economic and Financial Crimes Commission to investigate the  universities and recover allegedly misused funds.
The PLSI Executive Director, Olusegun Elemo,  said in a statement, “Anti-corruption agencies, particularly the ICPC and the EFCC, should investigate the transactions and recover the money  and return it   to the federal  treasury.
“The university authorities should also ensure strict compliance with relevant fiscal provisions and procurement laws in the implementation of new contracts.”
Top Stories