Yahoo-Yahoo Boys Arrested With Their Exotic Cars In Lagos (Photos)


Nine internet fraudsters have been apprehended by men of the Economic and Financial Crimes Commission in Magodo area of Lagos. 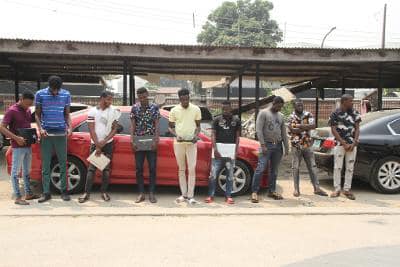 The suspected internet fraudsters
Operatives of the Economic and Financial Crimes Commission, EFCC, Lagos Zonal office, have arrested nine suspected Internet fraudsters in Lagos.
The suspects were arrested on Wednesday in Magodo Phase 1 Estate, Lagos, following intelligence reports received about their criminal activities.
Items recovered from the suspects at the point of arrest include exotic cars, laptop computers, telephones and several incriminating documents.
The suspects will soon be charged to court, the EFCC said in a statement. 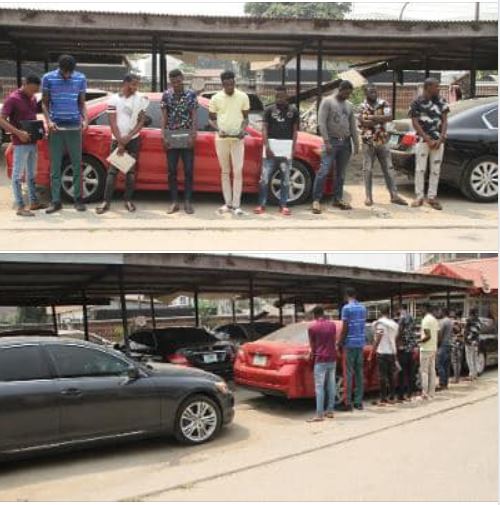