A team of taskforce in Rivers state were seen unleashing violence in the market by scattering people's wares and tearing down the place. 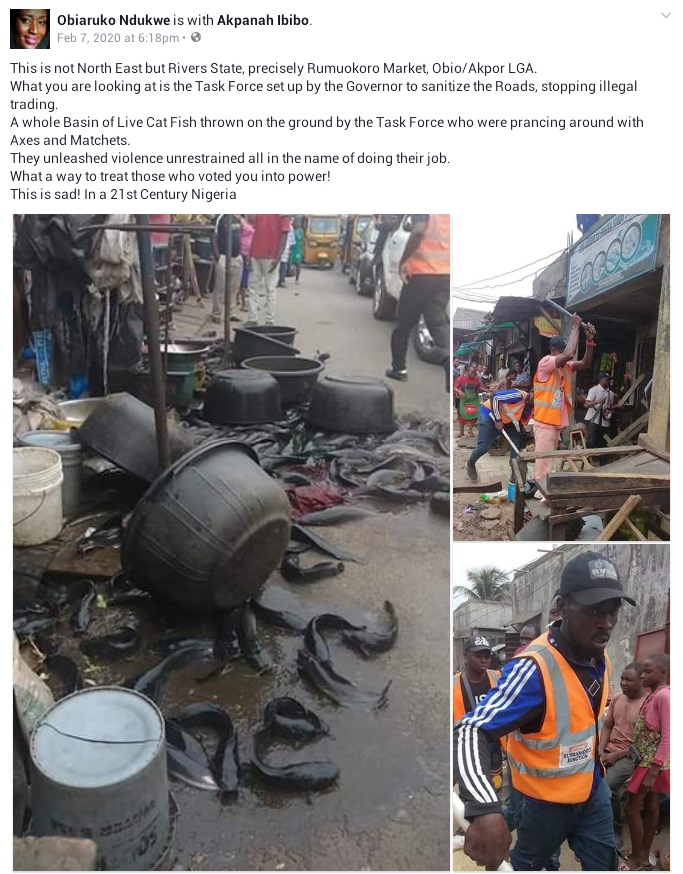 A team of task force working for the Rivers State Government  to sanitize the roads, and stop illegal trading, allegedly destroyed Rumuokoro Market, in Obio/Akpor LGA, scattering goods including bowls of catfish.

According to an eyewitness, the team allegedly threw away coolers of food belonging to a vendor.

Another eyewitness, Obiaruko Ndukwe posted some photos on Facebook and wrote:

"This is not North East but Rivers State, precisely Rumuokoro Market, Obio/Akpor LGA.

What you are looking at is the Task Force set up by the Governor to sanitize the Roads, stopping illegal trading.

A whole Basin of Live Cat Fish thrown on the ground by the Task Force who were prancing around with Axes and Matchets.

They unleashed violence unrestrained all in the name of doing their job.What a way to treat those who voted you into power!
This is sad! In a 21st Century Nigeria" 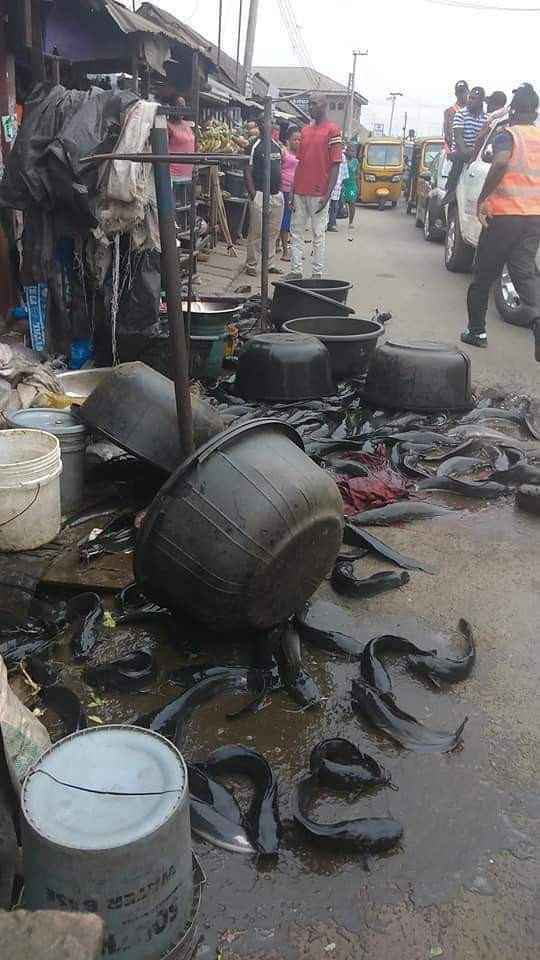 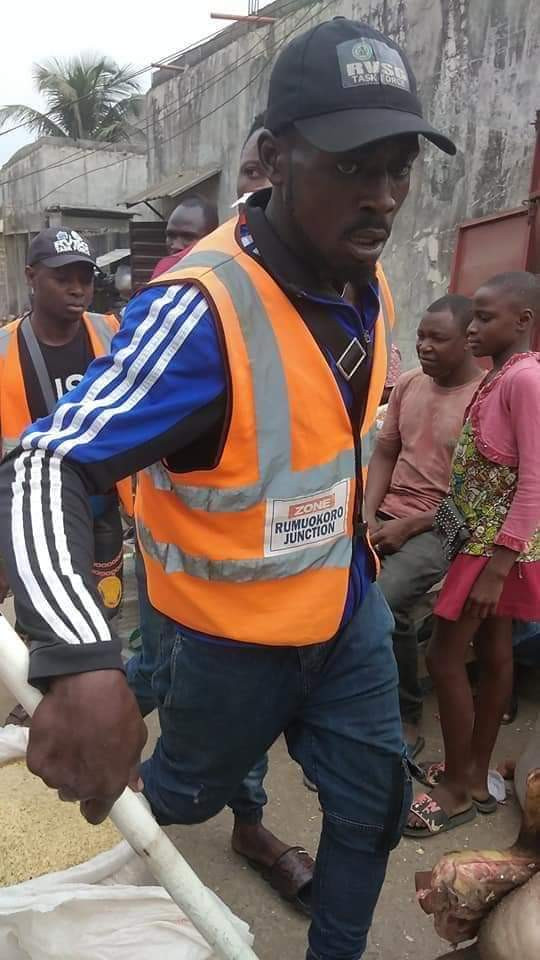 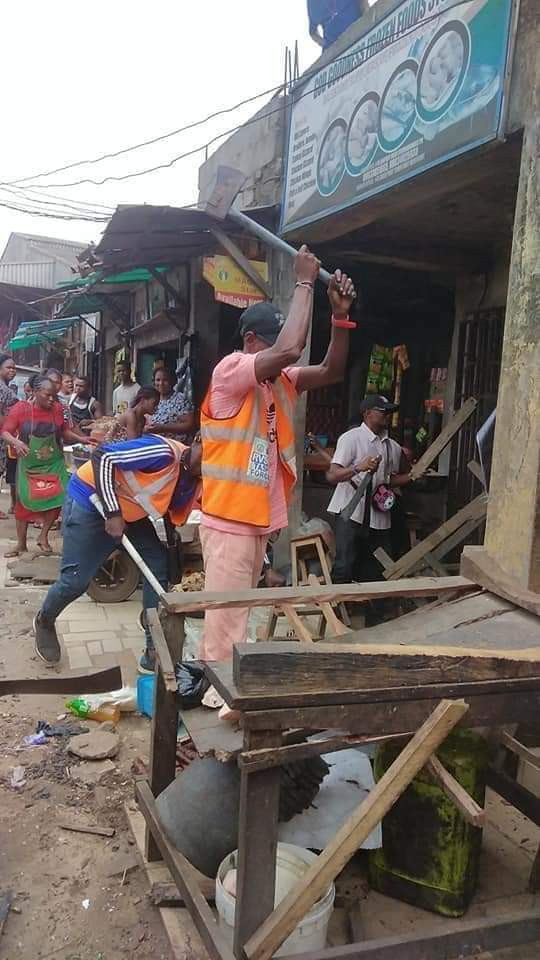