I Lost My Husband, Daughter In One Year – Ex-EFCC Chair, Farida Waziri


In a new memoir, Ex-EFCC Chair, Farida Waziri reveals her struggles and how she lost her husband and daughter without her predecessors expressing their condolence. 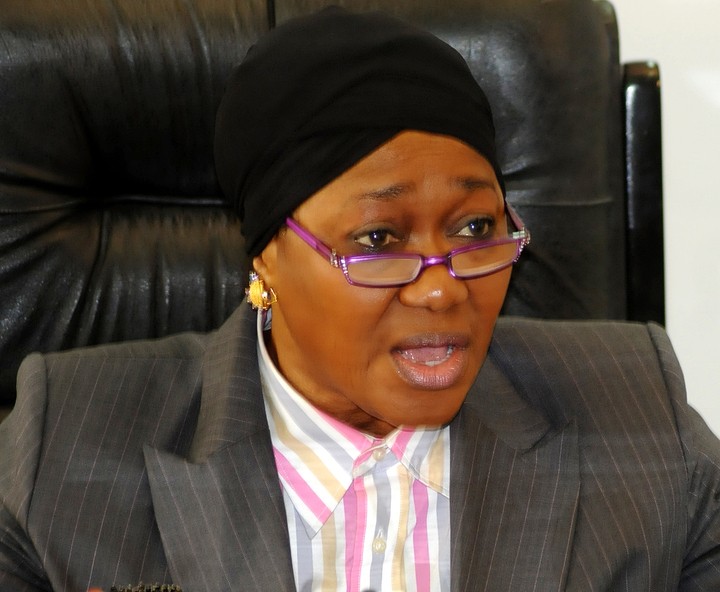 A former chairman of the Economic and Financial Crimes Commission, Farida Waziri, on Tuesday said that she lost her husband and daughter within one year when in service as the head of the commission but did not receive condolences from her predecessors.

She also said there were assassination attempts on her but was never deterred in the fight against graft.

The ex-EFCC chair said these in her speech during the public presentation of her memoir, “One Step Ahead-Life As A Spy, Detective And Anti-Graft Czar”, in Abuja.

She said, “Along the way, there were assassination attempts, face-off with cranks and officials in foreign lands, thrust and parry with criminals and personal tragedies of losing loved ones, particularly husband and daughter within one year for which my predecessors did not express their condolences.

“Lastly, my personal reason for the book. I had been so grossly maligned not many people knew who the real Farida Waziri is. Fabrications from malicious quarters had created a distorted perception of my persona.

“When you read One Step Ahead, it will be easy to see the lies of the past for what they are. I have no doubt that after reading the book, you will be able to separate facts from fiction and let go of those mythologies.

“So, here today, we are going to unveil the true picture of Farida Waziri.

“It is the story of a young girl’s journey through life, from being a Catholic girl to a Muslim; from being born of a Tiv family in Benue State to becoming a matriarch in Tangale family from Gombe; from a police officer who was the best recruit in 1967 to becoming Assistant Inspector General of Police, who also became a lawyer.

“Today, I am rendering my account by presenting my mosaic experience – as Special Branch operative, as pioneer head of the Special Fraud Unit (SFU), as a detective at CID, as commissioner of police, as former chair of EFCC, as wife of Nigeria’s ambassador to Turkey, and as a lawyer that sat through one of the stormy moments of this country and witnessed first-hand behind-the-scene parody of justice that was the aftermath of the so-called 1995 coup.

“I have recreated vignettes. These include my interactions with the late President Umar Yar’Adua. Myths and mythologies about Nigeria’s endemic corruption are due to the chameleonic forms of the scourge. I had the privilege to dissect the problem from the vantage position of being at the helm of SFU and EFCC and I have simplified the anatomy of fraud and public office corruption in Nigeria.”