So Sad! Nigerian Man Stabbed To Death By Wife At Their Home In Port-Harcourt (Graphic Video)


A man has died a tragic death after being stabbed by his wife in Port Harcourt over an incident. 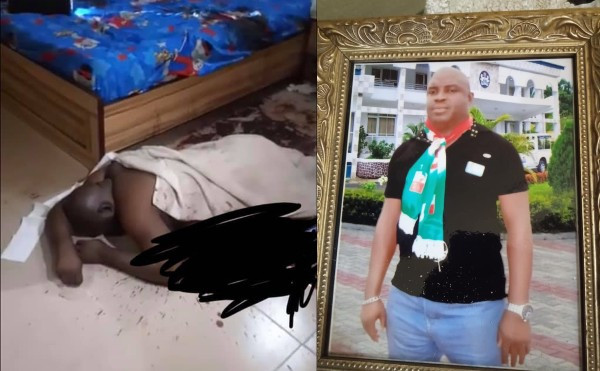 Late Daniel
A Nigerian man simply identified as Daniel has been stabbed to death by his wife.
It was gathered that the tragic incident took place, at about 2:26 A.M, on Thursday, February 13th 2020.
A Facebook user, Iykechukwu Ikechukwu shared graphic videos of the sad incident. 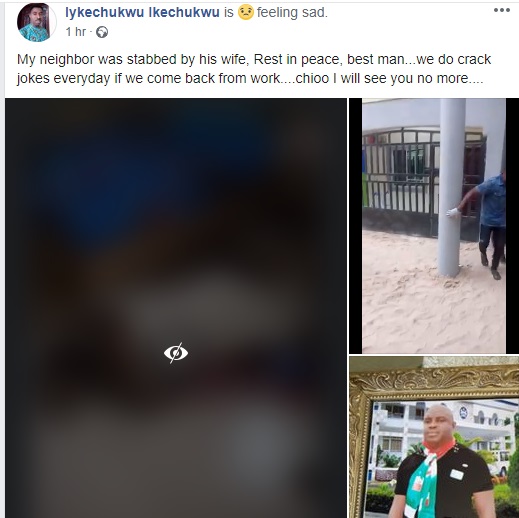 He claimed the man never cheated on his wife and only preached “repentance” to her.
He wrote; “My neighbor was stabbed by his wife, Rest in peace, best man…we do crack jokes everyday if we come back from work….chioo I will see you no more..”

“Nobody should say anything about best man cheating, he is not a cheating type, yesterday he was preaching to his wife to repent but rather than repenting she killed him in the middle of the night…” 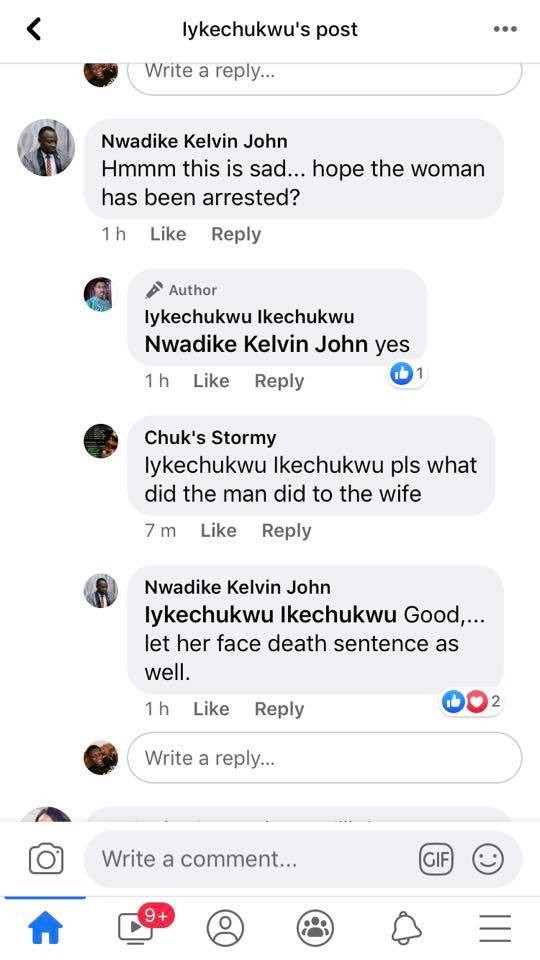