Yahoo Yahoo Brothers Nabbed With Exotic Cars Alongside 13 Others (Photos)


Two brothers who are suspected internet fraudsters have been apprehended alongside their exotic cars.

The suspected internet fraudsters after they were captured
The Economic and Financial Crimes Commission, Ibadan zonal office on Thursday, arrested two siblings – Olanrewaju Olatunji (19) and Femi Olatunji (29) and thirteen others for alleged involvement in internet-related fraud.
The suspects were apprehended at Alafara area of Ibadan, Oyo State, following intelligence earlier received on their alleged illegal activities.
The thirteen others, whose ages range between 16 and 48 years, include: Abiodun Ojo, Lawal Ahmed, Adedeji Olatunbosun, Adeniyi Ramon, and Oladipupo Oluwatobilola.
Others are: Ayomide Olawale, Elegbede Wale, Victor Adaramoye, Timileyin Adeniran, Kunmi Joshua, Tawfeeq Ibrahim, Funmbi Samuel and Adeyemo Yinka.
At the point of their arrest, three exotic cars, phones, laptops, international passports, Point of Sale (POS) machine, and some incriminating documents were recovered from the suspects.
The suspects will be charged to court as soon as investigations are concluded, the agency assured. 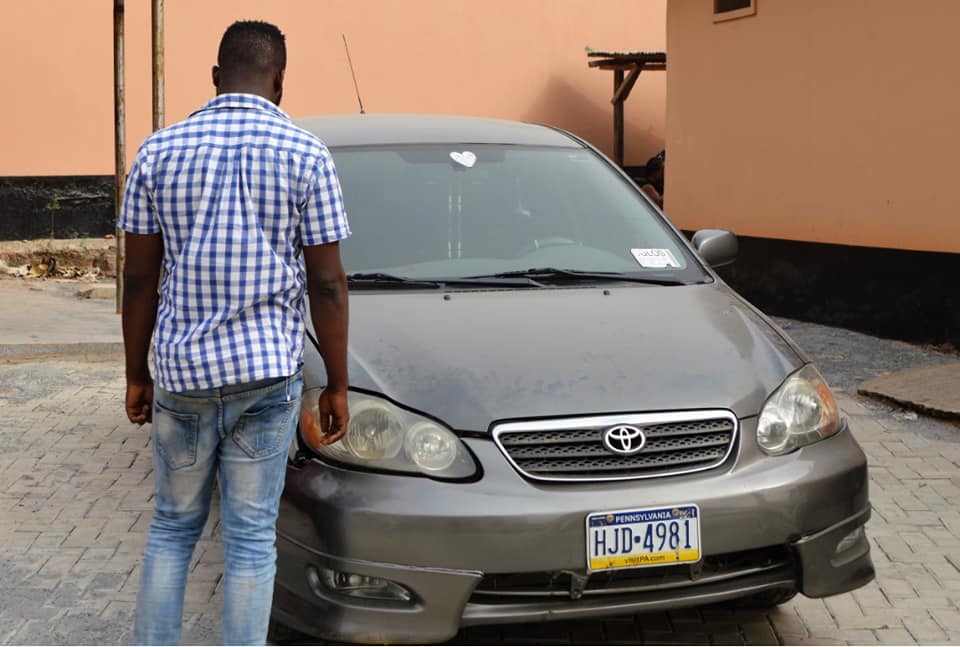