Photos Of Thugs Caught With Plasma TVs Stolen From The Home Of Ex Bayelsa Governor, Dickson


Thugs have been caught with plasma TV sets which were stole from the home of a former Bayelsa state governor. 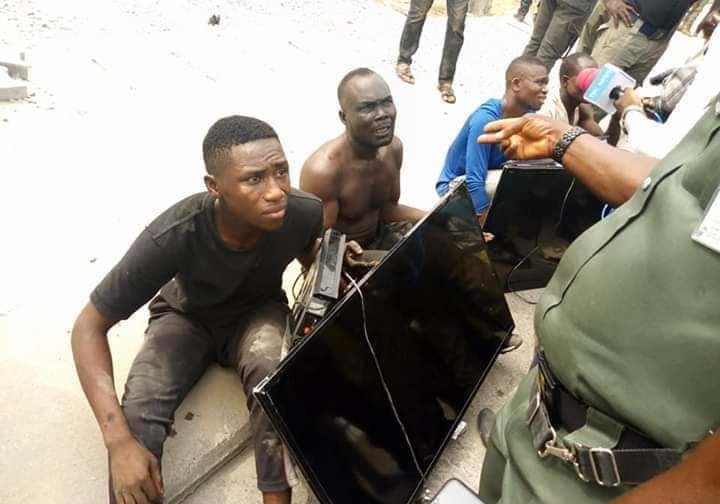 Some rampaging protesters yesterday, attacked the Opolo residence of the former Bayelsa governor, Seriake Dickson and destroyed property including vehicles.

In addition to the destruction, the protesters also looted property at the residence.

Now, some of the suspects have been nabbed. The suspected thugs (pictured), were caught with Plasma TV sets stolen from the residence.

See another photo below: 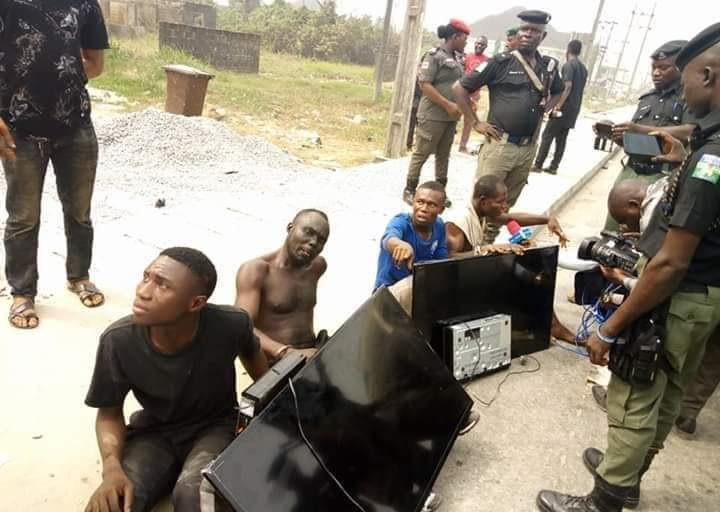