A thief has been taught a bitter lesson after he was nabbed by security operatives in Bayelsa. 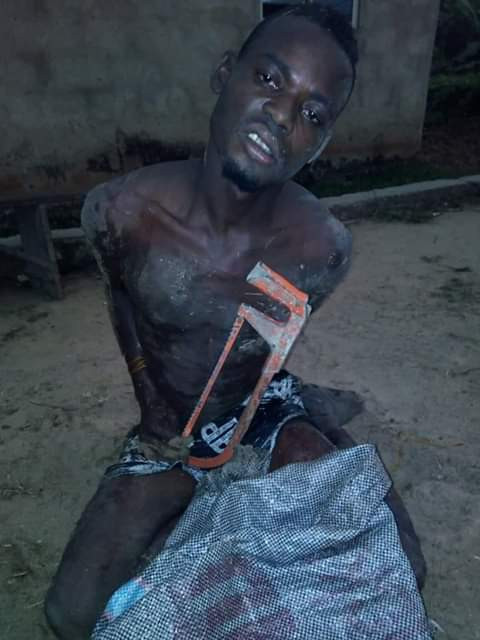 Thief caught in Bayelsa
Members of a vigilante group have arrested a notorious thief in Tombia axis of Yenagoa, Bayelsa.
It was gathered that the suspect who was apprehended at about 3.30am last Saturday.
He specializes in stealing water-pumping machine and surface pump.
After he was caught, his hands were tied to his back before being handed over to the police.
Top Stories