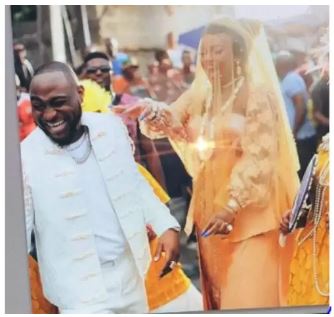 Davido traditionally weds Chioma
Davido and his lover, Chioma have traditionally gotten married as shown in pictures of their behind-the-scene video shoot of his song, 1 milli.
In the shots which were taken in the Lagos Island market, Davido traditionally wedded the mum of his son, Chioma with many people in attendance.
It is just like they are rehearsing what might likely happen in real life as the chef has on numerous ocassions maintained that Davido is now her husband.
This is not the first time Chioma is being featured in his musical video.
She played his love interest in his hit video, Assurance!
See the behind-the-scene photos below: 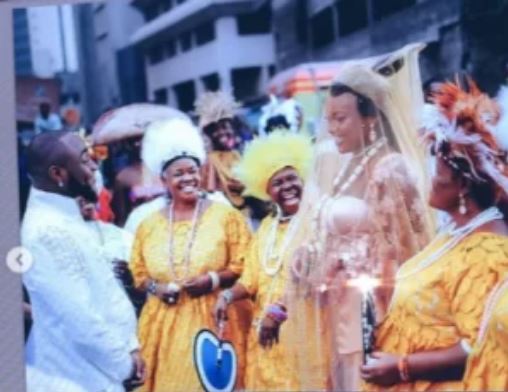