CNN Fareed Zakaria analyses the travel ban placed on Nigerians by the U.S and gives reasons why Nigeria shouldn't be included. 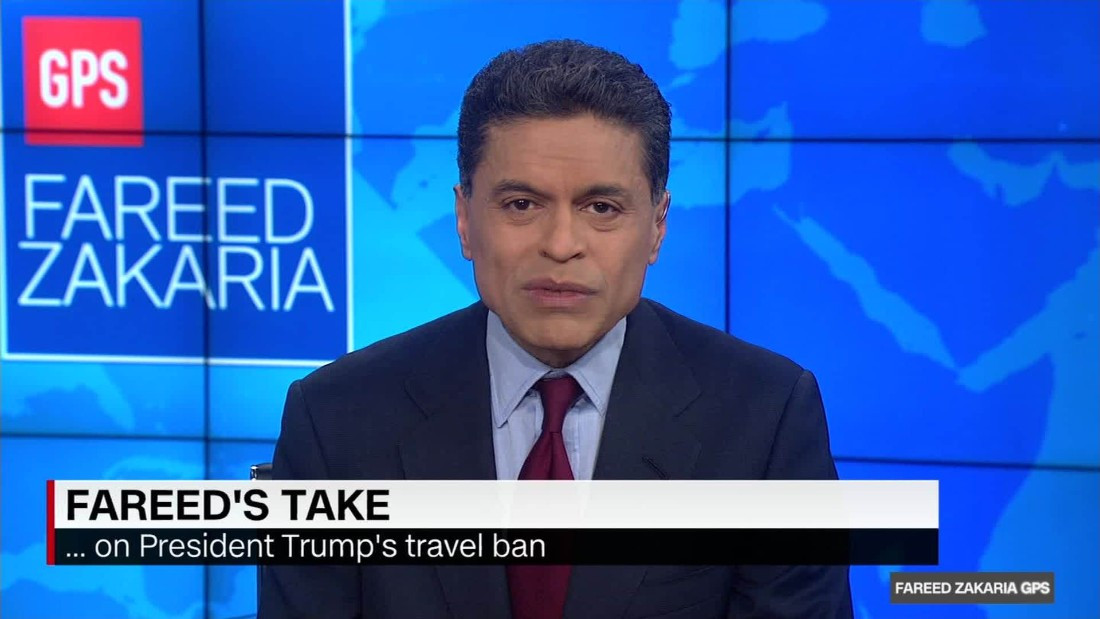 CNN's Fareed Zakaria has analyzed the addition of Nigeria to the US travel ban which in the last few weeks has generated lots of controversy.

Recall that the White House announced that immigrants from Nigeria and five other countries will no longer be eligible for visas allowing them to live in the US permanently, expanding its controversial travel ban policy.  A presidential proclamation on January 31 cited Nigeria's failure to comply with security and information sharing requirements, and its high "terror" risk to the US as reasons for imposing the restriction.

Fareed Zakaria who analyzed the development, considered if the ban was a security measure or enforcement of President Donald Trump's view on immigration. He pointed out no Nigerian has been responsible for any terror-related attack in America in over four decades.

The CNN presenter insisted that if the reason for banning immigrant visas from Nigeria is valid, then all visas including the temporary one should have been banned as well. 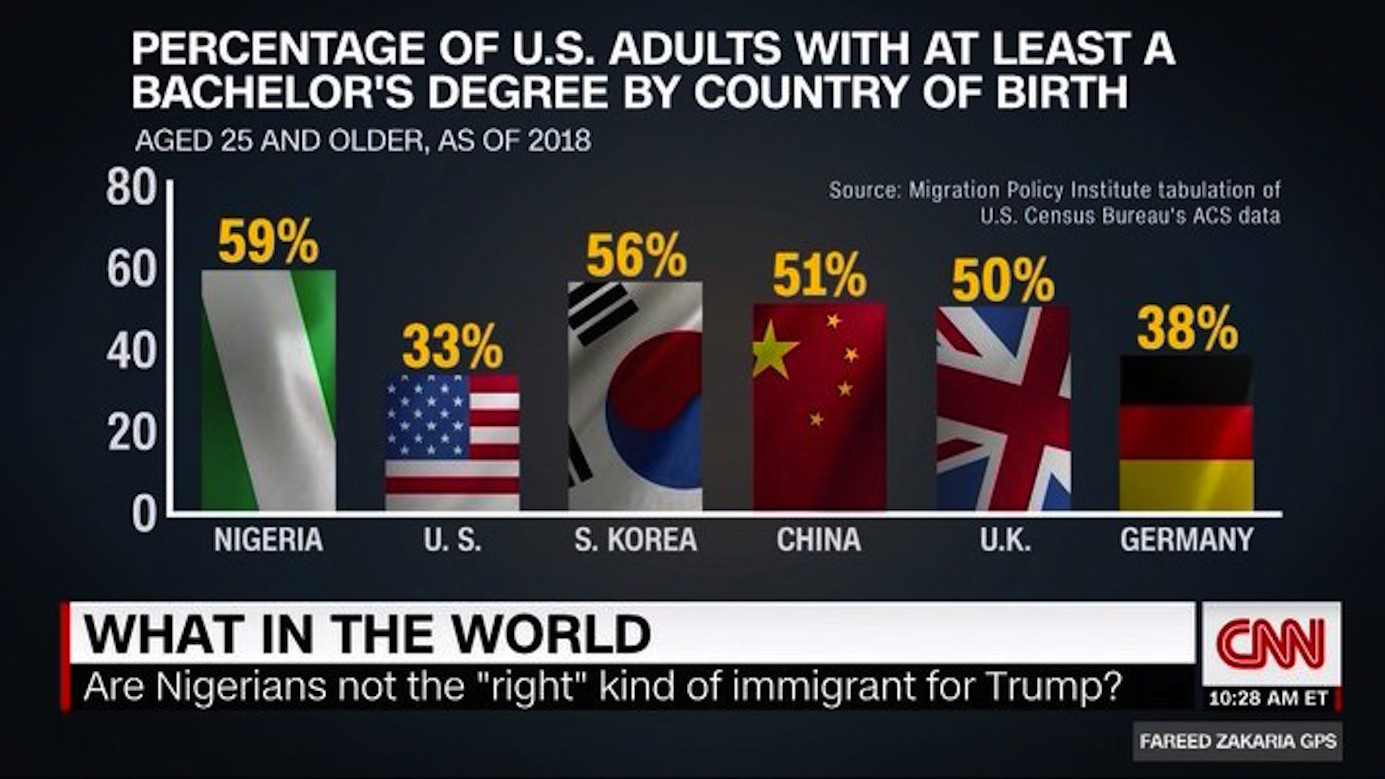 Zakaria also disclosed that Nigerians are the most educated immigrants from sub-Saharan Africa in the US of which 59% aged 25 and older have at least a bachelor’s degree, according to migration policy institute.

“According to the Migration Policy Institute, 59% of Nigeria immigrants aged 25 and older hold at least a Bachelor’s degree, that is nearly double the proportion for Americans born in the US.

“It is also more than the proportion of immigrants from South Korea, China, the United Kingdom and Germany. Nigerian immigrants also get high scale jobs, 54% of them are in largely White-collar positions in management, business, science and the arts than barely just 39% of people born in the US.”

Here is the video ;

.........he analyzed whether it was a security measure or #DonaldTrump’s view on immigration 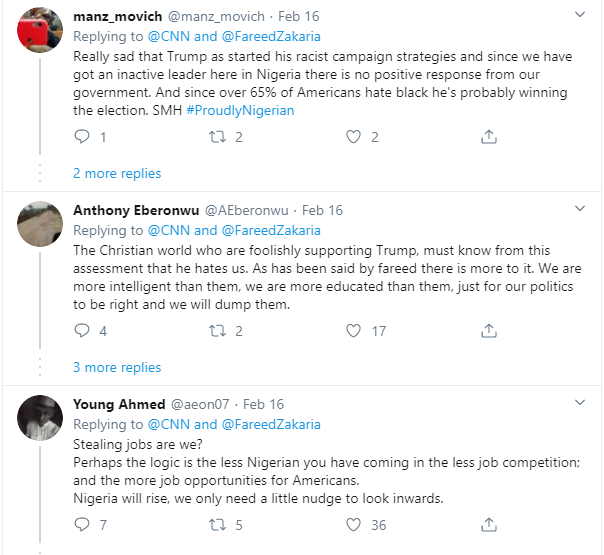 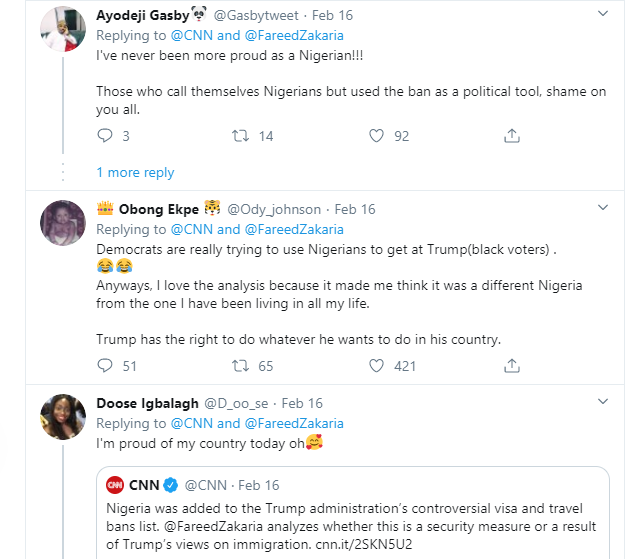 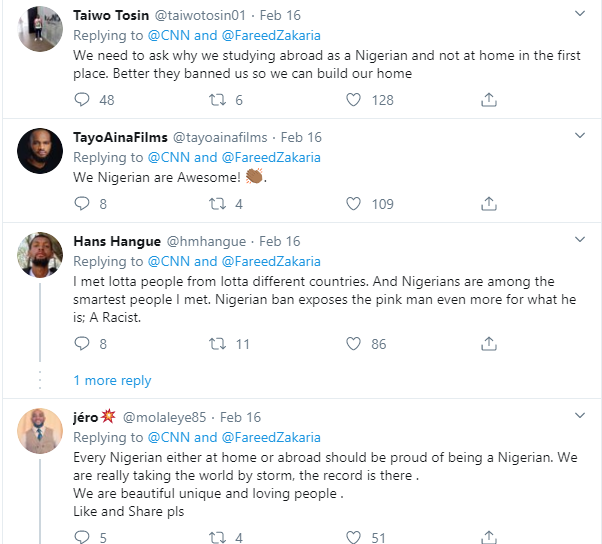 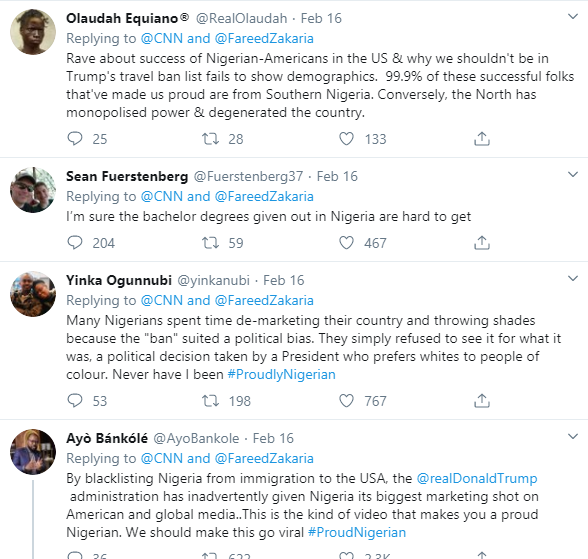