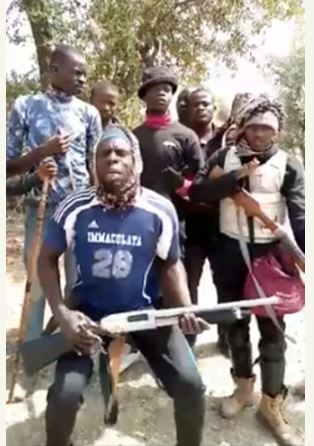 Borno youths threaten to kill Shekau
Abubakar Shekau, the leader of Boko Haram has been challenged to show his face if he is not afraid of death following a threat video he released some days ago vowing to kill Nigeria's Minister of Communications and Digital Economy, Dr Isa Pantami.
Reacting to the video, Borno youths who are members of the Civilian Joint Task Force have called out Shekau, threatening to kill him if he dares come out of hiding.
In the video by the Borno youths, they revealed that they have been searching the bush for Shekau.
They issued threatening message to Shekau. They promised him that they will slaughter him when he is caught. They called Shekau a coward who runs to safety anytime he hears the sound of gun.
They also challenged him to come and face them in a face-to-face combat if he is not a coward.
However, many people have expressed worries as the youths do not have the needed weapons to confront such a deadly terrorist organization.
Watch the video below:
Top Stories