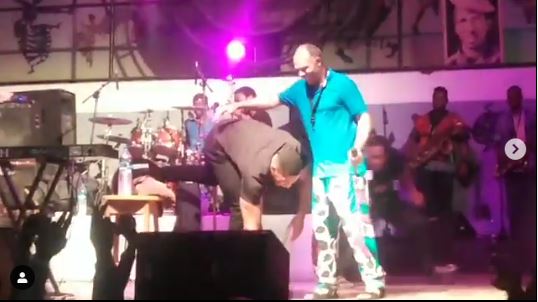 Anthony Joshua, the wtorld boxing champion is enjoying his stay in Nigeria, with a visit Thursday night to the Afrika Shrine in Ikeja Lagos, where he was hosted by the high priest, Femi Kuti. 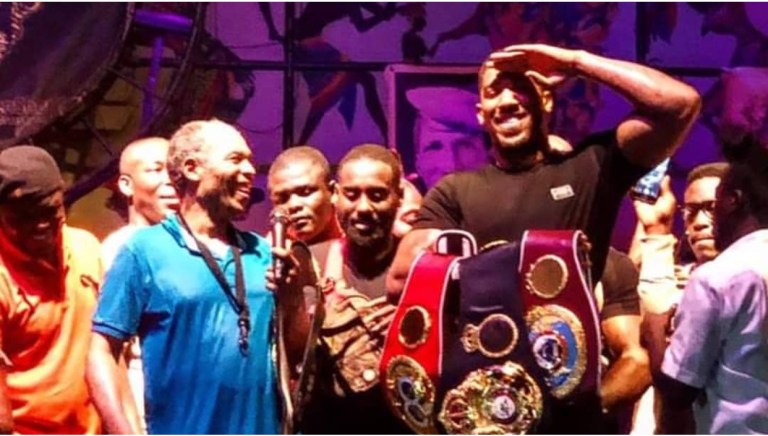 Joshua was a humble champion all over again, as he prostrated to Femi, in the typical Yoruba tradition of greeting elders. Femi Kuti, successor to Fela Anikulapo Kuti’s afrobeats, is 57 years-old, while Joshua is 30 years old. 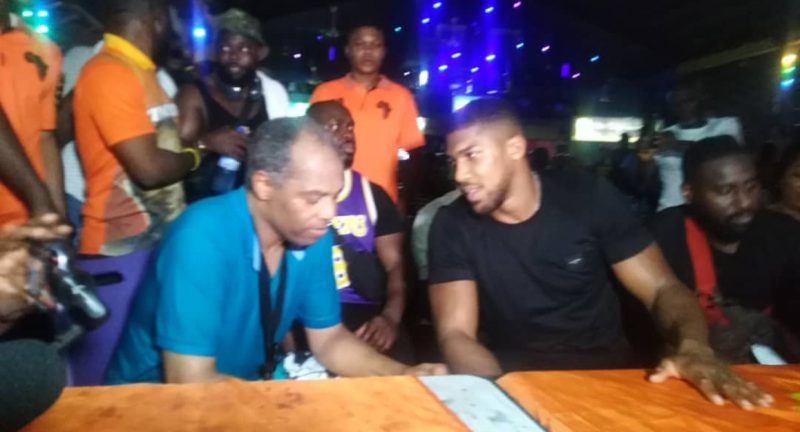 Joshua also presented his four belts to Femi, with the singer unexpectedly wearing one of the belts on his neck.

Watch some Joshua’s moments at the shrine: