IPOB leader, Nnamdi Kanu's family has opened up about what the death of their parents has done to them. 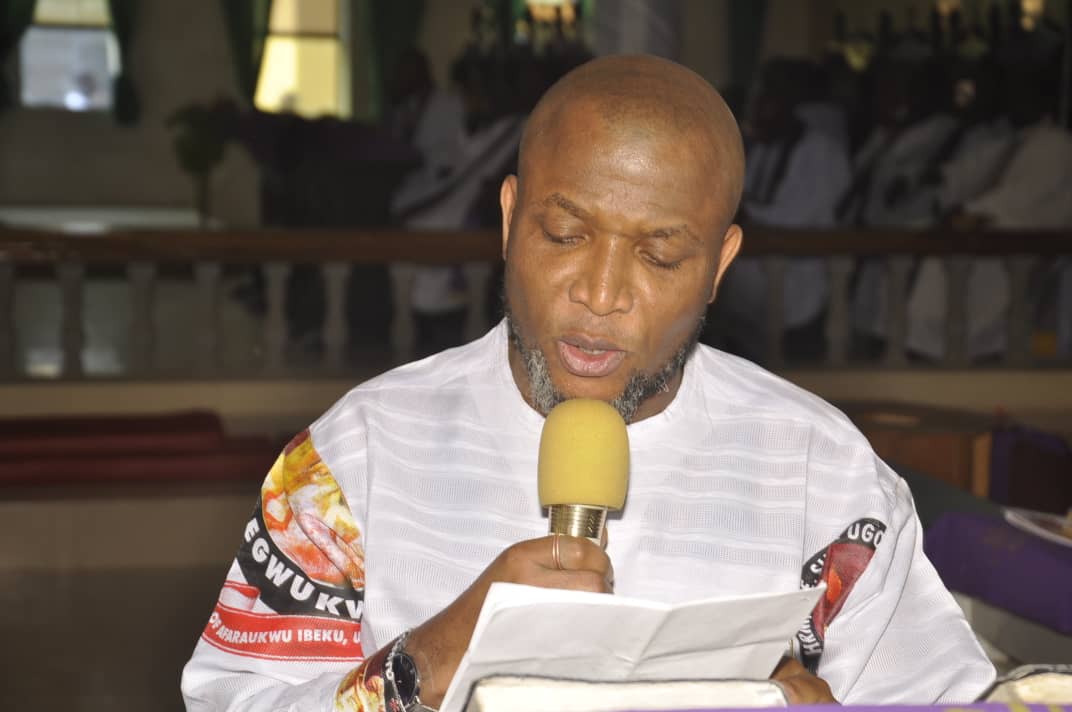 According to a The Nation report, the family of the leader of the Indigenous People of Biafra (IPOB), Nnamdi Kanu said that the death of their parents have them to be more united against the belief by some persons that the family would scatter after the burial.

Though their elder brother, Nnamdi who is the first son of the family was absent at their parent’s burial ceremony, the family of late Israel and Ugoeze Sally Kanu said that they were grateful that the burial of their parents was a huge success.

Addressing journalists at their Isiama Afaraukwu country home, the spokesman of the family, Kanunta Kingsley Kanu thanked Abia State police command and journalists for their contributions towards the peaceful and successful burial of their parents.

Kanunta who also commended members of the IPOB in the state and beyond who stood with the family before, during and after the burial said that their parents were an embodiment of peace when they were alive.

He said it was for this reason that his father as the traditional ruler of Afaraukwu, was given the title of ‘Omeudo’, stressing that he lived with that peaceful virtue till death.

Kanunta said the family owed a lot of gratitude to journalists within and outside Abia for bringing what transpired at the burial to the entire world.

“I want to tell you journalists that our family members are happy with you, with what you did during the burial and we say a big thank you”.

Kanu said the family was also thanking the Abia state police command for the manner they conducted themselves which contributed to the peace that reigned during the burial.

The family said it was happy that despite the altercation between the police and IPOB before the burial, the commissioner of police, Ene Okon exhibited true sense of professionalism in the way he maintained security in the state on the day of the burial.

He said now their parents were no more, the family would strive to remain united and resolute in the fight for the actualization of Biafra, a movement which they said that their parents believed in.