According to one of the Edo teachers who was kidnapped, Fulani Herdsmen released her after payment of N1.7m ransom and purchase of cigarettes, malt and soft drinks. 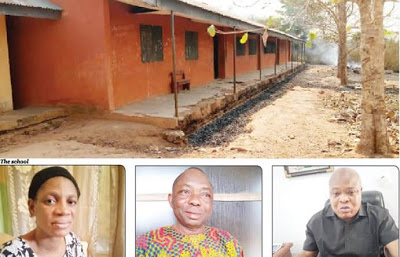 Obi Primary School located in Uzebba Ihuleha community in the Owan West Local Government Area of Edo State like many schools resumed for academic activities after the first-term holiday which ushered in Christmas and New Year holidays.

The school founded in 1958 had eight teachers residing in Obi camp in the area. It’s sited in a border forest between Edo and Kogi states.

But the school’s Headmaster who is also the Chairman, Nigerian Union of Teachers, Owan West LGA chapter, Mr Okun Dada, and other teachers, have abandoned the school despite their contributions to its development. An abduction case they witnessed last month made them to take the decision.

Dada told Sunday Punch, “Nothing can take me back to that place. If the government cannot transfer me, then they should pay me my entitlements and I will retire.”

On January 13, 2020, Fulani gunmen invaded the school when the teachers just ended the first meeting for the year. Dada said five of them were in the staff room while three were around his office that day.

He said, “There was no pupil in the school that day being the first day of resumption. Usually, it used to take one to two weeks before pupils start coming because of the distance of the school to the communities. One of the three teachers sitting outside my office was Mrs Esther Alabi. She was kidnapped by the gunmen.

“It was around 10:30am and suddenly I saw one of my teachers running. He ran across where I was sitting. Then I looked up and saw one of the gunmen shooting and everybody ran for safety. I managed to jump the window and fell into the bush not knowing that they had already surrounded the bush. They attacked me with a matchet and while I was still struggling to escape from them, I fell.

“One of them pointed a gun at me and I begged, ‘Please don’t kill me’ but the gun refused to fire. When they noticed that the gun didn’t fire, the man who held the gun tried to remove the bayonet. While he was struggling to do that, I ran towards my car. Others ran after me but I had already entered the vehicle and zoomed off to a nearby police station.”

But Alabi was not lucky even though she jumped through the window, she fell into the hands of the gunmen who took her away with them. Punch gathered that the teacher was the only one seized by the gunmen and was with them for three nights moving round the bush.

She was released on the third day after a payment of N1.7m ransom and purchase of items like cigarettes, malts and soft drinks, among other things.

Alabi, a mother of two, had been teaching in the school for five years. Before the incident, the woman enjoyed good health but now on drugs for insomnia which became worse especially in the night arising from nightmare of the incident.