Gallant men of the Nigeria police in Katsina state have gunned down notorious kidnappers and armed robbers terrorizing the state. 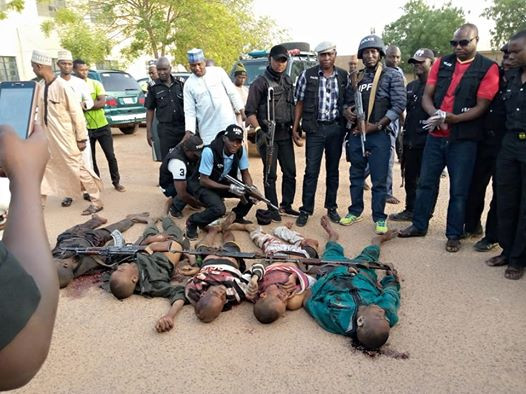 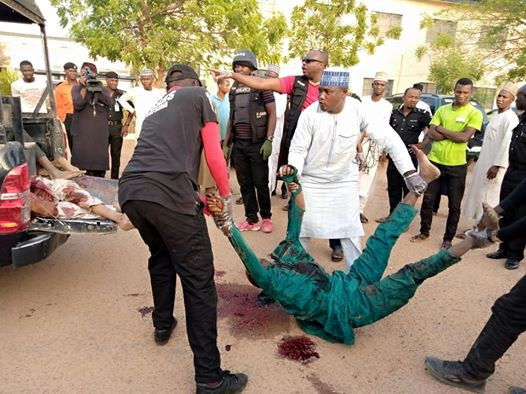 The following suspects were arrested:
"Hassan Fulani Audu, m, aged 30yrs of Kadawa village, Dandume LGA, Katsina Ahmadu Lawal, m, aged 19yrs of Maska village, Funtua LGA of Katsina state Iliyasu Alh Adamu alia Yello, m, aged 28yrs of Bakin Dutse, Jibiri, Funtua LGA of Katsina state, Nura Abdullahi, m, aged 22yrs of Yar-Tafki, village Funtua LGA of Katsina state Ahmed Abdullahi, m, aged 25yrs of Yar-Tafki village, Funtua LGA of Katsina state
"In the course of investigation three (3) AK 47 rifles with four (4) Magazines loaded with ninety four pieces of 7.62mm ammunition recovered. Furthermore, suspects confessed to have in their possession additional two AK 47 rifles hidden at Mararabar Maigora forest. Consequently, O/C SARS Katsina led a team of detectives to recover the weapons but unknowingly the bandits had set up a trap and laid ambush for them. The team came under heavy gun fire and had a gun duel with the hoodlums. In the spur of the moment, the team responded and repelled the attack. All the suspects were killed during the attack and hereby paraded for you to see. This is to serve as a warning to all unrepentant bandits that are here in Katsina, we have zero tolerance for crime. And we are ready to deal decisively with any criminal that attempts to test our will. All law abiding citizens to go about their lawful duties without any fear of molestation. God save the Federal Republic of Nigeria. God save the good people of Katsina state" he added. 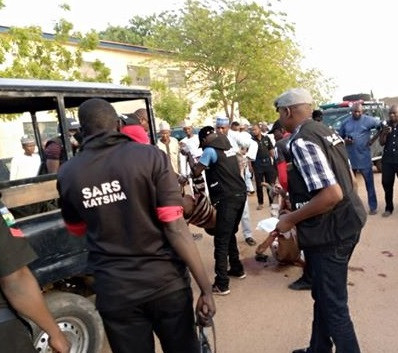