President Muhammadu Buhari yesterday met with his service chiefs and the IGP over the state of security in the country. 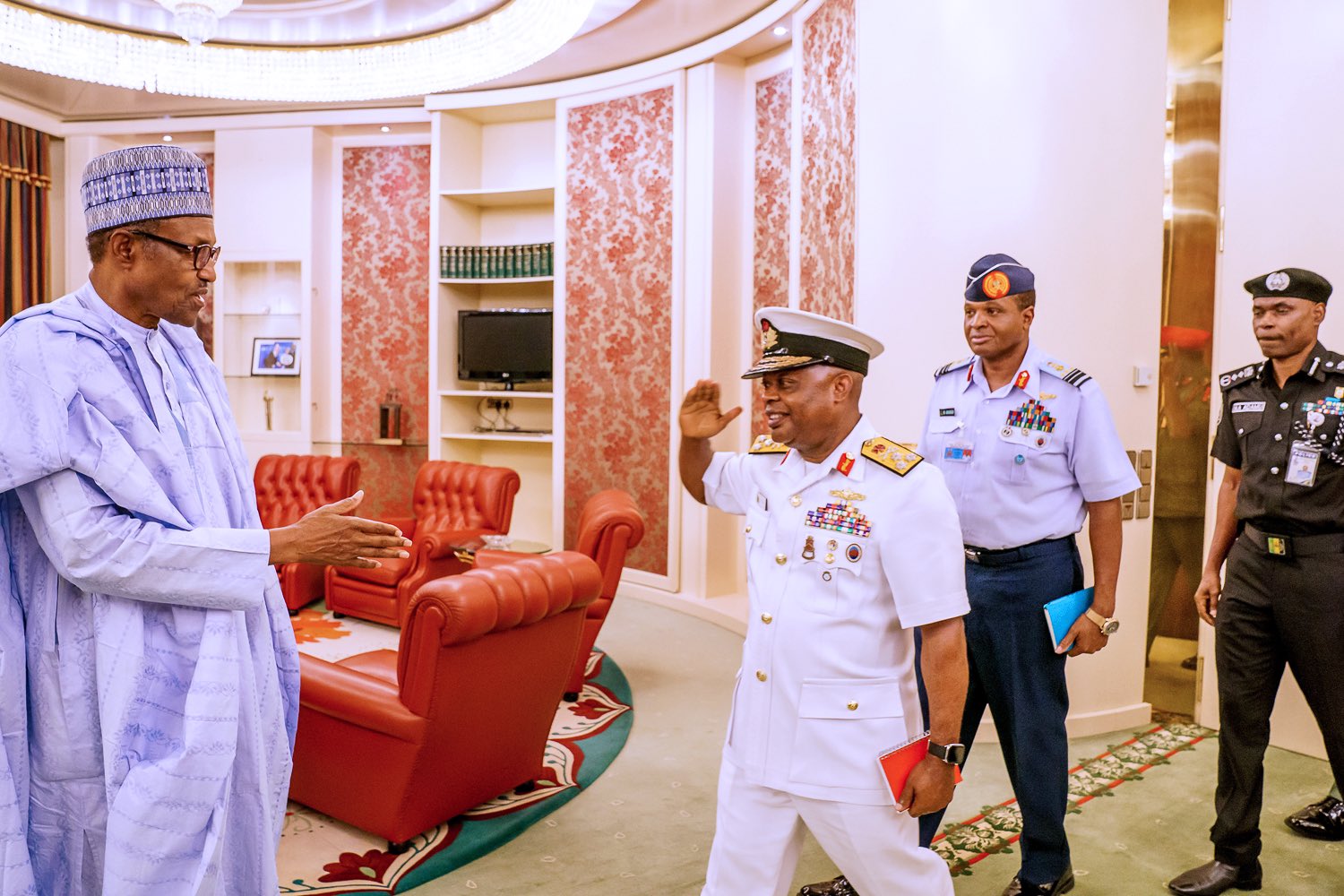 Buhari meets with his service chiefs and IGP
Nigeria's President Muhammadu Buhari yesterday met with Service Chiefs and the Inspector General of Police at the Presidential villa.
However, the National Security Adviser, Babagana Monguno was conspicuously absent leaving tongues wagging on social media.
Recall that Munguno and Buhari's Chief of Staff, Abba Kyari have been in a tug of war over security positions. 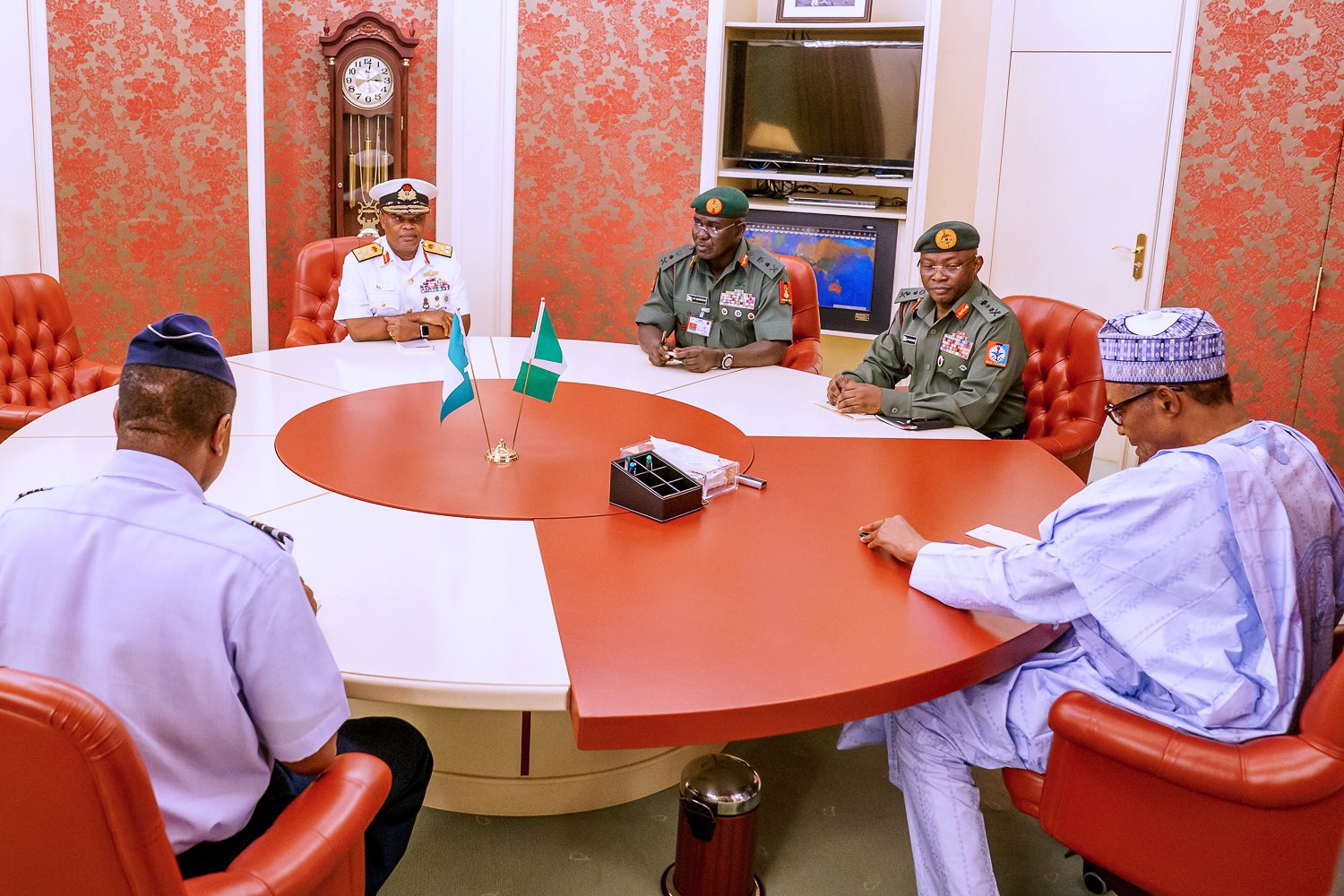 Bashir Ahmed shared the photos and wrote:
"President @MBuhari meets with Service Chiefs and Inspector General of Police this afternoon, at the Presidential Villa, Abuja."
Reacting, a social media user wrote:
"I am shocked some people legit say the NSA should not be at the meeting of the President with the service chiefs. 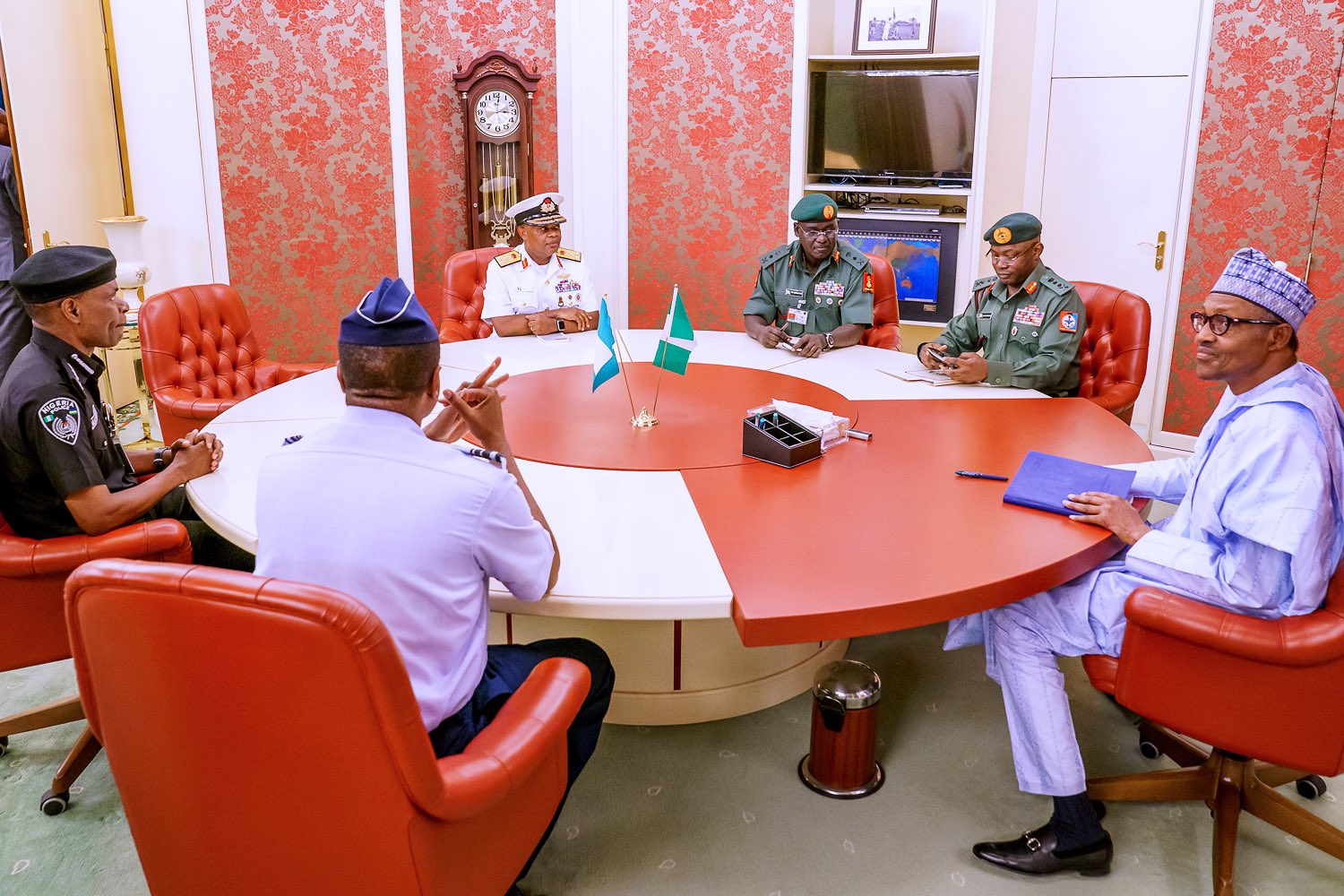 The NSA is the National Security Adviser. He advises the president on security. He should listen to service chiefs brief the president, including listening to what they are not saying, reading the body language of each and make his opinion on their briefings known to his boss afterwards.
It would be an aberration if that’s not the practice."

President @MBuhari meets with Service Chiefs and Inspector General of Police this afternoon, at the Presidential Villa, Abuja. pic.twitter.com/W2ldFiGOR5