This is a compilation of the Oluwo of Iwo, AbdulRasheed Akanbi's many controversies over the years. 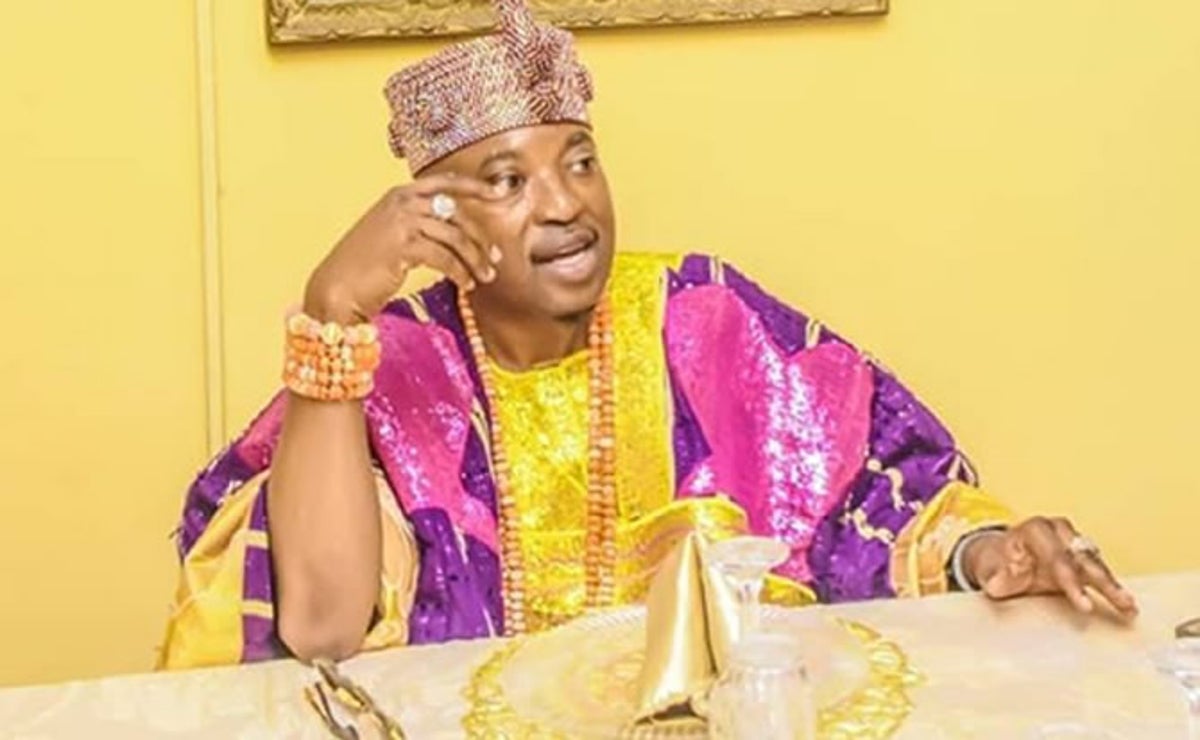 In January 2016, markets and shops were closed in Iwoland to honour a new monarch, the Oluwo of Iwo, AbdulRasheed Akanbi, as the then governor of Osun State, Rauf Aregbesola, gave him a staff of office.

That was done amidst jubilation. The people of the town trooped out in large numbers to the venue of the occasion, the premises of Reality Television, along Ibadan road.

The official coronation was attended by several political office holders and various monarchs across Yorubaland, including the Ooni of Ife, Adeyeye Ogunwusi.

Speaking after the presentation of the staff of office to the monarch, Mr Aregbesola urged Mr Akanbi to lead by example. He reminded him that leadership naturally comes with certain privileges and that a good leader must convert privileges to resources of governance.

Mr Aregbesola reportedly said: “Not everyone will readily agree with you and many of them will say or do things you will consider abhorrent. But they are all your subjects and you are required to preside over them with tact and wisdom in a way that will enable you to get the best out of them.”

“A leader must also be a unifying person and must never constitute a divisive agent. There are two kings whose reign the Yoruba never forget. These are the king whose reign is peaceful and the one whose reign is characterised by turmoil and scattering,” Mr Aregbesola was quoted as saying.

Responding after the governor’s speech, Mr Akanbi assured the people of Iwo land that he would not disappoint them.

But four years after his coronation, the monarch has been involved in several ‘fights’ with religious and traditional leaders.

He was recently suspended by the Osun State Council of Traditional Rulers for allegedly behaving improperly to some fellow monarchs.

In this analysis, PREMIUM TIMES reviews the many controversies involving the Oluwo since the last four years when he mounted the throne of his forefathers.

Less than two years in office, Mr Akanbi fell out with the erstwhile publicity secretary of the defunct National Party of Nigeria (NPN), Abiola Ogundokun.

He stripped him of the chieftaincy titles conferred on him by the Iwo Traditional Council after accusing the politician of disrespecting him as well as making utterances and actions he described as anti-Iwo.

Speaking on what led to the fight, Mr Ogundokun said an honest advice to Oluwo to stop some of his “odd attitude and illegality did not go down well with the monarch” and it sparked the disagreement between them.

He accused Mr Akanbi of planning to destroy the tradition of Iwo by not only equating himself with the gods but also crowning his wife. Mr Ogundokun sued the monarch. He also alleged that the Oluwo wanted to beat him in Mr Aregbesola’s presence during a peace meeting.

Meanwhile, Gboyega Oyetola, the current governor of Osun in January this year reportedly reunited the duo.

On October 7, 2018, Nigerians from all walks of life trooped to the palace of Mr Akanbi to celebrate his 50th birthday anniversary, as well as his second anniversary on the throne.

He was interviewed afterwards and he condemned Yoruba deities.

“Ogun – the god of Iron, which my Yoruba people relish to celebrate – I would want to ask: Was there iron before Ogun or Ogun before iron? The Ogun we are talking about was just a blacksmith and his only invention was nothing but cutlass. After Ogun, there have been several inventions. Why are the inventors not made deities now?”

“When Ogun and the other deities were canonised as deities, it was during the dark ages, when we were not as civilized as we are today, but that can no longer be allowed to continue in this age and era… ”

In another interview, the monarch disclosed how he boycotted some rites and rituals before ascending the throne. Mr Akanbi also spoke about how he removed 800-year-old deity from his palace because it oozed poor odour.

“…whether you perform the rites or not, the day the government announces you as the king, that is settled,” he responded when asked the reasons for boycotting rites and rituals.

In 2018, during Eld-l-Fitri prayer, an Imam in a viral video accused Mr Akanbi of attempting to sleep with his wife.

The Imam simply identified as Adio confronted Oluwo during what was meant to be a sallah prayer session.

On that same day, the Imam who was supposed to lead the prayer during the event was sidelined by Mr Akanbi who argued that he was in the best position to lead the congregation.

After the uproar on social media, the Oluwo trivialised the allegation. He simply the Imam’s accusation would only make him more famous around the world.

In February 2018, Mr Akanbi alleged that the Ooni of Ife, Mr Ogunwusi, ordered his bodyguard to push him out of the way during a meeting of traditional rulers in the country held in Port Harcourt, the Rivers State capital.

Mr Adeyeye denied the allegation. In a statement issued by his spokesperson, Moses Olafare, the Ooni said “there was no altercation between Oluwo and anybody at that venue at all.”

While Mr Ogunwusi told the press that there was no rancour between him and the Oluwo, Mr Akanbi in April 2018 said there was a racour which was later settled at a meeting of the Osun State Council of Traditional Rulers.

“At that meeting, we were quite blunt. I told some Obas at the meeting that they are not doing the Ooni any good, when they keep praising him. If they genuinely want to help him succeed as the Ooni, they should endeavour to tell him the truth at all times. That is what the Ooni requires and not praise-singing… After the meeting, the Ooni and I had an almost three-hour closed-door meeting, where we ironed out so many things and told each other the home truth…”

In May 2019, Oluwo tackled Alaafin of Oyo, Lamidi Adeyemi over alleged disunity among traditional rulers and security challenges ravaging Yorubaland.

He lambasted Mr Adeyemi alongside Mr Ogunwusi of Ile Ife.

Mr Akanbi in a statement by his spokesperson, Alli Ibraheem, said the disunity assailing the traditional institution meant both the Ooni and the Alaafin were losing their grip on the Yoruba race.

None of the two monarchs attacked by Mr Akanbi responded.

After widespread condemnation by the public, the Oluwo defended his adoption of the Emir of Yoruba land title, saying it was a “metaphor” of the disunity among traditional rulers in Yorubaland.

He also said those criticising his decision were not exposed, saying that there was a need to change the past for a better present and future.

In his latest controversy, Mr Akanbi allegedly assaulted Agboowu of Ogbaagba, Dhikrulahi Akinropo, over a land dispute in Iwo land.

The assault reportedly took place at the office of the Assistant Inspector General (AIG) of Police, Zone 11, in Osogbo.

While the meeting was ongoing, Mr Akanbi allegedly stood up from where he was sitting and ‘descended’ on Mr Akinropo who was later rushed to hospital.

The Ooni of Ife, Mr Ogunwusi, presided over the meeting.

The council also alleged that Mr Akanbi’s ‘indecent acts’ to some monarchs, including the Alaafin of Oyo, Lamidi Adeyemi; Alake of Egbaland and the Ooni of Ife necessitated his suspension.

Meanwhile, in his latest video, the Oluwo said no one has the power to suspend him.