A young man has been beaten mercilessly after he tried to sleep with another man's husband in Delta state. 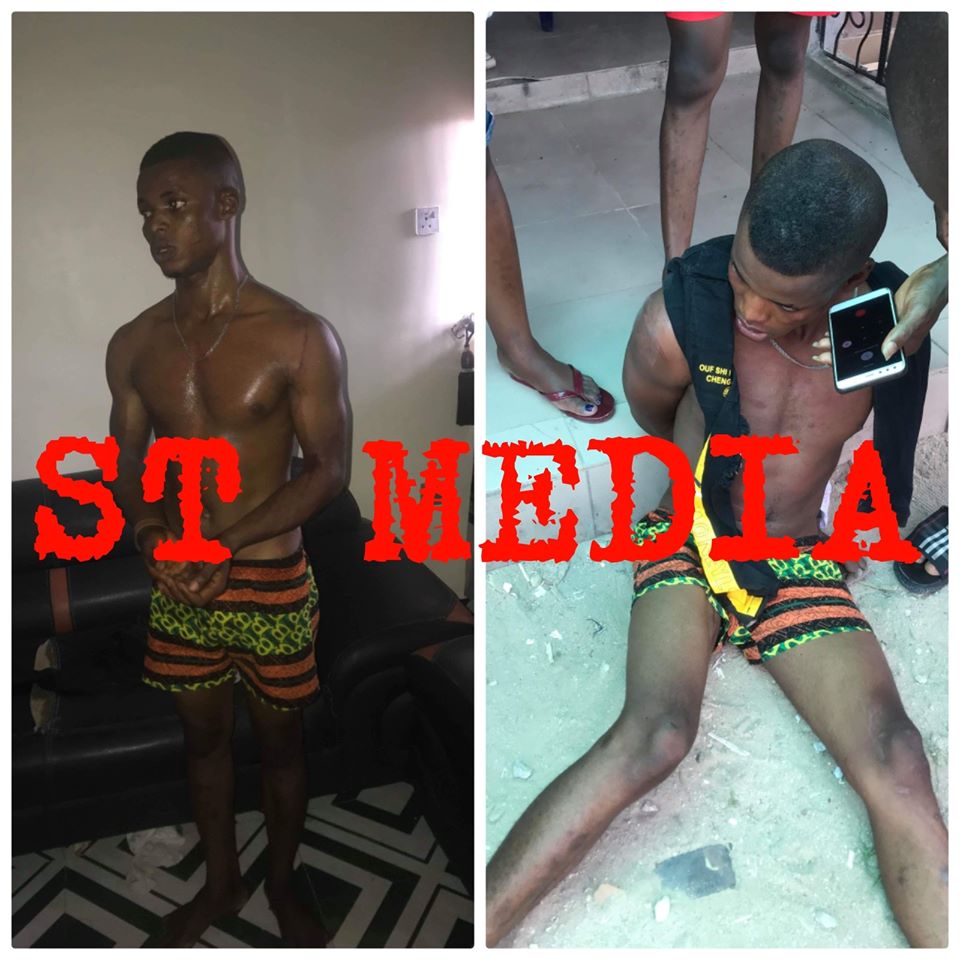 The young man after he was caught
A man has gotten more than he could chew after he cooked up a plan to sleep with a married woman in Delta state.
It was gathered that the young man identified as Henry who is  a generator repairer had gone to the house of the married woman he helps to repair her generator.
He found out that the woman's husband doesn't stay around, as he had traveled. The boy began looking for a way to hookup with the married woman and started asking her out after collecting her Whatsapp number. In his desperation, he intentionally did shabby work on the generator so that he could find an opportunity to be visiting the woman all the time.
But, he didn't realize that the woman was not the wayward type. All their chats, she forwarded it to the husband who had traveled. However, Henry who wasn't aware that the woman was playing along set a date to come to the woman's house for them to have sex.
The woman agreed while playing along. On the d-day, she had arranged her husband's brothers who were already waiting for the young man.
As he was about removing his boxers after getting into the woman's room, the husband's brothers caught him redhanded and gave him the beating of his life. 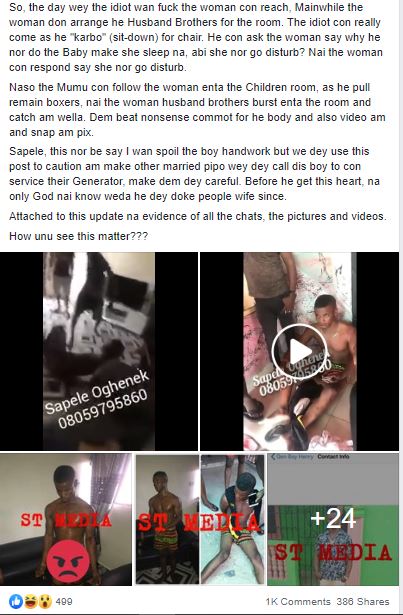