A baby boy has become the youngest groom in India as he gets married to a dog to ward off evil spirits. 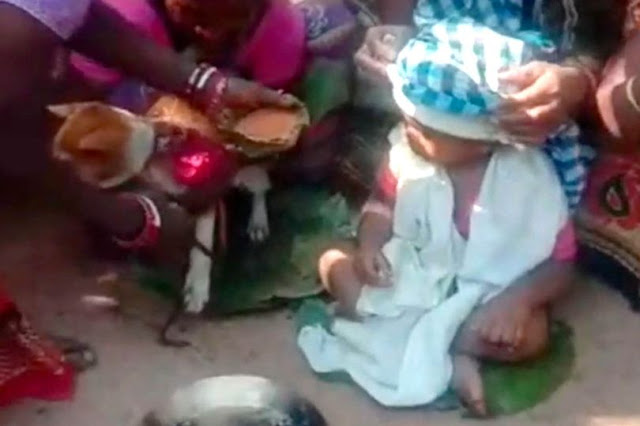 Photos have emerged of an unlikely wedding ceremony carried out between a one-year-old infant boy and a local dog in the Indian state of Odisha.

This peculiar ritual is reportedly conducted by the regional Santhal tribes whenever a baby is born whose first tooth appears in the upper portion of their gums.

Believing this tooth placement to be highly inauspicious, a hastily arranged wedding ceremony between the child and a dog is believed to be the only way to effectively ward off evil spirits.

The wedding is purely ceremonial, and children who go through with it are supposedly still allowed to form more conventional marital unions later in life.

They can later marry without any requirement to formally divorce the dog, it is also reported.

A video captured on February 23 shows the wedding party in Bariyan village was a colourful affair, with plenty of smiling guests in brightly coloured outfits.

Wandering drummers provide an upbeat soundtrack to proceedings and the boy groom, though no doubt bewildered by the attention, looks extremely smart in a blue chequered head dress.

In 2003, a nine-year-old girl was married to a local dog in the same ritual. 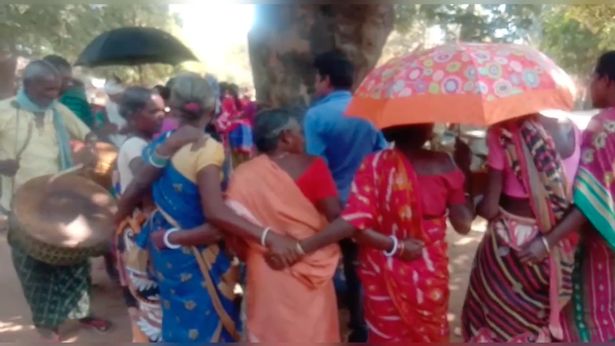 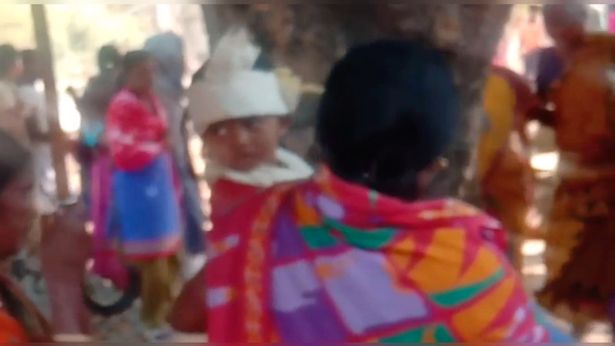