An armed robber arrested by the police in Bauchi state has confessed why he went into armed robbery. 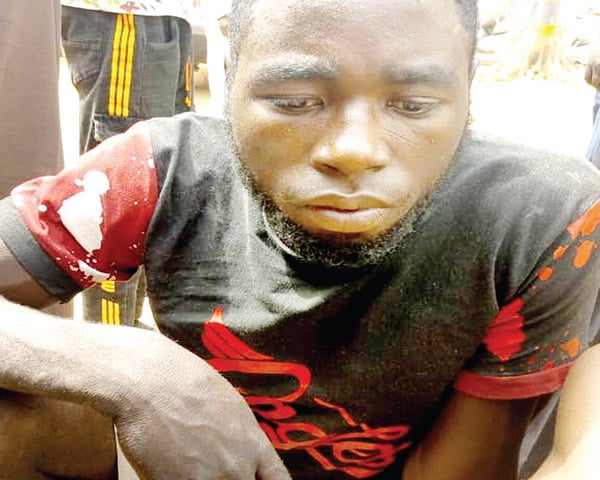 Shehu Abdullahi
One of three suspected armed robbers arrested by the police in the Dambam Local Government Area of Bauchi State, Shehu Abdullahi, has confessed.
He said that he was planning to use his share of the proceeds to get married.
Speaking to Punch while being paraded at the Bauchi State Police Command on Wednesday, Abdullahi said he initially didn’t want to be a part of the gang but his friend convinced him otherwise.
He claimed that it was his first time of participating in such an act before he was arrested by the police.
He said, “I was brought to the police headquarters because of an armed robbery operation that we did. Yes, I am an armed robber, but I have never done it before; this is my first time.
“I was at home when Dan Jauro called me that I should come and join them to go for a robbery, but I told him that I had never done it before. He begged me to just come that they needed people to participate in it. I told him that I was scared, but he encouraged me to just come.
“Before I went there, they had bought everything needed for the robbery. When I got there, they had started bringing out the logs of wood to the road when I got there.
“When we blocked the road, one car came and we stopped it. The driver came out and Dan Jauro dragged one of the women out of the car. We asked all of them to come down and we collected all their handsets and belongings. Some of us opened the boot of the car and took out three boxes and four bags.”
Asked what he was going to do with his share of the money, he said, “Honestly, I wanted to marry and I did not have the money.  I wanted to use it to marry.”
The Bauchi State Commissioner of Police, Philip Maku, said the suspects and seven others still at large were behind a robbery whose video went viral.
“The suspects conspired with seven others now at large on February 18, 2020, barricaded the Kano-Maiduguri Highway with heavy logs of wood and attacked a salon vehicle,” he stated.
The CP added that several exhibits were recovered from them, including a Dane gun, a double-barrelled Dane gun, seven sticks, six axes, six machetes, six knives, 10 charms, some fabricated bullets and one ATM card bearing, Godwin Adie, among others
Top Stories