A woman has proved beyond reasonable doubt that graduating with 3rd class doesn't make one a failure in life. 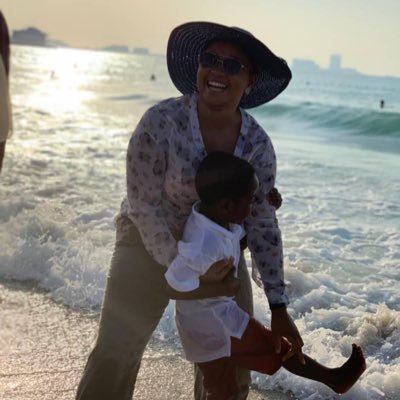 Farida Kabir revealed she has made many successes from her third class degree
A woman identified as Farida Kabir has revealed that despite graduating with a third class, she has made it through in life to become a great success.
She revealed this while slamming an ignorant man who tried to shame people who graduated with a second class lower result and less on Twitter.
The man wrote on Twitter: "How can your CGPA be 2.2."
Another Twitter user, @Aishah_Kabir responded: "My sister finished uni with a 3rd class & got awarded by the French government, worked for NCDC, got invited by WHO because they needed her expertise... The list is endless. Your cgpa doesn’t determine your value and worth. Don’t let tweets like this deter you. Keep pushing!  "
Well, the said sister she was referring to didn't take time to announce the success story she attained with her third class result.
She revealed that with her result, she has worked with prestigious organizations that pay for her expertise. She went on to slam the man who tried to shame people who graduated with less than a 2.1 CGPA.
She wrote:
I am the sister. Sister is me. And the list is as follows:
DFID UNICEF WHO AFD FGN I get paid (some on retainer) to share expertise in information systems, digital economy and women inclusion in STEM. What have you done with your 2.2? 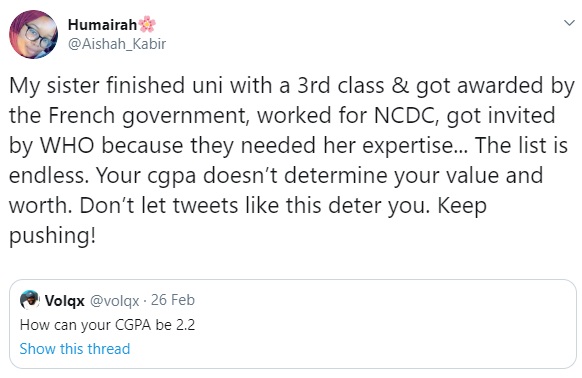 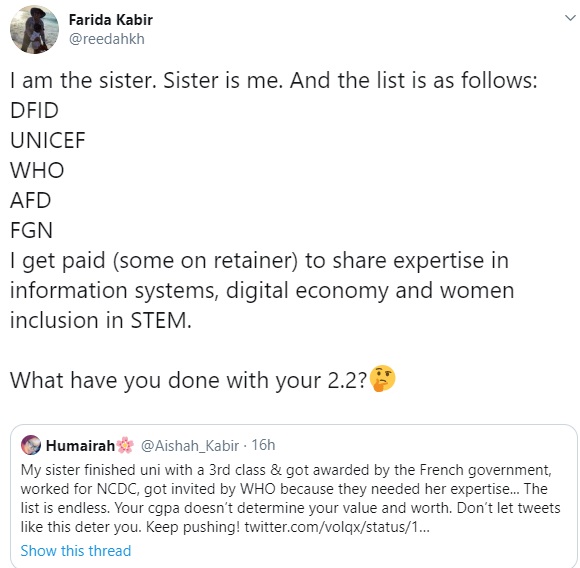