Serious anxiety has taken over Edo state over the coronavirus detection in Nigeria as screening begins at the Benin airport. 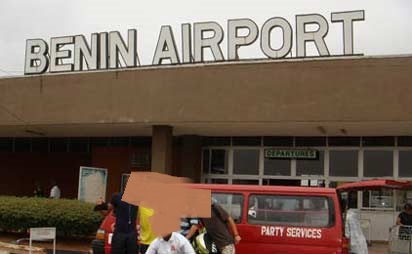 According to Vanguard, there is a lot of anxiety in Benin City, Edo state capital and other parts of the state over the detection of corona virus on an Italian that visited Nigeria from Milan, Italy few days ago.

This development has created fears among residents as there is hardly any family in Benin City and environs that do not have members in Europe and particularly Italy so there are fears that some persons from the state may have traveled with the victim on the same flight to Nigeria and these persons may have visited home.

This development as led to decision to commence screening of travelers using the Benin airport by a joint team of Nigerian Emergency Management Agency (NEMA), Federal Airports Authority of Nigeria (FAAN), Nigerian Red Cross and other stakeholders.

Chairman of Red Cross in Edo state, Festus Alenkhe yesterday told Satuday Vanguard that the screening of passengers at the airport would begin from Monday.

He said “We Just had a meeting now with officials of NEMA and FAAN in Edo. From next week, our volunteers will be at the Benin airport to join the health personnel in screening travelers. We are in touch with Edo disease control unit. The international federation of the Red Cross is making efforts to support all Red Cross branches nationwide We are planning adequate and massive health campaign to all nooks and crannies of Edo state. Markets, churches, mosques, schools and others. For now personal hygiene is the best option.”

Meanwhile the Edo State Government said it has commenced various activities to stop the virus from spreading to the state.

Commissioner for Health, Dr. Patrick Okundia said that a team has been deployed to the Benin Airport to get information on the manifest of the airline that brought the Italian into the country.

He said it has also sensitised staff at the Benin Airport on the screening modalities of air travellers as well as creating awareness for the public on the new coronavirus.