North West made her rap debut as she opened for her father's surprise Yeezy Paris Fashion Week. 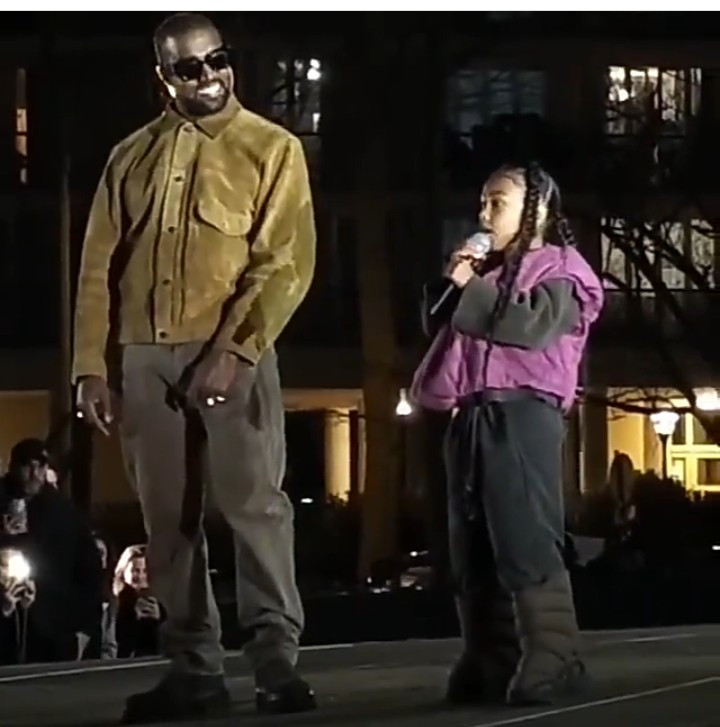 The daughter of Kim Kardashian and Kanye West, six, followed in her dad's musical footsteps as she belted the lyrics while the models presented the brand's neutral-toned Autumn/Winter 2020 collection.

Rocking a braided 'do, the celebrity offspring was the picture of confidence as she took to the stage in front of the massive crowd, which featured her proud parents Kim, 39, and Kanye, 42, as well as auntie Kourtney, 40, and her cousin Penelope Disick, seven. 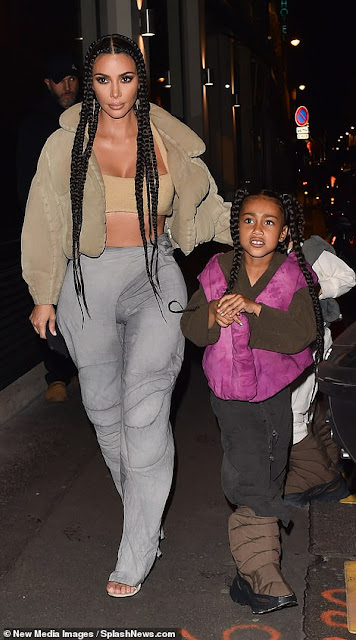 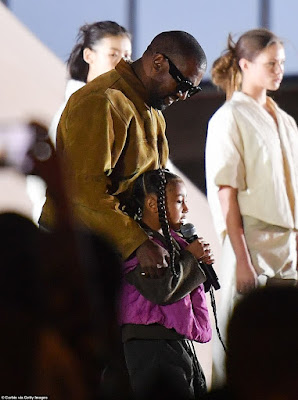 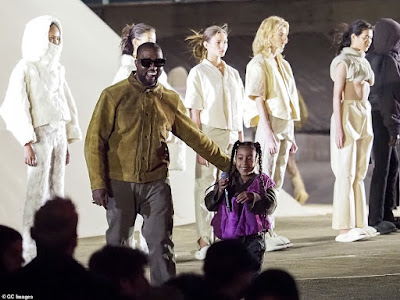 North was in her element as she rapped the catchy lyrics: 'Look at my shoes, they're new and cool. See my school, I'm new, walk to the streets, yeah yeah yeah. Cool, cute, cool, yeah! What are those?'

Standing out from the attendees, the star of the show sported a padded purple coat, teamed with baggy joggers and chunky waterproof boots.

Following her solo opening set, award-winning artist Kanye joined North on the stage, with the Kardashian clan cheering the duo on from the front row.

The Jesus Walks hitmaker looked as fashion-forward as ever in a suede brown coat, which he grouped with low-slung grey jeans and classic boots.

My Breasts, Teeth And Skin Are Fake But My Booty Is Natural – Vera Sidika
Recent Stories