A man who bit off the ear of a kitten is currently facing three months in jail and has been banned from owning a pet for life. 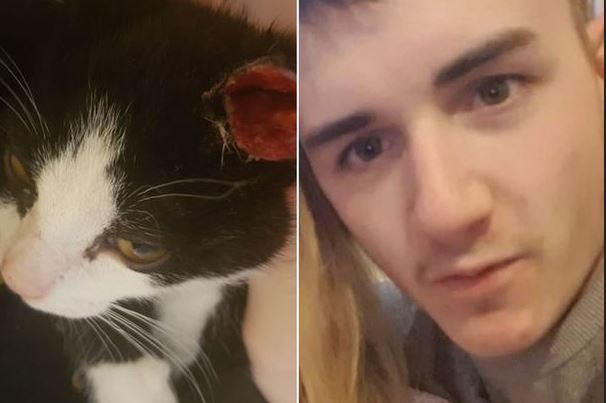 A man who bit his kitten’s ear off has been jailed for 12 weeks and banned from keeping animals for life.

Aaron James Williamson, 20, of Grimsby, was sent to prison after a court heard how he ‘tortured’ his helpless pet.

Williamson admitted that he repeatedly bit the animal’s ear and ‘lost count’ of the number of times he punched the kitten.

The sickening abuse led to the cat, called Litten, losing most of his ear.

The pet was rescued from Williamson’s home on September 11 along with two other kittens after a witness reported the abuse to the RSPCA.

District Judge Daniel Curtis branded Williamson’s actions ‘sickening’ and sentenced him to 12 weeks in jail and banned him from keeping animals for life.