Man Found Hanging Inside His Home In Anambra...You Won't Believe Why He Committed Suicide


A man has committed suicide inside his home in Anambra, startling many people in his area. 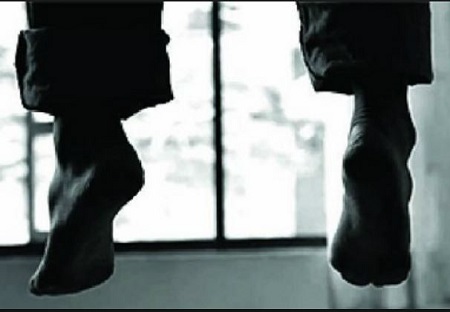 Daily Post reports that a man identified as Samuel Nweke has hung himself over a disagreement with his wife, leaving behind a suicide note.

SP Haruna Mohammed, spokesperson for Anambra State Police Command who broke the news to journalists said the disagreement led to the deceased’s wife abandoning him, leading to his action.

Haruna said, “On the 04/03/2020 at about 12:10 pm, there was a report at Awada Police Station that a decomposing body of one Samuel Nweke ‘m’ aged about 47years was discovered in his apartment at No 5 Chief Nwankwo Street Awada in Idemili North Local Government Area of Anambra State.

“Following the report, Police detectives attached to Awada division visited the scene, cordoned off the area and photographed the victim after he was confirmed dead by a medical doctor.

“No marks of violence was seen on the victim’s body but what appeared like a suicide note was discovered beside the body of the deceased. The corpse was thereafter evacuated by the victim’s relatives.”

Haruna added that “Meanwhile, preliminary investigation revealed that the deceased had an altercation with his wife which made her leave her matrimonial home on 25/02/2020 leaving deceased alone in the house.”

It was suspected that the action of his wife may have driven him to take his own life, a source told the DAILY POST.

Haruna said the Commissioner of Police in the state, CP John B. Abang, has ordered for a discreet investigation to ascertain the circumstances surrounding the incident.