The order of the court followed an ex -parte application by the Emir of Kano, against the defendants. 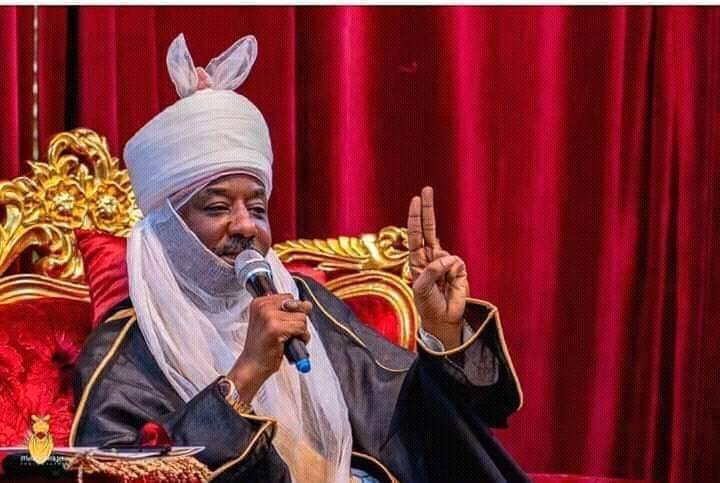 According to a report by Sun News, a Federal High Court sitting in Kano and presided by Justice Lewis Allagoa has ordered the Kano State Public Complaints and Anti Corruption Commission to maintain status quo in the investigation of the Emir of Kano, Muhammad Sanusi, pending the hearing and determination of the originating motion .

The order of the court followed an ex -parte application by the Emir of Kano, dated and filed on the 6th of February 2020 against the defendants namely the Kano State Public Complainants and Anti Corruption Commission, its chairman, Muhuji Magaji Rimingado, the Attorney General of Kano State and the Governor of Kano State.

The court ruled that the respondents were to be served with the order of the court through the first defendant while adjourning the case to the 18th of March 2020 for hearing .

The monarch had through his counsels, Messrs Nuremi Jimoh, Oseni Sefiullahi and Ibrahim Abdullahi, approached the court for an order of interim injunction restraining the Kano State Public Complaints and Anti Corruption Commission and its Chairman Muhuji Magaji RiminGado from investigating the affairs of the applicant pending the  hearing and determination of the originating motion.

The Emir had further sought for an order of interim injunction maintaining the status quo as well as an order directing that the service of the order of the court made in the suit and all other court processes on the respondents be served through the first respondent.

It could be recalled that the Commission had prior to the order, invited the Emir to appear before it on Monday, March 9th, 2020 . The Commission, during a press briefing, Thursday had explained that the monarch’s invitation was sequel to an alleged  violation of the provisions of Sections 22, 23,and 26  of the Kano State Public Complaints and Anti Corruption  Commission Law (2008).

According  to the Chairman  of the Commission, , their  preliminary  findings had suggested that a company,  Country Wide House Limited was used to launder the sum of N520 million, which was the proceed 20 hectares of land at  Darmanawa 11. He alleged that some of the proceeds of the sales remitted to the account of the Emirate Council were traced to companies of interest to the Emir of Kano.

Muhuji further alleged that following their investigation,  it was discovered that “All the alleged illegal transactions for the sales of the landed properties at Darmanawa, Hotoro and Bubbugaje belonging to the Emirate  was done by the trio of Shehu Mohammed  Danjadi,(Sarkin Sanu) ,Sarki Abdullahi  Ibrahim(Makaman Kano) and Mustapha Kawu  Yahaya(Dan Isan Lapai) on the alleged  instruction of His Highness, the Emir of Kano” while adding that all of these persons had made statements which had necessitated the need to invite the Emir to clarify some  issues. The Commission had stressed that the present investigation, brought about by a whistle blower on the 29th of December 2019, was not related to an earlier investigation, which was a subject of a civil suit.

I Used New SIM & Chatted With My Girlfriend As A New Guy, What She Did Shocked Me - Man Cries Out
Recent Stories