Checks on Wednesday have shown that the naira is now trading at N375 to the dollar in Lagos. 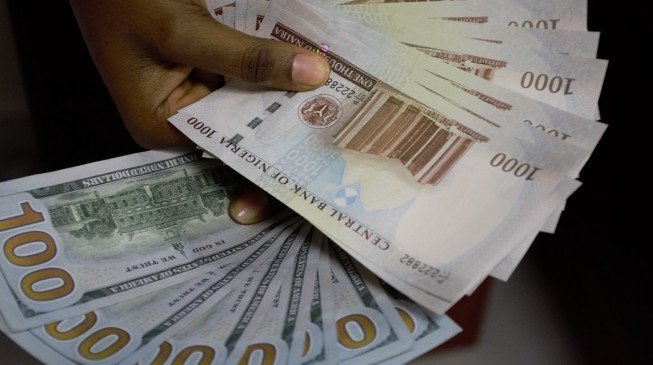 Bureaux de Change operators in the country have begun to experience dollar scarcity as market speculators have begun to stock up their dollar reserves.

Checks by TheCable on Wednesday showed that the naira is now trading at N375 to the dollar in Lagos.

Traders in Abuja told TheCable that they traded at between N370 and N372.

However, traders contacted in Lagos and Abuja said they had run out of dollars.

They said they were waiting for the weekly intervention by the Central Bank of Nigeria (CBN).

The CBN makes interventions of up to $210 million into the forex market to support the naira. This is done twice in a week.

The development is already generating reactions on social media with some speculators advising investors to trade in naira for dollars. 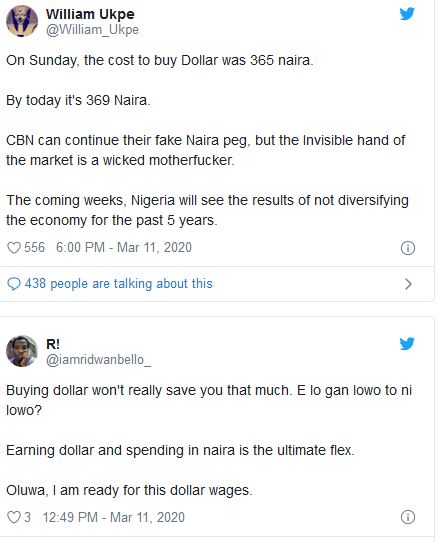 Crude oil prices recorded its biggest single-day drop on Sunday to trade at $33 per barrel.

Oil price began to dip after the coronavirus in China.

China, which is one of the world’s largest buyers of crude oil had to partially shut down its economy to control the spread of the virus and in turn, reduced its demand for crude oil.

The Organisation of Petroleum Exporting Countries (OPEC) and its allies (OPEC+) held a meeting on Friday with OPEC proposing additional production cuts of up to 1.5 million barrels to combat the risk posed to the market by the coronavirus outbreak.

They proposed that the cuts take effect from April till December 2020.

The current production cuts would expire in March

However, talks collapsed as Russia refused to agree to the cuts. Saudi Arabia also announced that it would increase its daily output to 12 million barrels.