An aide to President Muhammadu Buhari has revealed that recent appointments given to deposed Emir of Kano came from Buhari. 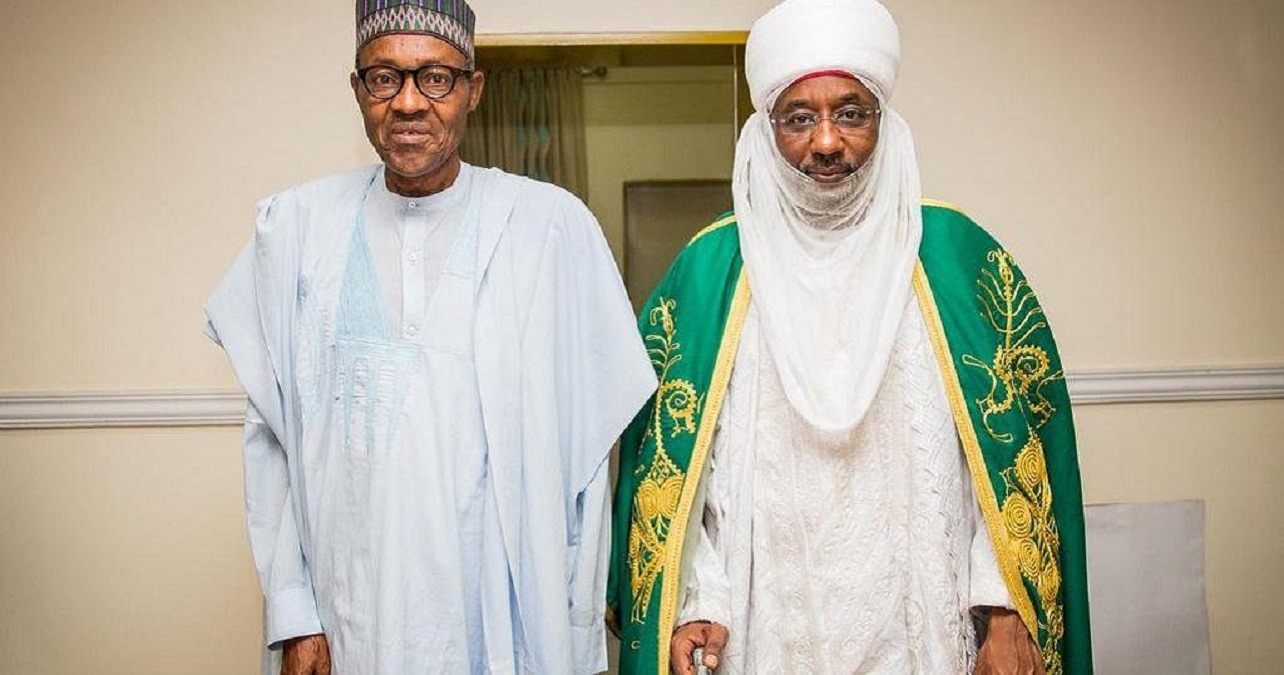 President Buhari and Muhammad Sanusi II
The Personal Assistant on New Media to the President of Nigeria, Bashir Ahmad has claimed that recent appointments given to the dethroned Emir of Kano, by the Kaduna State Governor, Nasir El-Rufai came from the orders of President Muhammadu Buhari.
Ahmad made it known why seemingly mocking former Kano State Governor, Rabiu Kwankwaso in a tweet.
In a series of tweets, the presidential aide wondered why nobody had praised Buhari for ordering the appointment.
In a tweet, the presidential aide wrote: “By the way, I am yet to see anyone praising President Muhammadu Buhari for HRH Muhammadu Sanusi’s recent appointments, “he ordered his ‘godson’ Mallam Nasir el-Rufai to make the appointments”. All the newspapers are welcome to carry this information.
“I have a picture where Buhari was ordering El-Rufai, I will soon drop it, as one of the major newspapers, I hope you’ll publish it as my evidence and ask Kwankwaso to also come up with his own evidence when PMB was ordering Ganduje.”
Recall that the Kano State government had on Monday dethroned Sanusi as Emir of Kano.
The Governor Abdullahi Ganduje-led state government had immediately named Aminu Ado Bayero the 15th Fulani Emir of the state.
Following his dethronement, the Kaduna State Governor had approved the appointment of Sanusi into the board of KADIPA.
The Kaduna State Government also named Sanusi the Chancellor of the Kaduna State University, KASU.
Commenting on the dethronement saga, Kwankwaso alleged that Buhari had ordered the removal of the former Governor of the Central Bank of Nigeria, CBN.
Top Stories