Images of mass graves dug for coronavirus victims have left many people in a state of shock. 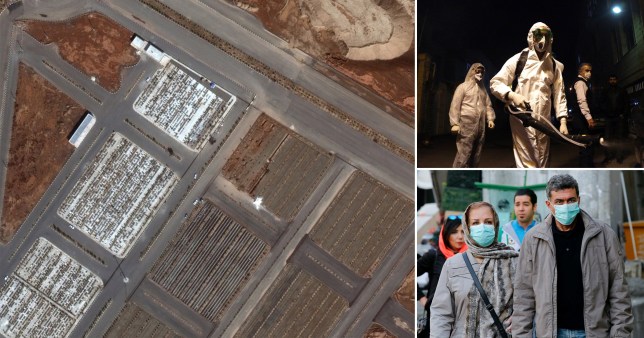 Graves dug for coronavirus victims in Iran
New satellite images of mass graves dug in the city of Qom area of Iran have sparked concern about the country's growing number of coronavirus cases, a report by Metro UK has revealed.
In February, the Iranian government was accused of lying about the scale of the nation’s outbreak by a legislator in Qom, who said there had already been 50 deaths in the city. At the time, Iranian health ministry had claimed that only 12 people had died from Covid-19.
Deputy health minister Iraj Harirchi ‘categorically denied’ the allegations, but later tested positive for the virus himself.
Today, a spokesperson for the health ministry said the country’s death toll is at 429, with 10,075 positive cases of the virus. It is the worst affected nation in the Middle East. 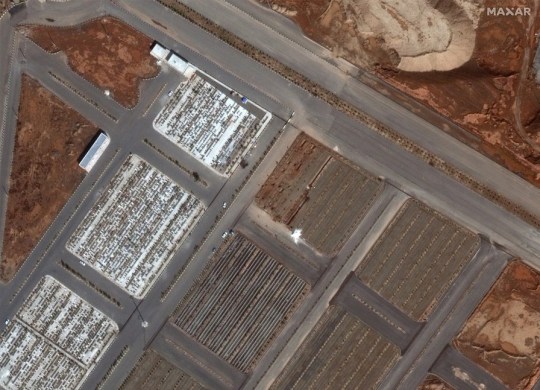 The satellite pictures, first reported by the New York Times, show two large burial trenches, each around 90 metres long, recently dug in Behesht-e Masoumeh cemetery, about 80 miles south of Tehran.
Other pictures, published by Maxar Technologies, show much of the graveyard lying unused in October last year. But by the start of March, one previously half-filled quadrant appears to have now been completely filled up, while work is beginning on another unused section.
An analyst pointed out that piles of lime could also be seen in the images, the Washing Post reports. Authorities in Iran have previously confirmed the use of lime when burying coronavirus victims. Lime can be used to manage the decay and odour caused by mass graves. The expert also said the plots had been dug differently from other graves on the site, suggesting they could have been created hastily to keep up with the country’s growing death toll.
Among the deaths in Iran from Covid-19 are members of parliament, a former diplomat and a senior adviser to Supreme Leader Ali Khamenei. Earlier this week the World Health Organisation officially declared the spread of Covid-19 a pandemic, with director general Dr Tedros Adhanom Ghebreyesus stating that Italy and Iran are on the frontlines of the outbreak. 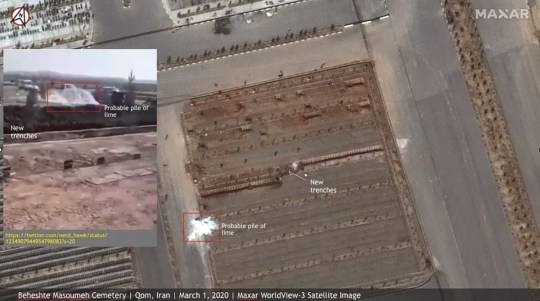 However, the UK has been warned that we are just ‘four weeks’ behind Italy, with potentially already 10,000 infected with the virus.
The government’s chief health advisor, Sir Patrick Vallance, said: ‘‘There are currently 590 cases that have been identified in the UK and there are more than 20 patients in intensive care units. If you calculate what that really means in terms of the total number, it is much more likely that we have between 5,000 and 10,000 people infected at the moment. ‘That is still a relatively small number.’ Sir Patrick made the comments during a press conference earlier today, in which Boris Johnson named Covid-19 the ‘worst public health crisis for a generation’. The Prime Minister also warned the British public that ‘many more families are going to lose loved ones before their time’.
Top Stories