A woman caught some days ago cheating with another man in her matrimonial home has broken her silence. 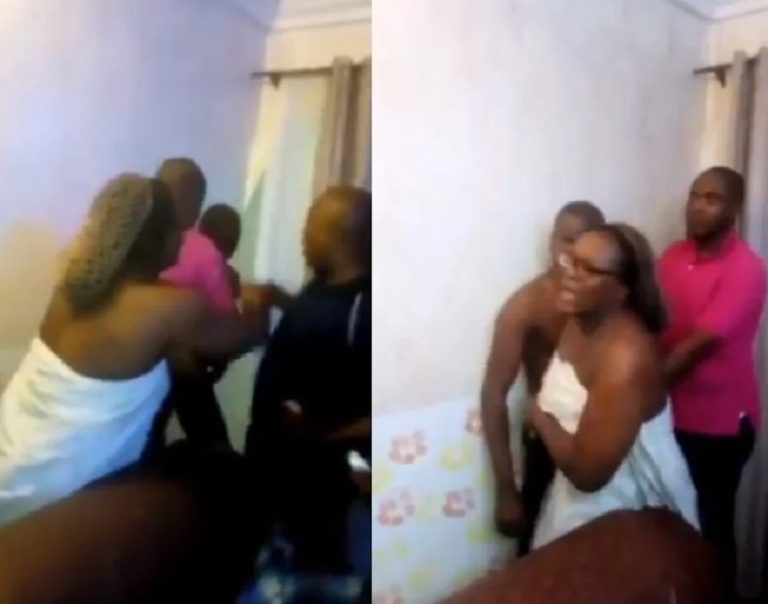 Woman caught cheating with another man
Some days ago, we brought you a report about a woman who was caught by her husband in their matrimonial home with another man.
The woman has now claimed that she is not legally married to the man who caught her cheating.
According to her, she said that she only gave birth to the man's children.
She made the claims in a new video shared on social media. It is not certain whether she's saying the truth as the man's side of the story is yet to be made public.
Watch video below:

She claims she was not married to the man people assumed was her husband, and that he abandoned her after migrating to the US where he’s now legally married. #thephenomenalgirl