How I Was Caught With Human Head, Hands - Farmer Makes Startling Confession (Video)


A farmer who was caught with a human head and hands has made a startling confession about his atrocities. 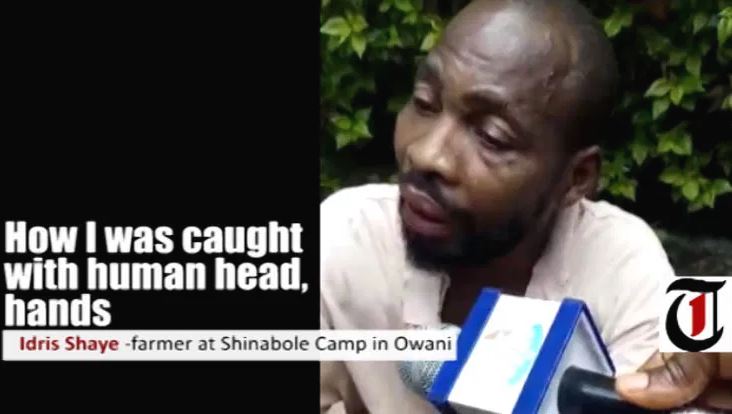 A farmer at Shinabole Camp in Owani, Ose Local Government Area of Ondo State, Idris Shaye, was caught in possession of a human head and hands, the police have said.

According to the police, Mr Shaye, along with others now at large, dismembered their victim, and brought home the body parts, hidden away in an apartment he shared with another person.

The police said the.act was committed on February 27.

He was discovered by his neighbours after the odour from the putrefying body parts became discomforting to other residents of the building.

He told reporters he did not kill the victim but was instructed by his in-law to cut the parts for him. He also denied knowing what the parts would be used for and that no money was paid to him.

The Ondo police spokesman, Tee Leo, said he will be charged to court.

Watch the video of his confession below: