Brazil has recaptured more than 500 prisoners who fled four jails ahead of a planned lockdown of the facilities over the coronavirus pandemic. 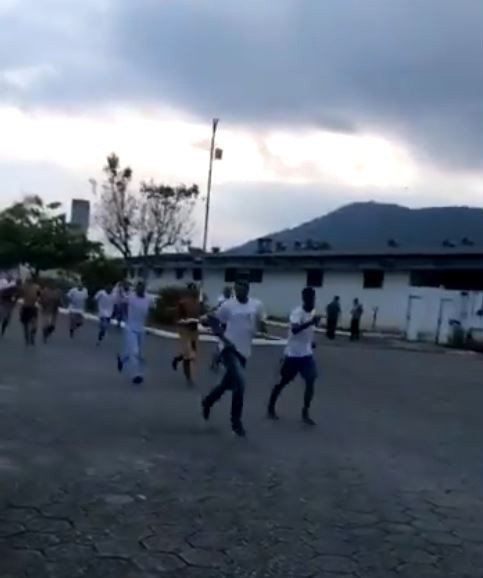 Brazilian authorities had recaptured 586 inmates who escaped from their minimum-security prisons after their right to leave on temporary furloughs was suspended because of the coronavirus pandemic.

But they estimated that 789 others remained on the run, after a series of riots Monday in four prisons in Sao Paulo state.

The riots broke out when authorities announced they were suspending the inmates’ right to leave for up to five week-long home visits per year.

They said they feared the returning prisoners would bring “heightened risk of spreading the new coronavirus among a vulnerable population” to  their fellow inmates.

But that caused hundreds of prisoners to rebel against their guards, set fires and escape.

In all, at least 1,375 inmates fled, though authorities are still completing the count, the state penitentiary administration said.

The escapees were being held in “semi-open prisons,” which allow inmates to leave during the day for work and make extended home visits periodically.

“They will now serve their sentences in normal prisons.”

Brazil has also suspended visits in its five federal maximum-security prisons over the coronavirus pandemic.

The country confirmed its first coronavirus-linked death on Tuesday.