What God Told Me About Coronavirus - Pastor Adeboye Opens Up


Pastor Enoch Adeboye made his revelation while addressing his congregation across the globe via a live broadcast on Sunday. 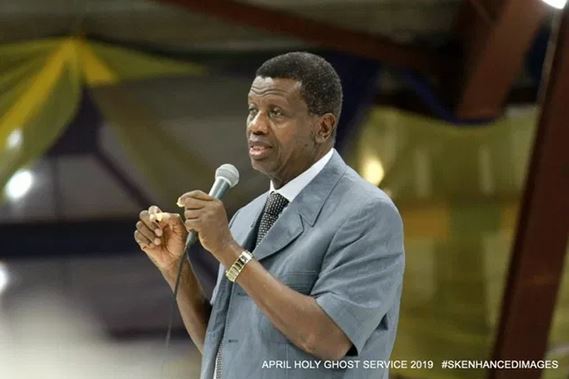 PREMIUM TIMES reports that the General Overseer of the Redeemed Christian Church of God, (RCCG), Enoch Adeboye, on Sunday said the current outbreak of COVID-19 across the world will soon subside but will not be ‘completely eradicated’.

Mr Adeboye, who addressed his congregation across the globe via a live broadcast on Sunday, also said God had revealed to him earlier in the year that the world would experience a ‘compulsory holiday’, hence his earlier call to church members to undertake a 50-day fast in January.

The Redeemed Church, like many others across the nation, has stopped physical services, and resorted to online services in line with the directives of many governments to halt mass gathering.

The directives were given as a means of curbing the coronavirus which has so far infected about 26 persons in Nigeria and killed thousands across the globe.

“I have heard one prophet say the coronavirus will soon die. And I said ‘amen’. You know prophets are greater than pastors. I heard another prophet say the world will experience rain for seven days and (it) will wash the plague away. I said ‘amen’. But I am speaking with you my children. The coronavirus will certainly subside after God has removed the plague but to say it will die, let me speak in local parlance, ‘na lie’ (it is a lie),” the pastor said.

He said the outbreak was God’s way of calling the attention of the whole world to godly living, irrespective of class or social standing and to show that He is still in control of human affairs.

He said this is because the ‘compulsory holiday’ now affected both the low and high class citizens as most nations across the world have now locked down their communities and closed their borders.

He also disagreed with those that argue that Satan was the source of all evil and not God. He reminded them of the story of Job in the Bible.

“Even Satan could not touch Job with any ailment or tragedy until God gave him express permission. The coronavirus plague is God’s way of telling the world, He is still in control. It will certainly subside and go away ‘for a while’ and the world will recover,” he said.

Speaking copiously from Psalm 91, 121, Isaiah 25 and a few other scriptures, Mr Adeboye urged Christians not to fret but to depend on God for protection in this trying time.

He said for those, who put their trust in God for their protection and provision, no plague is permitted to come near them.

“He that dwells in the secret place of the almighty must abide under the shadow of the almighty. The conditions is for you to ‘dwell’ and ‘abide’ so you can enjoy the scriptural blessings God has promised in this end time,” Mr Adeboye said.