How We Missed Our JAMB Exams - Candidates Tearfully Tell Their Stories


Some of the JAMB candidates who missed their exams have spoken about their sad situations. 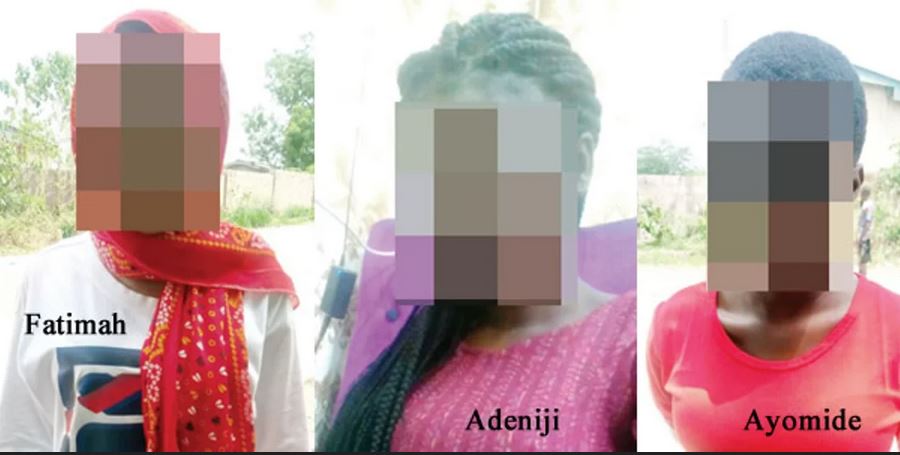 Some of the candidates

Tears welled up on the face of Alade as he stood feebly at the entrance to the Abeokuta, Ogun State, office of the Joint Admissions and Matriculation Board.

Despite our correspondent’s attempt to console him, Alade remained inconsolable particularly as missing this year’s Unified Tertiary Matriculation Examination meant he would wait for next year to take another one.

Alade is one of the candidates who stormed the Abeokuta JAMB office last week to lodge complaints after they were denied entry for arriving late to the Computer-Based Test centres.

According to JAMB, about 1,900,000 candidates registered for the 2020 UTME. Authorities of the examination body announced that the examination would hold between 7am and 9am running from March 14 to April 4, 2020.

Findings showed that some had issues related to wrong CBT centres’ addresses, while others encountered traffic gridlocks and arrived late to their centres. The candidates who spoke with Sunday PUNCH gave only their first names.

Alade, who completed secondary school education in Ijebu-Ode, Ogun State, said there was a wrong address on the slip he printed from the JAMB portal.

“Immediately, I rushed to Sango to search for the centre and when I found it, it was late. I arrived at the centre at 9.42am. The address written on the slip was Ijoko, Agbado, Sagamu Town.”

On why he did not sort out the centre issue before the examination day, he said, “I didn’t know that there was no Ijoko in Sagamu. I don’t know what to say again than to continue pleading with JAMB to reschedule the exam for me and others who missed it.”

Adeniji said she arrived at the centre 15 minutes into the examination because of the traffic she encountered on the road.

She said, “I was 15 minutes late to the centre because of traffic. Everybody knows the road is in bad condition.

“When I arrived at the centre, the security officials stationed at the gate prevented me from entering into the exam hall. They told me I arrived late that it was past the scheduled time for the examination. I felt sad and worried hearing that because I had been stressed even before I got there. I appealed to them at least allow me to enter the hall and take the exam. But my pleas were neglected. I knelt down, prostrated and begged them to have sympathy for me but all were to no avail. They kept telling me to return home and prepare for next year.”

She told Sunday PUNCH that she came to the board’s office in Abeokuta to lodge a complaint and met others who also missed the examination. He begged the board to reschedule the exam for them.

“They should pity us especially as some of us came from far places to our centres. I have yet to tell my mother about my plight because for now I don’t know what to tell her. I will still inform her though. There are three sections for the exam; the first is at 7am, there is another by 9am and the last section is slated for 1pm.”

Favour is another candidate who also arrived 15 minutes late for the examination slated for 7am at a centre in Ibafo, Ogun State.

She added, “I arrived at the examination 15 minutes after the scheduled time. The security officers at the gate alongside the JAMB officials denied me access to the centre. I agreed that I was late to the exam hall, but it was through no fault of mine. The traffic was too hectic. I left home at Agbara, Ogun State, at 4:30am but I spent hours before getting a bus to the park. Even the motorcyclist that took me from home was afraid of being arrested by the police. I was also afraid because everywhere was dark. But I had no other choice.”

She appealed to the board to look into their plight and reschedule the examination, adding that she suffered a lot for payment and preparation only to miss the examination.

Ogbuam completed secondary education in Lagos State and was scheduled to take the UTME at a centre in Ibafo, Ogun State.

He said he lived at Surulere and left home at 5am for Ibafo where his exam centre was located.

He added that he got to the centre few minutes before the examination but made a mistake that cost him the exam.

Ogbuam said, “I did not get to the examination hall late. I arrived there around 6:55am but sat in my dad’s car. When I got there, I saw several people sitting outside. I thought they were candidates for the exam awaiting security officials to open the gate because it was locked. I didn’t know that they escorted some candidates to the centre.

“I later realised that I was wrong and the examination had started. I went to the security officers and JAMB officials to complain to them but they sent me away. Their approach towards me was hostile. They told me to wait till next year. I want the management of JAMB to have sympathy for us.”

Samuel who said he lived in Borno State was to take the exam in Ogun State.

He said he registered for the examination at Covenant University, Ogun State, but chose Borno as his preferred state for the exam.

Samuel said, “It was after I chose Borno State for the examination that people told me to consider the insecurity there. I was confused then and went to a CBT centre in Abeokuta to change the examination centre. I couldn’t access my centre on the portal until last Thursday while the exam was on Saturday.

“Normally, it would take two days to Borno State from Ogun State. Even if I had left early on Friday, I would still get late to the examination centre. I don’t have a choice than to stay back. I cannot travel to Borno and that was why I came to the JAMB office to complain.

“Another problem is that the officials at the CBT centre failed to change the state of exam for me after payment of N3,000. I was surprised when I saw ICT 1, Borno State, as my examination centre. I am appealing to the management of JAMB to help me out.”

One of the candidates, Ayomide, appeared tired when our correspondent saw her among the affected candidates milling round the Abeokuta JAMB office gate.

She came from Ikorodu, Lagos State, to sit the exam at a centre at the Federal College of Education, Osiele, Abeokuta, Ogun State.

She said, “I left Lagos State for the centre around 5am and got there at exactly 7:25am.

“The traffic was too hectic and also I do not know anywhere in Abeokuta. When I got to the school entrance, the officials told me that I cannot enter because I was late. I explained the reason why I came late to them but they just ignored me.”

A candidate, Olalokun, also arrived late to the centre. He told our correspondent that he lived in Lagos State and registered for the UTME there but his exam centre was at the Redeemed Camp along the Lagos-Ibadan Expressway.

Olalokun stated, “I woke up early that day but encountered traffic gridlock on the way. There was an accident on the road which made me got to the centre late. I am appealing to the JAMB management to reschedule the examination for us.”

Another candidate identified as Fatimah said she came from Maiduguri, Borno State, to sit the UTME in Sagamu, Ogun State.

She said, “I came from Maiduguri. Initially, the centre’s address given to me by JAMB was a centre along the Lagos-Ibadan Expressway. I passed the night in the area and later realised that it was a wrong centre.

“Some people directed me to the actual centre. When I got to the centre, it was already late. I got to the centre when the candidates scheduled to take the exam by 9am had started. I pleaded with the JAMB officials I met there to allow me into the exam hall but they sent me away.”

Fatimah appealed to the JAMB authorities to reschedule the exam date for those of them who weren’t able to take it on the scheduled date.

Like Fatimah, Olusola said he registered for the UTME in Lagos but his centre was along the Lagos-Ibadan Expressway.

He said, “I left home around 5am but there was an accident on the highway that caused a heavy gridlock. I had to patronise a commercial motorcyclist who charged N300 to the centre. I was scared taking a bike on an expressway but that was the available choice for me that day. I got to the centre around 7:15am and I was told that I had missed the exam.

“I pleaded and cried but my pleas were futile. The JAMB officials and security men at the gate refused to listen to me. I want JAMB to reschedule the exam for us. I will be extremely happy.”

We owe latecomers no apology – JAMB

However, JAMB Registrar, Prof Is-haq Oloyede, said the board did not have apology for candidates denied entry into the examination halls as a result of lateness, adding that they should take the exam in 2021.

Oloyede, who spoke during an interview with Sunday PUNCH, said the cases the board had this year were that of candidates arriving late to exam centres.

“Your coming late to examination; you created it and we have no apology for it. You have been asked to arrive by 7am. I understand some parents were complaining. You were told that your exam starts by 7am and you came late and they said you cannot come in and that became an issue. They now said they came late because they could not locate the place on time.

“In our days, the previous days, you would have gone there to see where you were going to take the examination. It is lawlessness or carelessness that is taking place. So, no apology. If you were to catch a flight and you came late to the airport, will you say the plane should wait for you or turn back for you? No, you wait for the next session. And for us, our next session is next year. So we don’t tolerate such lawlessness.”