Doctor Disappears After Raising Alarm About Coronavirus In China (Photo)


A doctor is missing in China after raising alarm about the deadly coronavirus pandemic. 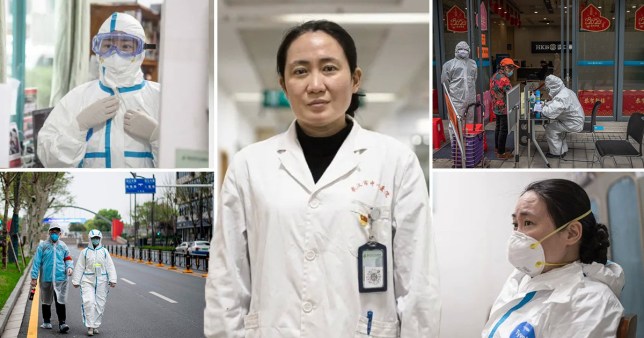 Dr Ai Fen
A medical doctor and one of the first to sound the alarm about the spread of coronavirus has reportedly disappeared. The disappearance of the doctor who live in Wuhan area of China has raised fears that she might have been detained for speaking out.
Metro Uk reported that Dr Ai Fen, head of the emergency department at Wuhan Central Hospital, gave a grim account of the deaths and strain on medical staff to Chinese magazine People, and criticised the authorities’ handling of the outbreak. She described how, instead of heeding her warnings and taking early precautions, the hospital dismissed them and reprimanded her for ‘illegally spreading untruthful information online’ and causing panic. The doctor claimed she had been silenced by bosses after taking a photo of a patient’s test results with the words ‘SARS coronavirus’ circled with red pen.
According to 60 Minutes Australia, Dr Ai has not been seen for two weeks after going public. Her rumoured disappearance comes on the back of criticism of China’s perceived efforts to cover up the true scale of the outbreak at each stage of its response.
Medics were reportedly punished for issuing warnings, person-to-person transmission was denied, and lockdown measures were delayed. And once the epidemic exploded the authorities began censoring information about the virus in the public domain. The original article was removed, but in an effort to publish Dr Ai’s words, internet users translated the interview into at least five languages and reformatted it in at least 22 different ways. The text was rendered backwards, into emojis, Braille, oracle bone script, Morse code, song sheets and even the Elvish language from Lord of the Rings.
During the interview, the doctor spoke of her regret at not speaking out more following the deaths of four colleagues fighting the outbreak. She said: ‘Had I known how things would turn out, I wouldn’t care if I got criticised. I would’ve told the whole world.’ On December 30 she received a patient’s report labelled SARS coronavirus. The SARS epidemic killed more than 800 people after infecting more than 8,000 worldwide 17 years ago.
Dr Ai circled the words ‘SARS coronavirus’ and shared a photo of the report in a department group chat. But after alerting hospital higher-ups she was called in by the head of the disciplinary inspection committee and chastised for ‘spreading rumours as a professional’. She said: ‘I was in shock. What did I do wrong? Knowing the fact that a significant virus has been found on a patient, how can I not tell when another doctor asks about it?’ The medic said she does not consider herself a whistleblower, but rather ‘the one handing out the whistles’.
Top Stories