How We Were Chained, Caged Like Animals, Beaten Daily In Zamfara Torture Home - Rescued Victim Speaks


One of the rescued victims of the Zamfara torture home has spoken about the horrific experiences he had. 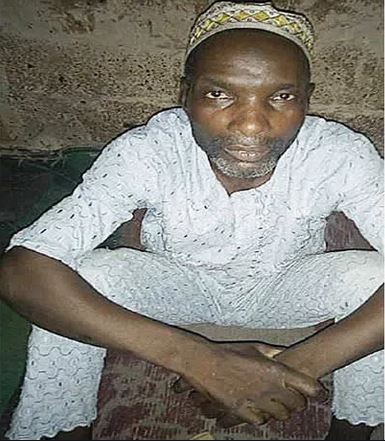 Ashiru Halilu was among the 56 persons chained in an illegal rehabilitation centre for many years in Gusau, the Zamfara State capital, purportedly for spiritual healing. Mallam Iliyasu Maimamari, the cleric who owns the centre, was arrested by the police on Tuesday and the victims were evacuated and taken to the Government Rehabilitation Centre in the state, while those fit to return home were allowed to do so. The evacuated persons between ages 13 and 50 were taken to the centre for alleged psychiatric and other antisocial problems. Halilu tells MAIHARAJI ALTINE about his experience at the centre

Where are you from?

How did you get to the rehabilitation centre said to be illegal?

I was taken there by my family members. I spent almost two years there.

What did they say was wrong with you?

They said I was out of my senses. It was completely a family affair. One day, my family members told me they were taking me to someone who would assist me to overcome all my problems in life. And immediately we arrived at the place, they handed me over to the man and went away. The man chained me up and put me in a small room together with other inmates.

How were you treated there?

We were treated like animals. There was no difference between animals and us in terms of all the forms of maltreatment we got there.

What kind of food were you given?

The usual food given to us was guinea corn and sometimes maize. There was never a time we were given rice. Since I was taken to that house, I never ate meat.

How many times were you fed in a day?

We were fed twice a day, that’s morning and night. Sometimes we were fed once a day.

Were you and others beaten?

Yes, we were seriously beaten. We were beaten on a daily basis. In fact, beating was the only language they understood in that so-called rehabilitation centre. Whether you misbehaved or not, you must be beaten every day because that was why we were taken there.

What reasons were you given for beating you?

No reason was given to us. But traditionally, everybody knows that all the traditional psychiatric homes beat their patients seriously because they believe it is the only remedy for mental illness. They would not give you any drugs that could cure your mental illness; instead, they would subject you to all forms of maltreatment, including beating.

Was your movement restricted?

That’s the system. We were all considered as ‘mad’ persons, as such, we were not allowed to go out in order not to harm people. We were chained up. Immediately someone is brought there, they are chained up so that they do not escape.

What other ill treatments did you receive?

Apart from the severe beating, I was also subjected to hard labour within the premises, such as cutting of trees, washing of clothes, and so on.

What about the others? What conditions were they subjected to?

The treatment was the same with everybody in that house.

Did you relate with one another inside there?

Oh, yes! We related with one another, particularly with those who found themselves in one room. We used to discuss our problems and how we could escape from the house.

What kind of issues brought other people there?

The majority of them were brought there because they believed they had mental disorders or exhibited antisocial behaviour.

You said your family members took you there…

Yes, following disagreements between my family and me, they decided to take me to that so-called rehabilitation centre.

Which of your family members?

What was the reaction of your family members to the way you were treated there?

They were happy with the way I was treated. That was their expectation. They knew I would suffer there.

Did your family members visit you there?

None of my family members was able to visit me, despite my constant pleas to them for help.

What is your level of education?

I completed secondary education. I don’t have a vocation.

Have you ever worked?

I was only involved in mining.

What kind of person is the owner?

The owner of the so-called rehabilitation centre in an Islamic cleric named Mallam Iliyasu Maimamari. He is from Maradun LGA in the state.