Legendary footballer, Ronaldinho has been released from jail after he tried entering Paraguay with a fake passport. 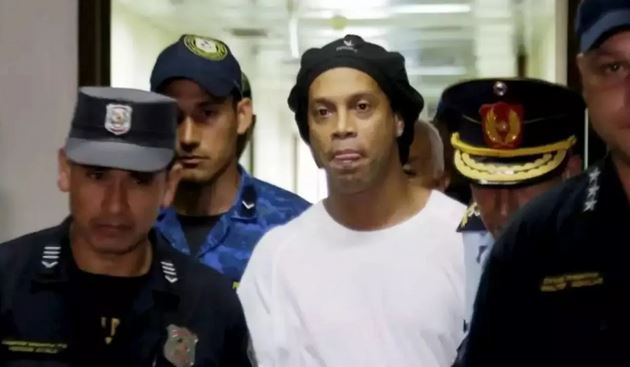 Brazil football legend, Ronaldinho, has finally been released from a prison in Paraguay and placed under house arrest, according to SportingLife.

The 40-year-old Ronaldinho was sentenced to prison for allegedly trying to enter South American country, Paraguay, with a fake passport.

The sports legend has now been allowed to leave prison, on the condition he stays within the boundaries of Hotel Palmaroga.

The former Barcelona and AC Milan midfielder, along with his brother, was released from prison after just 32 days of what was meant to be a six-month sentence.

Reports claim they were both released after paying a £1.3million bond.