Nnamdi Kanu, Reno Omokri, Imam Of Peace And The Endless Criticisms Of Buhari


Enengedi explains that if Buhari is honest to himself, he will admit that he is not viewed as the same man he was, prior to his occupation of Aso Rock.

I’m pretty sure that by now, the aides of President Muhammadu Buhari are tired of the endless attacks on the President and his administration by Nigerians. Femi Adesina, Garba Shehu and Bashir Ahmad must be exhausted having to frequently deny one report or the other about the nation’s number one man.

If the President is not being attacked for his policy, his actions or inactions on certain issues is being questioned. Hardly a week passes that the President does not receive knocks on social media, so much that it now appears to look like nothing the government does is ever satisfying to the people. Last week alone, the administration came under severe criticisms following some of the week’s leading events. From the Chadian Army’s successful burst of Boko Haram’s armoury to the questionable disbursement of COVID-19 funds to the inferno at the office of the Accountant General to the arrival of 15 Chinese medical doctors to the country, Nigerians are always looking for a way to take out their anger on the government.

Sometimes, these attacks come in the form of fake news on the President, his government and sometimes members of his family. Remember one time when it was widely reported by an online media platform that the President’s daughter, Zahra was secretly appointed Deputy Manager at Petroleum Products Pricing Regulatory Agency (PPPRA)? It was also amusing when a viral report claimed Buhari was about to take a second wife in the person of Sadiya Umar Farouq, his Minister of Humanitarian Affairs, Disaster Management and Social Development. These and other reports were later proved to be false, but Nigerians were however mad that it was false rather than the truth. Why? So they can continue to push the negative perception they have of the President.

When rumours emerged on social media that President Buhari had come down with a serious cough and had been flown abroad for treatment, alongside his Chief Of Staff, Abba Kyari who tested positive to the deadly Coronavirus. Conversations in the widely circulated audio claimed that Buhari and Kyari were secretly evacuated from the country to unknown destination for treatment. Not even the denials by the President's top aides could convince Nigerians otherwise until the President, days later, decided to taunt his traducers in a live video showing him walking around the premises of the Villa and then receiving the Minister of Health, Osagie Ehanire and the director-general of the Nigeria Centre for Disease Control (NCDC), Chikwe Ihekweazu who had arrived to give him situation report on the Coronavirus pandemic.

Recently, so many Nigerians on social media jubilated when a popular Iranian-born cleric, Mohammad Tawhidi took to Twitter to mock President Buhari, calling him all sorts of disrespectful names. Tawhidi, who is based in Australia and also referred to as "Imam of Peace" who was before then, relatively unknown in Nigeria quickly gained a lot of Nigerian fans. Emerging from his newfound fame, the Imam joined other Nigerian celebrities in doing giveaways on the micro-blogging site while the Coronavirus care lockdown persisted.

Even though the President’s aides responded to Tawhidi’s attacks, the Imam’s assault cannot be counted to be as lethal as that which the Presidency has endured on the homefront from the likes of Reno Omokri, Nnamdi Kanu, Aisha Yesufu and Femi Fani-Kayode who seem to have sworn to not give him peace as they continue to sway the narratives on social media. From constantly attacking Buhari and his administration, these people have gained massive relevance and followership on social media. While Yesufu, Fani-Kayode and Omokri continue to trouble the President with both constructive and destructive criticisms, it is Nnamdi Kanu’s popular conspiracy theory of Buhari being replaced by a certain Jubril from Sudan that has widely gained attention and has sparked conversations. 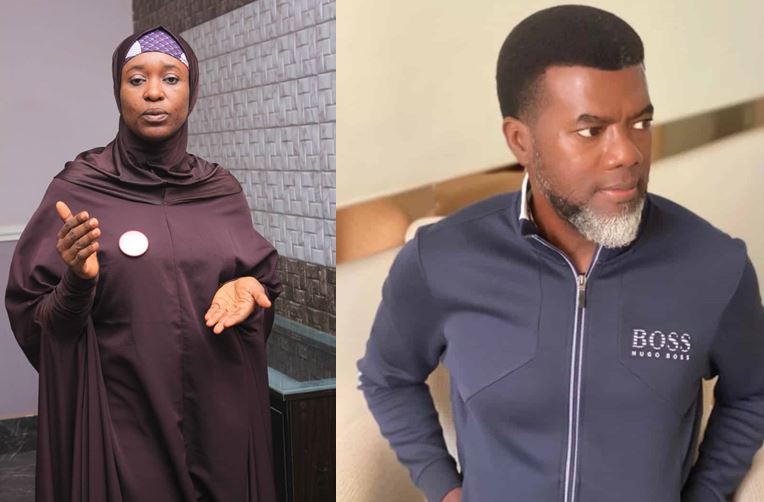 The reason for these persistent attacks isn’t far-fetched. Nigerians are not happy with the Buhari administration and any rumour to tarnish the image of the President or present him as an unjust and incompetent man is readily believable. Buhari came back to power in 2015 riding on the free-willing of the masses who had believed that the Peoples Democratic Party’s frontman, Goodluck Jonathan had failed. The people wanted a ‘change’ from the norm, hoping that Buhari was that messiah that was going to deliver the country from the throes of poverty, corruption, insecurity and economic downslide.

Buhari has however failed to deliver on his promise to address the country's economic problems, fix the pervasive insecurity and properly execute the anti-corruption fight. Nigeria, today, is bedevilled by serious insecurity problems - Boko Haram terrorism, killer Fulani herdsmen clashes with farmers, vicious banditry, and heightened kidnappings. His war on corruption has come into question with the dynamics of his investigations and convictions pointing at a calculated attempt to neutralise perceived political oppositions.

Buhari’s demeanour gives him up as an unsympathetic leader or maybe a tribalist. To be honest, Buhari has been unfair with the way he has dealt with people from the Southern region, especially the South-easterners. It is not far from the truth to say that Nigeria seems more divided than the prop-civil war era. Seeds of discord have fully germinated and are now threatening to tear down the walls of the country’s unity. This division stems partly from the dissatisfaction in some quarters in relation to the lopsided appointments of Mr President. According to statistics earlier made public, over 70% of top appointments in federal agencies and parastatals and key security apparatuses have gone to the North.

Buhari’s government now frequently indulges in the disobedience of court orders. In his government, have seen a rival of the military era where journalists and opposition were unjustly arrested and imprisoned for making criticisms.

Even though Nigerians would readily express how disappointed they are in the government, unfortunately not everyone’s voices can be heard, except when it comes to the ballot. For now, the voices of the common commercial bus driver in Lagos, the trader in Onitsha, the farmer in Jalingo or the artisan in Port Harcourt cannot be heard in Aso Rock, it is only sure that they are likely to hail and lean towards that one voice that projects their thoughts, opinions and dissatisfaction.

It is however sad that some have nurtured so much hatred for the President that they have sometimes openly wished he dies. During a few of the occasions Buhari had to travel to London, the United Kingdom to be treated of a yet to be disclosed ailment, some of his traducers minced no words in hoping that he died and let his Vice, Yemi Osinbajo ascend to the position of the President. More recently, Kyari contracted the deadly Coronavirus, many on social media and on the streets wished Buhari contracted the virus as well. Wow! So much hate for one man.

It is obvious, Buhari’s popularity rating has dropped since his triumph in the 2015 general election. If he is honest to himself, he will admit that he is not viewed as the same man he was, prior to his occupation of Aso Rock. Even his wife, Aisha and some of his party members have sometimes expressed dissatisfaction in his government and policies. But it is not too late to redeem himself in the remaining two years and become the hero Nigerians had hoped he was going to be.

The ball is your court, Mr President.