A woman gave birth in the car park of a supermarket after paramedics failed to stop because they thought her husband was cheering them on for their services. 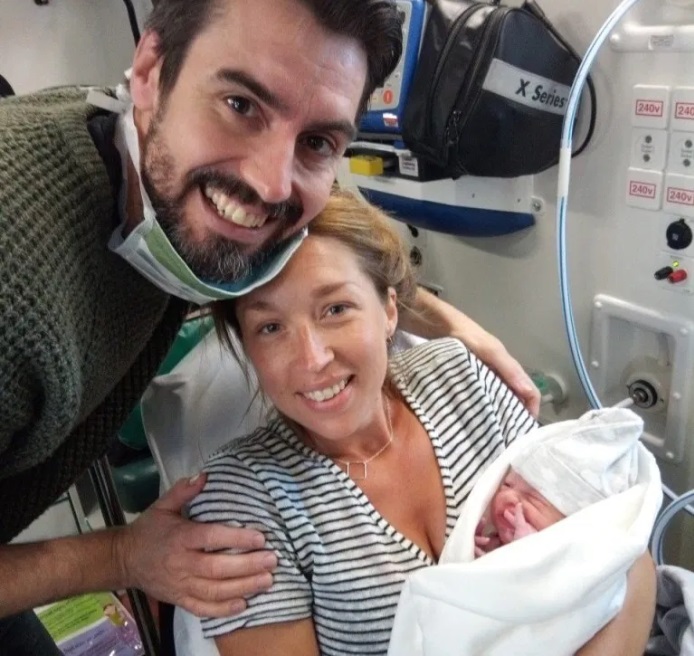 A teacher had to give birth to her son in a supermarket car park after an ambulance failed to stop because the driver thought the husband was just was just cheering them on.

Hannah Howells and husband Andy, from Hamble, Hampshire, were driving to the Princess Anne Hospital in Southampton on April 19 when she realized they were not going to arrive in time to have their baby in the hospital.

They pulled over in their car into a Sainsbury’s Local car park, where Mr Howells attempted to wave down a passing ambulance. However, the ambulance didn't stop because they thought the husband  who was waving to get their attention  was cheering them on for their service.

Left with no choice, the husband contacted ambulance control to put him through and he helped deliver baby Wilf, who weighed 6lbs 7oz. The same ambulance that had passed them earlier returned and the paramedics helped take mother and child to the hospital to be checked over.

Mrs Howells, 33, explained: "We were probably 10 minutes into our journey and I said to my husband, ‘The baby is coming right now’.

"We saw an ambulance coming in the other direction. Andy was trying to wave, but they quite rightly thought we were clapping for the amazing work they’re doing.

"We parked up and called the Labour Line and then 999 and the amazing lady who took the call talked my husband through delivering our baby. Wilf was already halfway out on the front seat of the car and I still had my seat belt on.

"People kindly offered help, the paramedics arrived, the store manager closed the car park and offered us anything we needed and I was even given a bunch of flowers meant for somebody else.

"I’ll never forget hearing ‘congratulations, your baby was born at 10.47am’ down the phone. It was magical and everyone was incredible. People really rallied and it was such a special moment for us."

The parents and baby returned home the same day to their other son, Theo, three, who was being looked after by his grandparents. 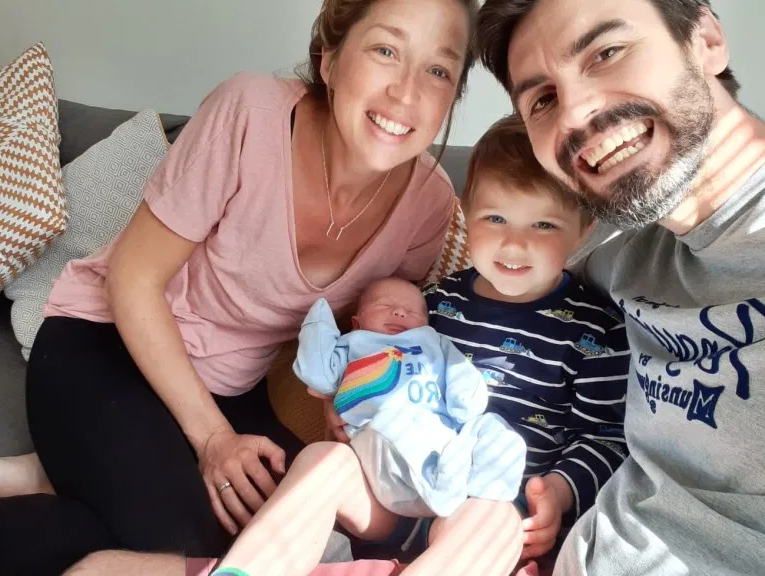 Hannah said: "Wilf is a trooper and incredibly calm. He’s chilled and super healthy. Theo has been an absolute star and is besotted with him. We’re all doing very well and we feel really lucky."