The story has been told about the man who arranges Muslim funerals for those in need during the pandemic. 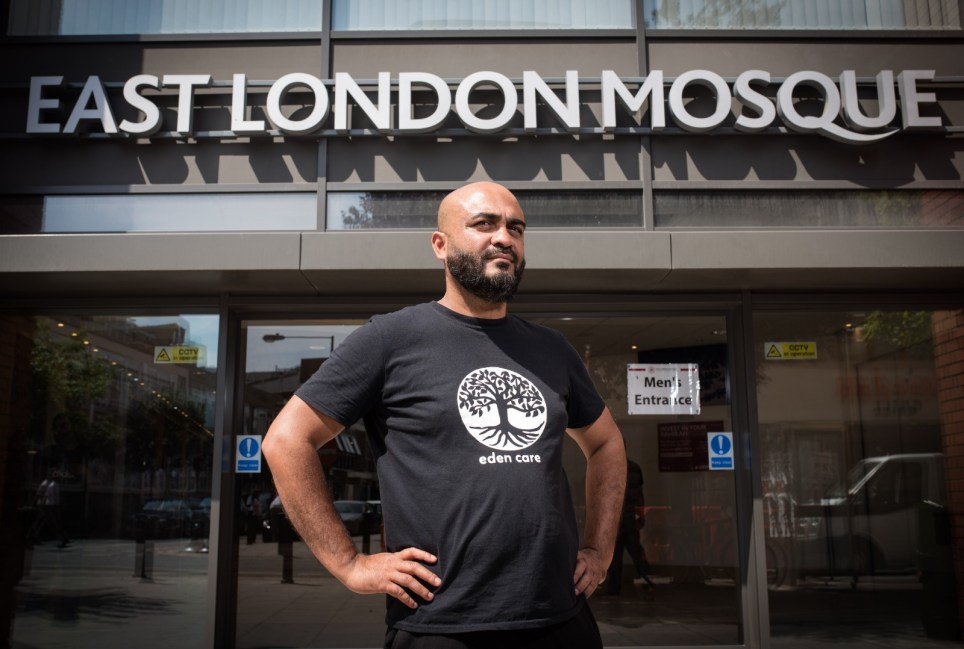 Abu and the charity he works for have been helping families affected by coronavirus (Picture: Abu Mumin)

Abu works at charity Eden Care, which provides financial relief for the families of Muslims and non-Muslims alike to cover funeral costs.

The social worker has been helping some of the most vulnerable in society – the elderly, the disabled, those without families, and the terminally ill.

Eden Care has a Muslim Burial Fund that helps families afford steep burial costs. The organisation also has a befriending scheme that supports terminally ill people towards the end of their lives so they don’t die alone.

The coronavirus pandemic has claimed the lives of millions of people around the world and has been tough on the charity.

Before the virus outbreak, they received on average three or four referrals a week. Now they deal with eight a day.

Abu and his charity had been helping people pre-coronavirus and were instrumental in coordinating the funerals of 42 Grenfell Tower victims.

They ensure the religious practices of the victim are adhered to and provide dignified services.

It’s taken an emotional toll on Abu who’s often been one of the only few attendants during funerals as the victim sometimes has no family or the members are self-isolating.

The sobering experience has made Abu want to quit the job a few times but he’s persisted.

Recently, they’ve dealt with the families of 22 Covid-19 victims who were unable to cover the exorbitant funeral costs, which can be up to £4,000.

Prior to the pandemic, many of the people the charity worked with were those who converted to the Islamic faith and had little family. Others were those whose legal statuses were unclear. 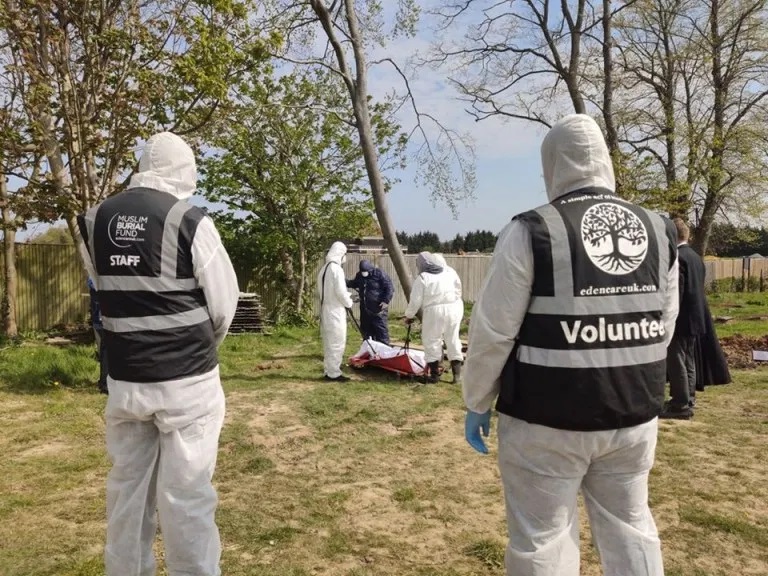 Now they’re seeing all kinds of referrals and are inundated with funeral help requests.

‘Some of the grounds are full so we are doing saff burials.’

Saff burials allow up to ten bodies to be buried on the same plot of land but in different chambers.

‘This allows ten graves to be buried in one go, with the deceased laid out in a dignified way,’ Abu says.

‘It reduces the waiting list and helps families because waiting to bury a loved one can be really tough. Families shouldn’t need to chase people to bury their loved ones.

‘Some cases are very heart touching,’ says Abu. ‘Especially where the breadwinner dies and the family has limited visits meaning it’s the last time little kids can see their loved one.

‘Even going to the graveyard and seeing the grave is not possible due to restrictions.

‘It’s hard, it’s very very hard. I dealt with one case where there were five kids and a single mum trying to deal with it all.

‘I felt like leaving my job because it’s very difficult to cope. But we need to get out, to help. These are people who are very vulnerable and need support.’

Their befriending service has been going well and they have 30 volunteers registered so far. These volunteers make sure a terminally ill person has someone to talk to and spend time with. It can be a relationship that lasts six months to two years.

Now that we’re all social distancing, the befriending happens virtually.

One of the people they recently helped is Hamza, who became Muslim some years ago.

Hamza contracted tuberculosis at a young age in 1997, which left him with a weakened immune system. 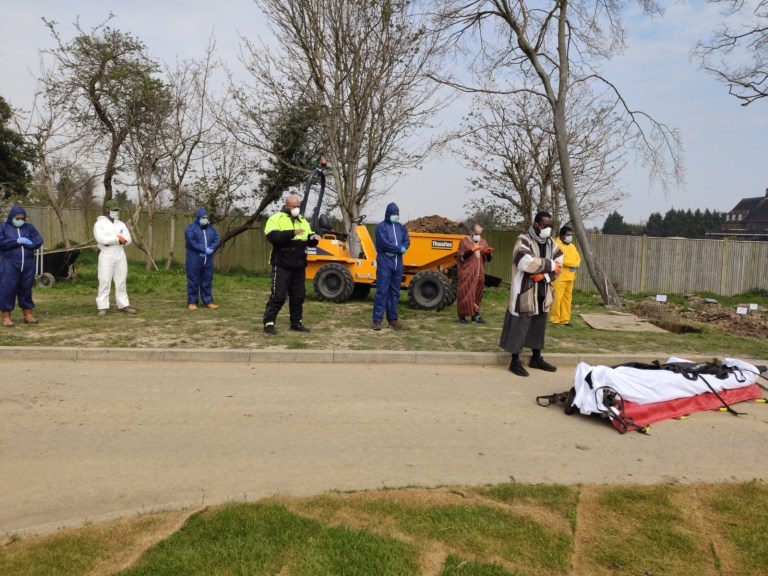 Since 1997, he has been a high-risk patient. For two weeks he was bedridden with Covid-19 and after speaking to his GP, he was told to stay home and self-isolate.

He became so weak, couldn’t get out of bed and his appetite became poor. Sadly, he passed away in March and his family were unable to pay for funeral costs.

‘We assessed the situation and found that they were in need of our help. His sister couldn’t afford to pay any money towards the cost of the funeral and there was no one else who could make any contributions either.

‘We then carried out a public appeal and set out a campaign to raise money for his burial.

‘Alhamdulillah (praise be to God), through the goodwill of our donors, we managed to raise the money and bury him with a dignified Muslim burial.’

Abu wants other families to know that there are options out there if they’re struggling to make ends meet.

‘The pain of Covid-19 is incredible,’ he says. ‘We need to keep spreading the message that this is serious.

‘We helped victims of the Grenfell fire but this is on another level. It affects every one of us. It’s very upsetting, a large number of people are dying.

‘It’s devastating to see people who don’t have the infastructure, family suport in the UK, they can be really isolated. There’s also a language barrier and how things work. It’s difficult to watch these families go through so much hardship.

‘The Muslim Burial Fund can help. Our message is that we need to get the burial done as soon as possible in the most dignified way.’