A Nigerian man has been lambasted after sliding into the DM of a South African lady to insult her. 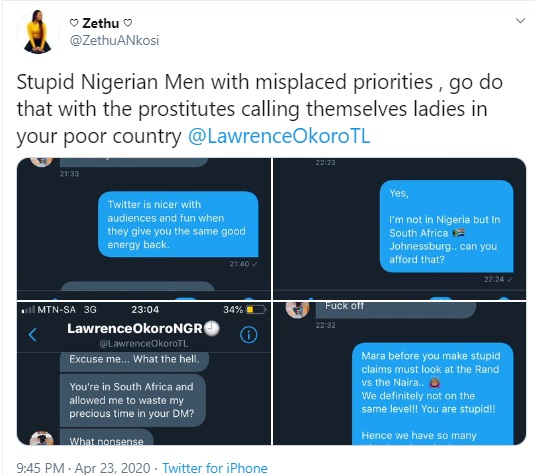 An online chat experience between a Nigerian man and a South African woman went awry after the two crossed paths on Twitter following a slight disagreement.
A Nigerian man, Lawrence Okoro had jumped into the DM of the South African lady known as Zethu Ankosi on Twitter to ask her out.
Well, things moved very fast from there after he realized that the woman lived in faraway South Africa.
When she asked him if he has money to fund her flight ticket, Okoro became angry and threw words at her, sayinng ''What the hell, you just made me waste time and data on a fruitless journey'' he wrote
To which the South African girl asked if he was used to spending money ''on his cheap Nigerian girls'' .
It led to an exchange of words between the pair, and the South African lady posted the screenshots of the chat on her Twitter handle.
''Stupid Nigerian Men with misplaced priorities , go do that with the prostitutes calling themselves ladies in your poor country @LawrenceOkoroTL'' she captioned her post
See the chats below: 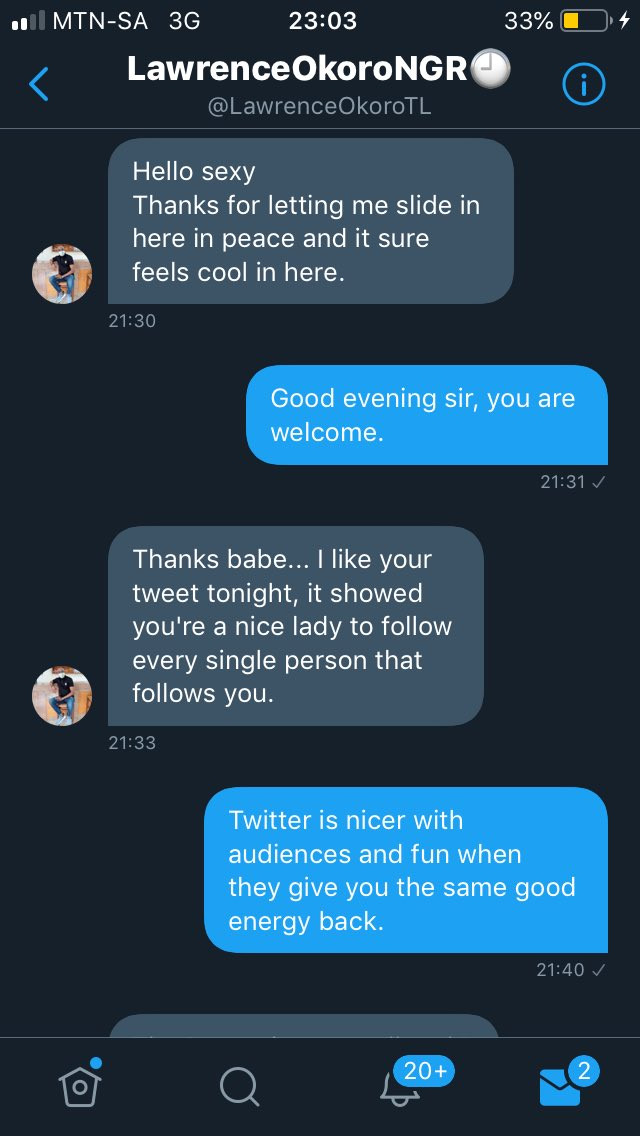 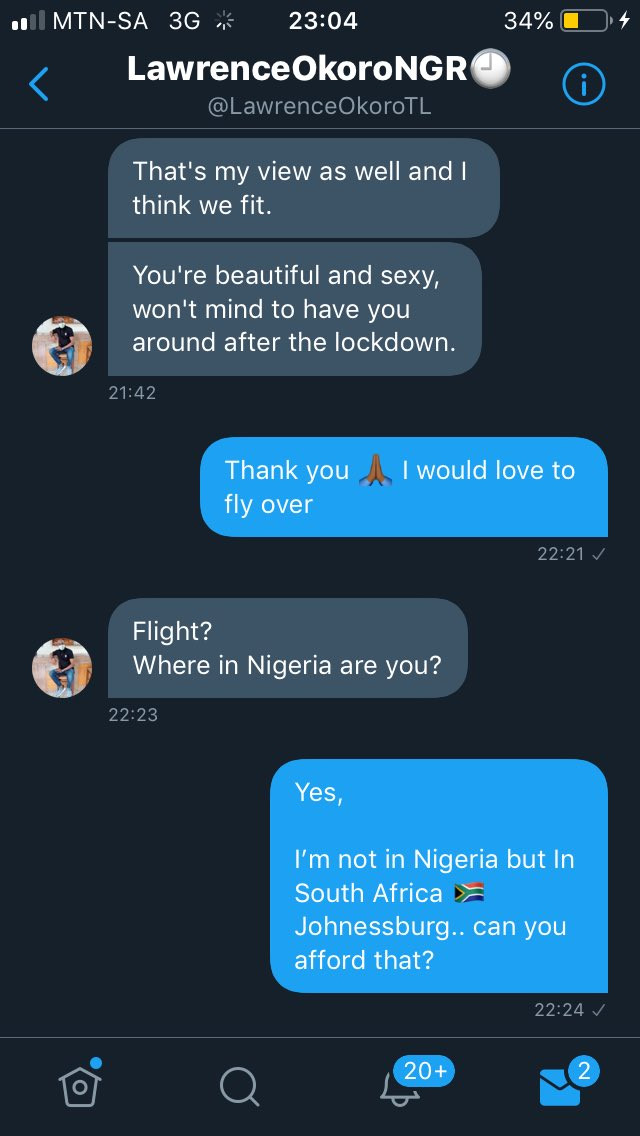 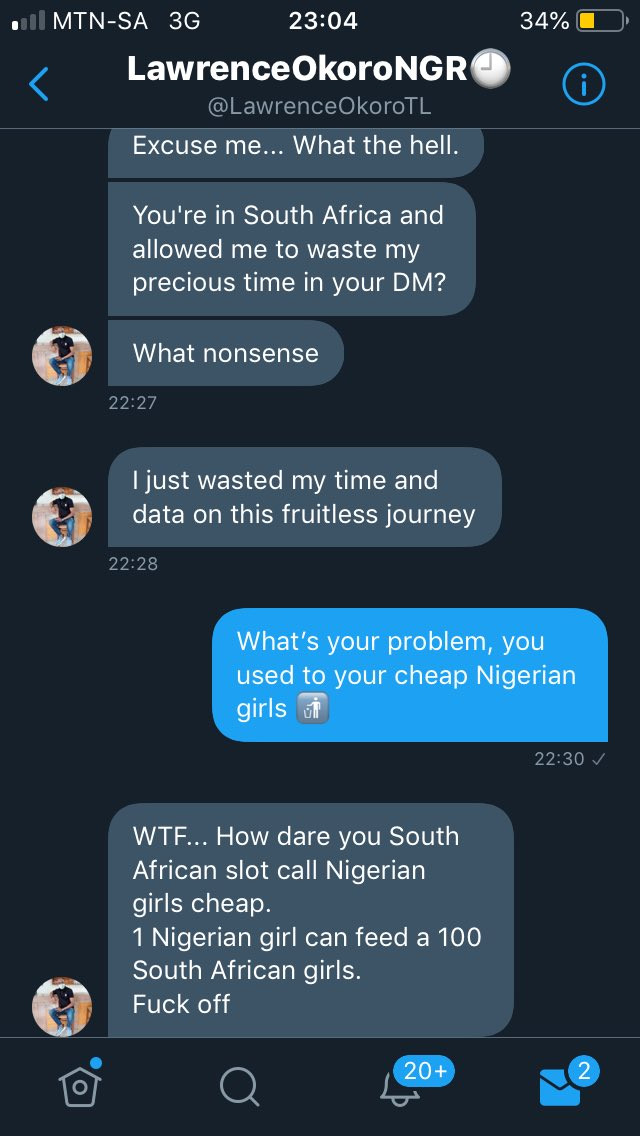 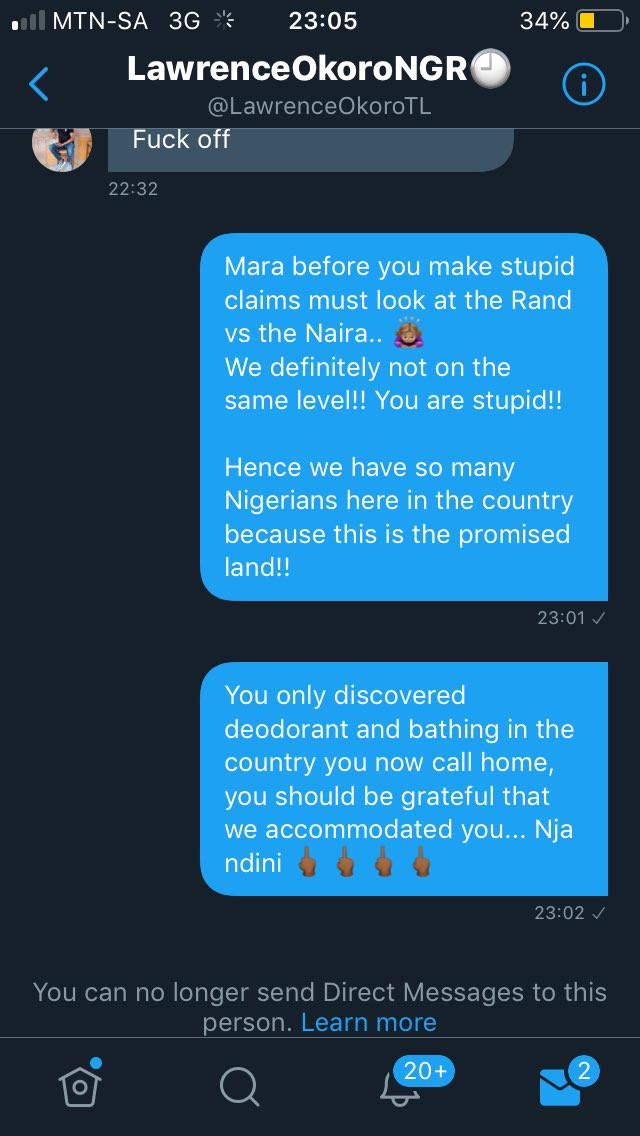 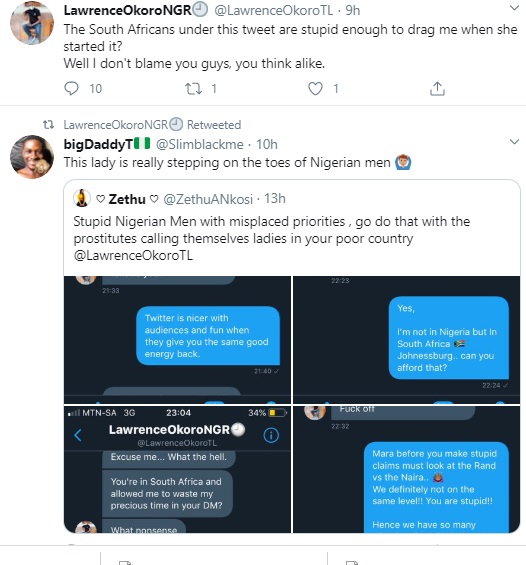 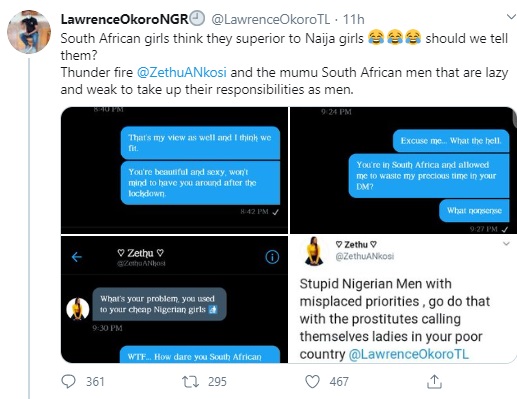