Tinubu's ‘Most Trusted’ Aide Dies After A Brief Illness (Photo)


A member of the All Progressives Congress and trusted ally of Bola Tinubu has died after a short battle with illness. 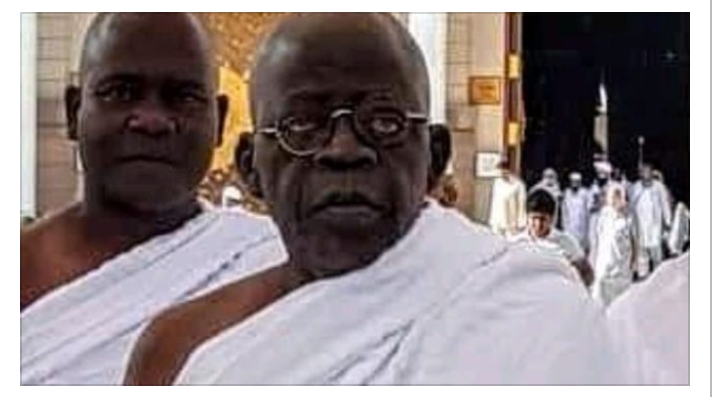 Bola Tinubu and Lati Raheem
The death has been announced of Lati Raheem, the chief security officer to Bola Tinubu, a national leader of the All Progressives Congress (APC).
He was the most trusted aide of Tinubu, according to TheCable.
“He was sick briefly and hospitalised. He had high blood pressure and diabetes. He died in early hours of Friday,” the source said.
Raheem had been on Tinubu’s team for over 20 years and was the only aide still left from his time as governor of Lagos state from 1999 to 2007.
He will be buried according to Muslim rites on Friday, the first day of Ramadan, which is the holiest month of the Islamic calendar.
President Muhammadu Buhari recently lost his most trusted aide, Abba Kyari, following complications from COVID-19.
He also lost his bodyguard, Lawal Mato, to complications from diabetes four days later.
Top Stories

Revealed! Nigerian Lady Who Was Offered For Sale In Lebanon Has Refused To Return Home
Recent Stories