A former Nigerian lawmaker who served in the senate has died after leaving his family members in tears. 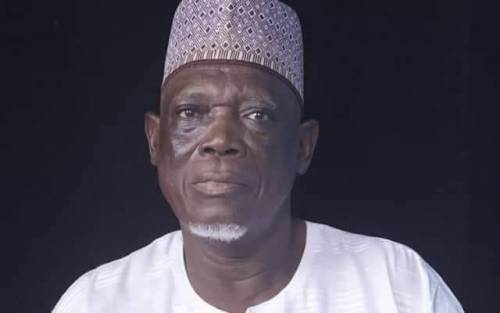 Senator Paul Wampana
Paul Wampana, a second republic senator and chieftain of the Peoples Democratic Party from Adamawa State is dead.
Senator Wampana died in his sleep in the early hours of Sunday at his Abuja residence, according to his nephew, Sylvester Ahmadu.
The deceased, who was born in 1946 at Vimtim under Mubi Local Government Area of Adamawa, was the Speaker of the defunct Gongola state House of Assembly during the second republic.
Apart from being a senator representing Adamawa North, Wampana was also the Minister of State for Public Health under the Shehu Shagari administration in 1983.
Reacting to the death of the former lawmaker, Senate President, Ahmad Lawan, commiserated with the family.
Lawan also sent out his condolences to the government of Adamawa State, friends and political associates of the late Senator.
He noted that Wampana contributed immensely to the political development of the country.
Lawan, in a statement by his Spokesman, Ola Awoniyi, noted Wampana’s active involvement in politics as a Speaker of the defunct Gongola State House of Assembly, a Senator representing Adamawa North Senatorial District and later as a Minister of State for Public Health during the Second Republic.
Lawan said the former lawmaker will, no doubt, be missed by Nigerians.
The Senate President prayed for the repose of Senator Wampana’s soul.
Also reacting, Governor Ahmadu Fintiri said, “The state is deeply saddened by the loss of a man with a strong political and moral voice who has played a great role in the development of the Peoples Democratic Party and the nation at large.”
The governor also noted that the former Zonal Vice Chairman, North East of the PDP would be remembered for his role in the establishment of Federal Polytechnic, Mubi in the state.
Top Stories