The man says he has been banging his head against a tree every day for the last five years to condition his body. 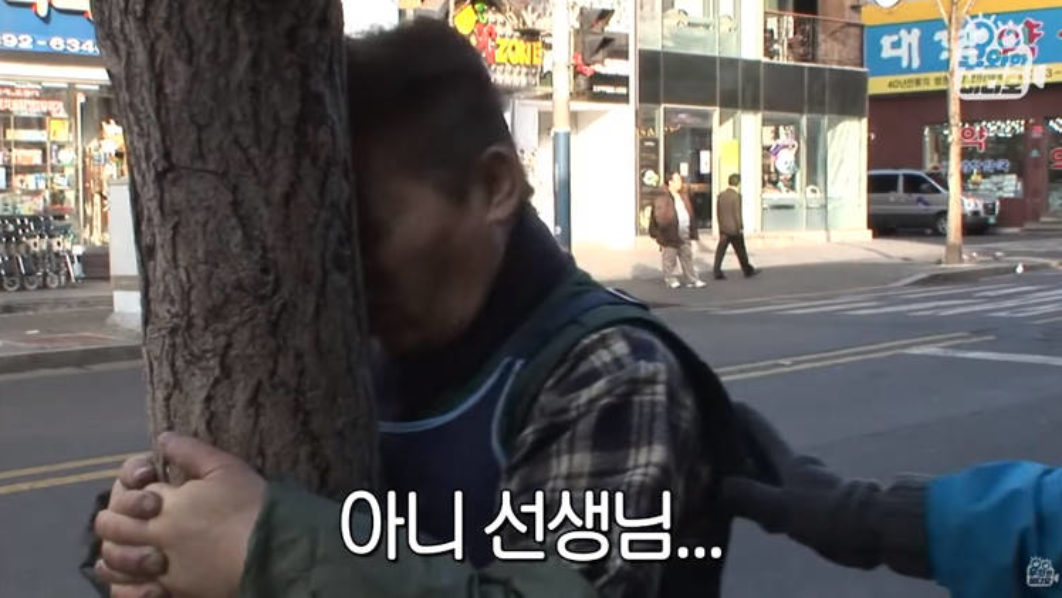 Should you come across a man banging his head violently against a tree in the streets, what would your reaction be?

A shoe repairman from Seoul’s Sinchon neighborhood does exactly just this and his bizarre case was featured on South Korean television last month.

The man says he has been banging his head against a tree every day for the last five years to condition his body.

During his April feature on South Korean TV show X SBS WOW, he showed his forehead callus to prove that he has been doing a lot of headbanging for quite some time.

X SBS WOW visited the unnamed shoe repairman last month and managed to capture his bizarre daily conditioning regimen on camera. The man steps out of his little street-side shop and after stretching his arms a few times, he starts banging his shoulders against a nearby tree. That’s only the beginning of his routine, though, as the main part of the training involves slamming his forehead against the bark-covered tree trunk.

Of course, that must hurt a lot and at a point in the video, the reporter tries to stop the man from hurting himself by pointing out to him that he has blood on his forehead. 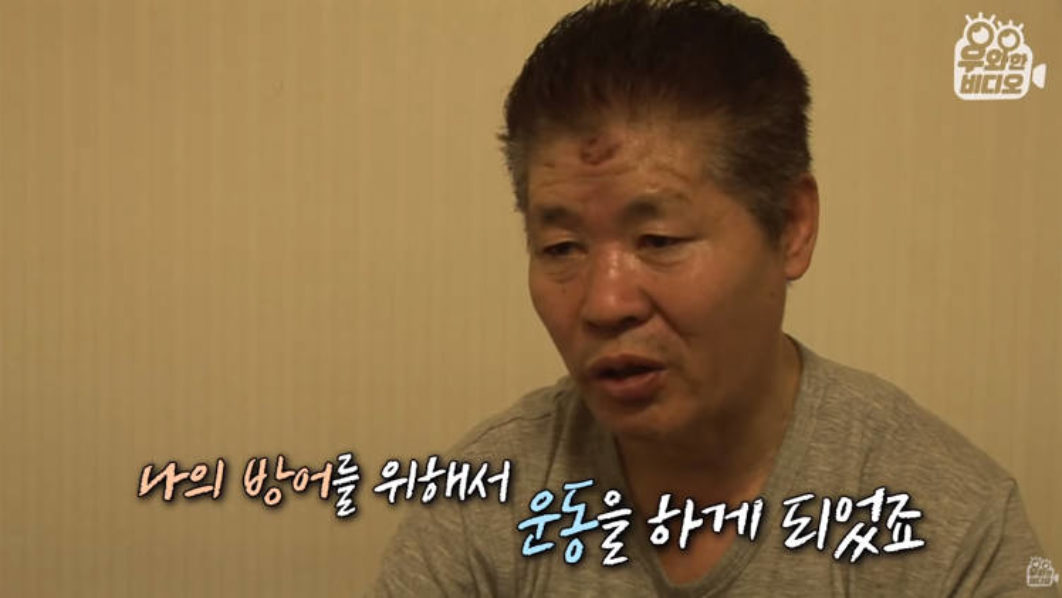 The daredevil shrugs off the concern by saying that this is his regular exercise routine and that the injury is just skin deep and nothing to worry about.

When he is done exercising for the day, he returns to his little shop, where he proceeds to apply some antiseptic to his forehead. He then lets the reporter touch the scar in the middle of his forehead, so he can feel the callus that has developed underneath the skin.

Apparently, the scar never has the chance to heal properly because he bangs his head against the tree every day.

Explaining why he goes through this unusual daily training, the man said that he used to be a boxer when he was young. Sadly, he had to give up the dream to be the best in the sport after starting a family.

As he hasn’t had the time or money to visit a boxing gym in decades, he came up with the unique training regimen to condition himself and convince people that he wasn’t someone they’d want to mess with.

“Maybe some will laugh at me, but most people wouldn’t harm someone that does what I do,” the man said.

Despite being taken to a local boxing gym by X SBS WOW in a bid to rekindle his passion for boxing and give up his dangerous daily habit, the man is unsure if he will give up his headbanging.

Asked if he would give up head-banging for boxing, the man hesitated and then said that he’ll probably keep doing his thing until he turns 65, and then stop.