Buba Galadima has spoken on why he is proud to be referred to as 'Abacha boy', explaining why Abacha stashed billions abroad. 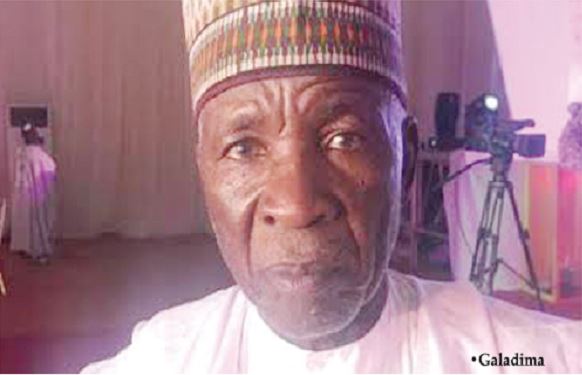 Buba Galadima was a member of Board of Trustees, National Party of Nigeria (NPN) in 1978. He was at some point, the National Secretary, defunct Congress for Progressive Change (CPC). That party, in the run-up to the 2015 general election, went into alliance with other parties which formed what is now known as All Progressives Congress (APC). In this interview with OMOLARA AKINTOYE, Galadima talks on why he is proud to be referred to as ‘Abacha boy’, among other issues. Excerpts

Donations towards Covid-19 appears to be coming from all angles, including from abroad, how do you think they can be properly put to use.

I have a different opinion and approach. I was quoted to have said that every Nigerian that wants to donate should please donate in kind, not in cash. I still stand by that.  By this, I mean that if you are giving N100m, go to a rice mill, buy at market price, then carry the rice to the authorities or better still, take it directly to the needy.  But if you give a cash donation, they would use the money as contract and purchase things four times their cost. By doing that, the people the money is meant for are the ultimate losers. If you are donating money from outside, please don’t give these people cash because nobody believes them. They were accusing the PDP as rogues then, with what they are doing now, they no longer call PDP rogues. Tell me the last time the APC government calls PDP rogues? From top to bottom, when last did they accuse PDP of being rogues because all the rogues in PDP have migrated into their fold. They were talking about corruption at the initial stage, but now, the energy and enthusiasm to fight the so-called rogues have gone. It is no longer there. Anybody or organisation that really wants to help Nigeria, either here or outside the country I beg them, they should send us testing equipment equivalent of the cash they want to give us. Our rulers, not leaders, in successive governments, don’t believe there is going to be another day called tomorrow. They forget that there was yesterday. They only believe in today and that is why they do things with impunity without minding what will happen tomorrow. They forgot that they are ordinary human beings, created by God, being opportuned to act as leaders, not rulers.

I am one person who never hides his feelings. I say it the way they are. I am entitled to it. In the said publication, when you read it, and knowing me, you would know that it couldn’t have emanated from me. It’s not my language. And you know it. They said I tried to cast aspersions on the late General Sanni Abacha and that he arrested and detained me. I was a Principal Officer of the Abacha government. I think some people just wanted to use my outwardness to express their views. And I would have no grudge if they had not brought my name into it. That was why I issued a retraction that in my culture and religion, it is abomination to speak ill of the dead. I never had any personal grudge or jealousy with the late Abba Kyari. And in all my utterances in public discuss, I have never mentioned his name or any person’s name close to this government. But if you dare mention my name, no matter who you are, and you saw how I dealt with Oshiomhole and Garba Shehu, they have since refrained from mentioning my name again because once you say Buba Galadima says this, I know your history, I will wash you completely and take you to the cleaners and deal with you. I have no quarrel because I know Abba Kyari never appointed himself. Somebody else appointed him. So, any action he must have taken in public office, he must have done it on behalf of his principal.

Talking about the late General Sanni Abacha, the Federal Government just recovered another money stashed away by the Abacha Government; $311 million which the government plans to use on the economy.

I have a completely different idea about what you called Abacha loot. I know as a fact that at that time, Abacha with knowledge of key members of his government, who knew about this money being stacked out, he was rightly adviced by some of his colleague presidents around the world

Saddam Hussein was one of them. Muammar Gaddafi was one of them. They adviced him that there was the likelihood that the US could sanction Nigeria and as such he should save money outside that could last the country, at least, six months, even Nigeria’s account was blocked by the US, there won’t be panic. I was a key figure in that government. I was one of the so-called Abacha boys if you must know. I was the Director General, National Maritime Authority, whereby export and import to Nigeria, including crude, were directly coming under my desk. So, am in position to talk about Abacha and the so-called loot. Now regarding the repatriation of the money, I fault the government in two areas about the action taken so far. At a point, one of the spokesperson of the government said they were going to use the money for palliative. At another time, the Attorney-General has come to say that the monies are going to be used for the construction of Abuja-Kano road, 2nd Niger Bridge and the Ibadan Lagos expressway. That is double-speak. And they should know, no matter who speaks for the government, Nigerians do not trust this government. Besides, whatever they want to use the money for, they have no power, under the Nigerian Constitution, to just spend the money without proper appropriation by the National Assembly. Whatever they want to do, they have to go to the National Assembly, for the proposal to be scrutinized by the entire country as represented by the members of the National Assembly and they get approval. The government is not Alpha and Omega to determine any expenditure. It is the sole prerogative of the National Assembly to determine how money is to be spent. Whatever they want to do with the money, let them know that it would be unconstitutional to sit in their offices and allocate money to their friends and say they are distributing palliatives. Unless the National Assembly appropriates, they should know that they are breaching the law and it is an impeachable offence for the president.

You said Abacha stashed the monies abroad because of an impending US sanction, but a lot of Nigerians believe otherwise.

It is true that some Nigerians believe Abacha was a monster and you cannot fault their ignorance.

So their views are based on ignorance

Yes of course. It is based on ignorance. But the truth of the matter is that we are running a constitutional government called democracy. People can hold different opinion provided it does not encroach on another’s liberty. What I have said to you now is my own opinion based on what I knew of the government and the man at that time. I am pretty sure that if the late Professor Sam Aluko was alive, the genius who wrote Abacha economic policy; he ran perfectly the Abacha economic policy; Aluko was a man of intelligence and integrity, he managed the economy well at that time that naira was going for 9/11 dollars. Credit must be given to him. The crude is selling for 20 dollars per barrel and everybody is crying and that is because there was no good economic plan in place. Aluko acknowledged the presence of these monies before he passed on. If they say Abacha was a monster, my answer is, at least he held the country together and everybody knew you could not trample on our laws without being dealt with.

The two weeks relaxation by the federal government regarding the coronavirus lockdown had been criticized because the action could further endanger the lives of the citizens.

Let me acknowledge something, the fact that there are a lot of ignorant Nigerians, including those in the academia. Most of you are not informed. We have to strike a balance between the two. There are lots of people who thought it was the responsibility of the Federal Government to free them since they locked them up.  I think the issue is first and foremost self- preservation. We have to be alive before we can eat. If we are not alive, there is no way we can eat. There are a lot of people in the intensive care unit (ICU) who cannot eat. But we must still strike a balance. The problem is that nobody believes this government; if not, they could have commissioned some people, respectable people in the country. And they are everywhere, to educate the masses, the common man, that what we are doing is not for the government, it is for your common good, so that you will not lose your life. Once they do that and the people key into this, it becomes easier to manage them. Again, whatever palliatives they have, they honestly and truthfully distribute it to the needy.

Again, let it be clear, especially to the donors that we don’t want money from them but equipment. Let them provide isolation centres, provide ventilators, hand gloves, sanitizers, face masks. We don’t need money. Or more importantly, let them provide food. If you say for example, Buba Galadima, you have little, why not provide for five people in your area. Tell another person like that and spread it so that they can let you sleep well in the night. The most important, I think the government should suspend the budget completely. After all, the Nigerian budget is being stolen. How many people are working? In every ministry, not more than 15 people are working: The Director of Finance, Director of Procurement, the Cashier, the Permanent Secretary who approved the budget and the minister who directs. Apart from all those, who else, so suspend the budget, especially the current budget. When you suspend the budget; pay attention to some key ministries that are essential to everyday life: Ministry of Health, Power Ministry and Internal Affairs Ministry. Cut the salaries by 50% and inject the cuts into the palliatives. We don’t need capital budget for now.