The 48-year-old accused pastor who is from Akwa Ibom State is reportedly married with five children. 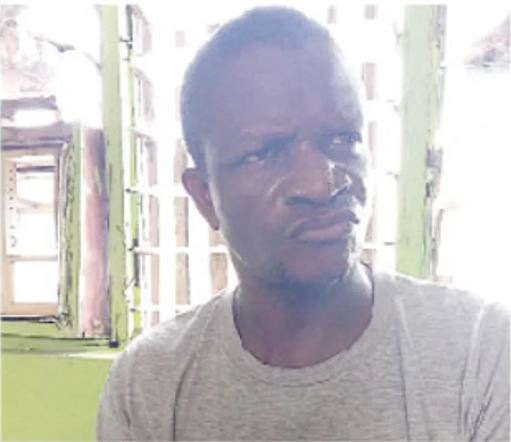 According to a report by The PUNCH, regret has now become a companion of a zonal pastor of a popular Pentecostal church in Benin City, Edo State,  Emerson Otobong, accused of defiling five minors.

The 48-year-old pastor from Akwa Ibom State is married with five children and two of them were preparing to secure admission into the university. His first child who is 18 years old would rather keep mum over her father’s travail.

At their house on Ekenwa Road, Benin city, Mrs Elizabeth Otobong, who sells pap, appeared worried as our correspondent called at their abode.

It’s expected because in the last two months of Emerson’s travail following his subsequent arrest and detention by the police, no one has come to visit the family.

Elizabeth said, “Nobody visits us except the church woman leader who called me on the phone to encourage me. I couldn’t even call his mother to inform her of what is happening because if I do, she will collapse and die. His father died recently and he has not been buried. The burial was earlier fixed for April but it was postponed for two months because of COVID-19. They are waiting for Emerson before they could bury him because he is the first and only son of the family.’’

Some neighbours who saw Emerson on television when the police paraded him have also continued to ask the Otobongs probing questions about their breadwinner.

“Many people have come to me to say they saw my husband on television, I will say ‘oh you also saw him? It has happened already and there is nothing I can do. All I know is that this phase shall also pass,” she said.

When Sunday PUNCH spoke with Emerson, he was almost incoherent. He could barely mumbled words out of his mouth. After a long wait for his response to a question, he said, “I am disturbed psychologically, physically and emotionally. I cannot talk now. For everything that has happened, I am ready for the consequence and I will face it. As you can see, there was no single mark on my body. This is because I told them the truth. I am the one who reported myself to my general overseer and the police.

“The court has been fixed for June 11. I will not say anything again until I see my lawyer. You have identified yourself as a journalist and I appreciate that.”

He spoke for few minutes more, quoted a Bible verse and later faced the Investigating Police Officer, saying, “Please take me back to my cell. I know this is between me and God. He will do justice to whoever is in this. I know there is something somewhere trying to gain control of me but God will come to my rescue.”

In their 20 years of marriage, Elizabeth had coped with Emerson’s extra-marital affairs which often caused her embarrassment.

She added, “I know him to be an honest person but when this incident happened, he did not want to open up to me. I don’t even know how to describe him even though he is my husband of more than 20 years but he is a truthful man. Yes, I know he used to have girlfriends and in fact, it is one issue that used to cause quarrel between me and him. On many occasions, I have caught him. I tried to talk to him to stop the habit but he continued doing it so I got tired of talking. On many occasions, he promised to stop but then I would still catch him. I never knew he could go to the extent of sleeping with minors and that is why I am beginning to suspect that this thing is not ordinary.

“Most of the time after he has done the act, his eyes would be become clear and he would then begin to ask questions and wondered why he did it. I feel there is something behind his actions. It’s like something has spiritual or demonic influence on him.”

On May 8 when Emerson was paraded by the police, he confessed that after having carnal knowledge of the minors multiple times, he had to confess his deeds to his general overseer because he felt there was ‘an influence’ on him.

“After sleeping with them for several times, my conscience troubled me, so I went to confess to my G.O. I don’t know what pushed me. I don’t really know what’s wrong with me, I really feel sober for my deeds,” he said.

Sunday PUNCH gathered that the victims whose ages ranged from 6, 7, 9 to 11 were children of church members. The incident happened between December 2019 and February 2020.

The spokesperson for the state police command, DSP Chidi Nwabuzor, said the suspect made statement and confessed to the crime.

He said, “The case has been charged to court and the suspect remanded in police custody due to COVID-19 to appear in court on adjournment day: June 11, 2020.’’

One of the victims’ neighbours who spoke on condition of anonymity said they moved out of Edo State to Lagos as they became unable to cope with the trauma and stigma.

The neighbour added, “Immediately the news of the incident became public, the families of the victims relocated out of Benin to Lagos. They could not bear the shame and the stigma. Everybody usually talked about them whenever they saw them. You know it’s a church where almost everybody knows themselves so they have to leave to start life afresh in Lagos.”

Pastor Remi Yesufu who spoke on behalf of the church described the incident as unfortunate, adding that there was nothing the church could do because it didn’t instigate it.

Yesufu stated, “We couldn’t have instigated him to do that and so we cannot be liable and so the kind of crime that was committed is not a crime that can be committed by an inanimate object. A building cannot sleep with a human being. The person who committed the act is a human being because certain things must have occurred before this happened.

“When the matter came to the knowledge of the church, the church took an appropriate action. Immediately, the suspect was relieved of his duty and was de-ordained.  His original certificate of ordination was withdrawn.

“Those were the things we needed to do legally and we did them. It would have been a different matter entirely if it was not a criminal matter. I am sure you read the charge sheet which says The State versus Emerson not any of the affected families. The crime was committed against the state and not against the families. That is why it is not a thing that can be settled out of court. It has to be determined by the court. The general overseer gave the instruction that he should be handed over to the police.”