The agency noted that the product would be subjected to the normal procedure but that the process would be fast-tracked. 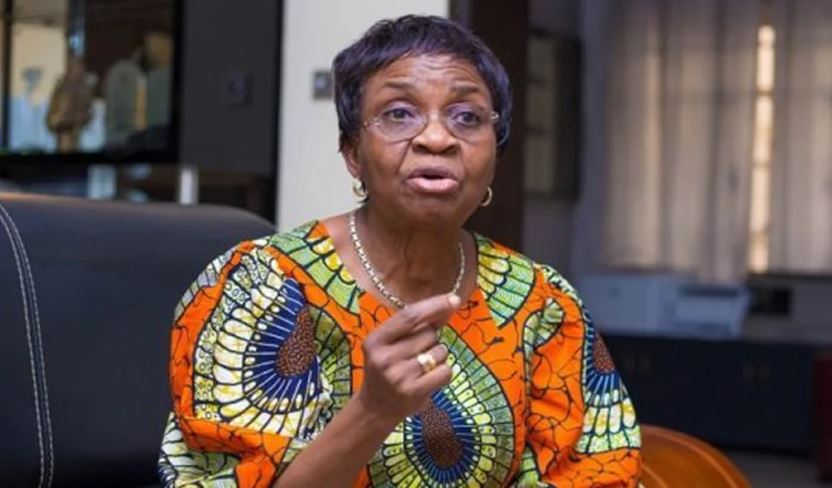 Following the arrival of the Madagascar herbal cure for COVID-19 in Nigeria on Saturday, the National Agency for Food and Drug Administration and Control has promised to fast-track the laboratory examination of the drug, named Covid Organics, The PUNCH reports.

The agency, which regulates and controls the manufacture, importation, exportation, distribution, advertisement, sale and use of food, drugs, cosmetics, medical devices, packaged water, chemicals and detergents, noted that the product would be subjected to the normal procedure but that the process would be fast-tracked.

President Muhammadu Buhari, had while receiving the samples of the product, also known as CVO, from the visiting President of Guinea Bissau, Umaro Embalo, at the presidential villa noted that he would first “listen to science” before allowing the product or any new medicines to be used in Nigeria.

The President told his guest that the relevant regulatory institutions in the country would need to endorse the product before it could be used by Nigerians.

“We have our institutions, systems and processes in the country. Any such formulations should be sent to them for verification. I will not put it to use without the endorsement of our institutions,” Buhari told Embalo.

Meanwhile, in an interview with Sunday PUNCH on Saturday, NAFDAC’s Director of Public Relations, Dr Abubakar Jimoh, who spoke on behalf of the agency’s director-general, Prof Mojisola Adeyeye, noted that the agency would prioritise the laboratory examination of the product once it received it from the authorities.

He said, “When the drug arrives, it will go to the Minister of Health who will in turn hand it over to NAFDAC through the PTF. It is after that we would start our laboratory examination. It will be subjected to the normal procedure.

“We would expedite action on this because everyone is anxiously waiting for the result. We would speed it up but it will still have to go through the normal laboratory analysis and medical evaluation.

“Unlike the orthodox medicine, with the herbal medicine, it is given linctus status, it is not given full registration and that means it has a life span of two years, unlike normal drug that has a life span of five years. So, this is what will be applicable to the Madagascar drug. We would ensure that the claims being made are true.”

When asked how long it could take for the laboratory examination to be concluded, he said the normal procedure was three months but that given the situation at hand, the process would be prioritised without compromising the efficiency of the process.

He said, “The normal mandatory procedure is three months, but under this emergency, we would give it a top priority to come out with urgent results. In the process of the evaluation, if NAFDAC needs to get in touch with the manufacturers we will. It all depends on the analysis in the lab.

“This kind of drug does not go through a clinical trial at this stage; it is only when it wants to go through registration that it will be subjected to clinical trial. We are only going to determine its safety and efficacy now.”

Embalo had during the visit said his main reason for visiting Buhari was to thank him and seek his fatherly counsel after the tussles that attended the general elections in Guinea Bissau, which he won.

He disclosed his plan to form a government of national unity and follow in the footsteps of Buhari to begin a war against corruption.

Embalo added that his new government inherited myriads of challenges and would require the “big brother” support of Nigeria to pull through, adding, “The problems of Guinea Bissau are problems of Nigeria. I have come to you as your son.

“I need your help and assistance to make the people happy. I will not let you down; neither will I put you in any difficult situation.”

Buhari, who commended Embalo on his victory and for being able to stabilise his country, noted that Nigeria was determined to keep West Africa politically stable, promising to support the new government in Guinea Bissau.

He said, “I commend your political dexterity in getting the opposition to join the proposed unity government. I will cooperate and help in every way possible.”

The Senior Special Assistant to the President on Media and Publicity, Mr Garba Shehu, said in a statement that Buhari seized the opportunity to praise the President of Niger Republic, Mahamadou Issoufou, for the “good work” he had done in the West African sub-region.

Issoufou is the current Chairman of the Economic Community of West African States.

Following the criticisms that greeted the planned importation of the Madagascar drug into Nigeria, the Chairman of the Presidential Task Force on COVID-19 and Secretary to the Government of the Federation, Mr Boss Mustapha, said on Thursday that Nigeria did not request the herbal medicine from Madagascar.

Mustapha stressed that the President had given a clear instruction that he should subject the product to the same validation process any internally manufactured product would be taken through and that he should make arrangements to “freight it home.”

Meanwhile, the President of Guinea Bissau personally delivered the products to Nigeria on Saturday.

The Regional Director of World Health Organisation office in Africa, Matshidiso Moeti, said at a media briefing on Thursday that the WHO was “in touch with the government of Madagascar.”