Several gunshots were heard around the palace and one man was said to have been arrested in connection with the incident. 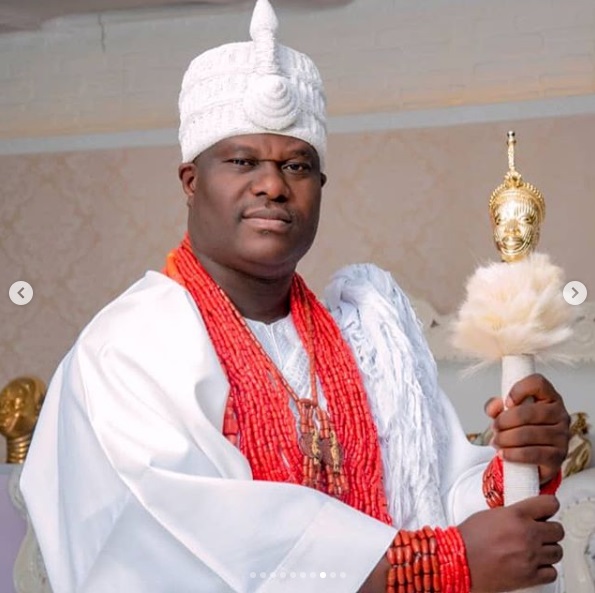 According to The PUNCH, a yet-to-be-identified man on Tuesday evening broke two gates and forced his way into the compound where a house occupied by the Ooni of Ife, Oba Adeyeye Ogunwusi, was located in his Ile Oodua’s palace in Ile Ife.

According to sources, several gunshots were heard around the palace and one man was said to have been arrested in connection with the incident.

A source in Enuwa where the palace is located, who preferred anonymity, said a man driving a Mercedes Benz car with two passengers, had driven to the entrance of the palace some minutes to 7pm.

The security men at the entrance, it was learnt, however, denied the vehicle entry and asked the driver to park.

“But before they could check the vehicle, two of the passengers had disembarked and ran away, while the driver forced his way in. He hit the first gate and drove straight towards where Ooni lives.

“He also succeeded in breaking the second gate and was already near Ooni’s residence. He later disembarked. The man was dressed in a long robe and had a dog with him.

“The dog was later shot dead, while the man was apprehended. The man was later taken to Moore Police Station in Ile Ife,” the source said.

Efforts to reach the spokesperson for Ooni, Moses Olafare, were unsuccessful as calls to his mobile line did not connect, while he had not responded to inquiries through text message sent to him as of the time of filing this report.

However, a source in the palace, who preferred not to be named because he was not authorised to speak on the issue,  told our correspondent that a man, who forced his way into the palace was arrested by security men.

He added, “It was not an attack on the palace or Kabiyesi as being insinuated. The gunshots people heard must have been when security men shot at the dog the suspect came with.”

Spokesperson for the Osun State Police Command, Yemisi Opalola, could not also be reached through her mobile number, as calls to the line rang out.