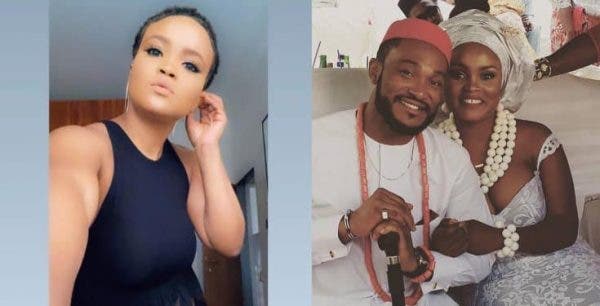 Esisi cautioned a fan not to spread fake news about her failed marriage
Nollywood actor, Blossom Chukwujekwu’s ex-wife, Maureen Esisi has broken her silence after a lady claimed her marriage crashed because she was barren and promiscuous.
Speaking on the allegation, Esisi cautioned the accuser against making such a false claim saying she was never promiscuous in the marriage that lasted for just a year and it would be nice if people face their business as no one was with her in the marriage.
Read her post below:
“Shit I Receive Daily… First Scape Goat!!!!!… When will this End???… The Relationship Sailed almost a Year ago.. Can y’all negative people move past it??? Please?????? Enough!!!!!!!!!!!!!!!!!!! He is calm, But me I am not well oooooo… I have been trying to face front for a while now but y’all keep making me mad Asf!!!!!! Have sense ooo,
My name is Red ooo, I don’t just Bark, I Dey bite ooo… Don’t “thought” and come near me hence forth, you didn’t liv in that marriage with Us and u must be Foolish to even believe anything those so called “authentic” blogs wrote… ENOUGH!!!!!!!!!!!!”
Maureen recently revealed in a social media post that one of the things she would love to have is a child. 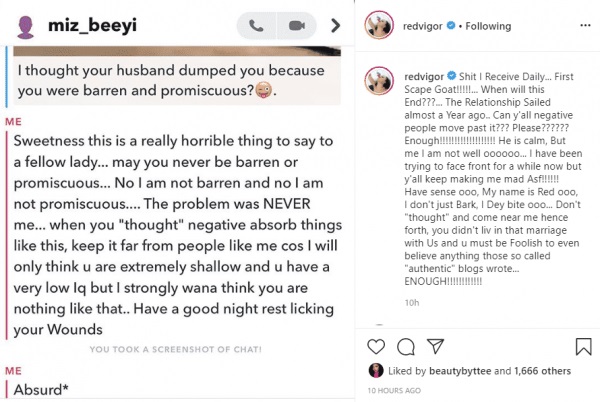